Our friends are planning an exotic vacation for fall...travelling by plane and cruise ship to the Orient...and visiting places that I have only read about books. Maybe one day we too will experience such a trip of a lifetime...but for now, we are content with the sampler vacation we took on Friday night. 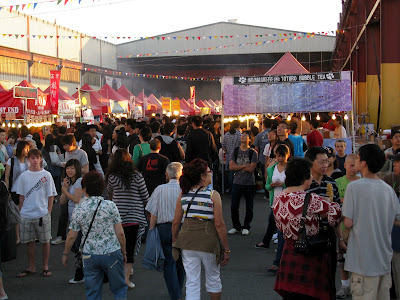 We live in a rural community...with a largely Anglo-Saxon population...but just a short drive away is one of North America's largest Asian communities. After hearing about the most successful Richmond Night Market...held on weekend evenings throughout the summer months...we decided to go check it out.

It was everything we had heard...and more! A giant Asian flea market...with over 300 vendors...an exotic food fair...and live entertainment for our listening pleasure...were all part of the package...which came with free admission. 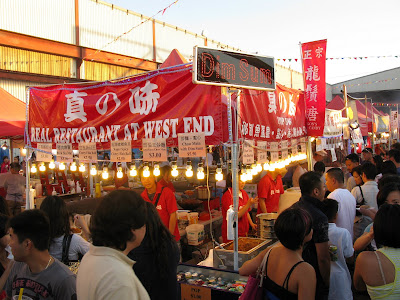 We parked some distance away...and followed the crowds...since we had no idea where we were going. Could thirty-thousand people all be wrong?

We strolled past all the booths selling 'designer' items at rock bottom prices...and followed the crowds to the food fair. 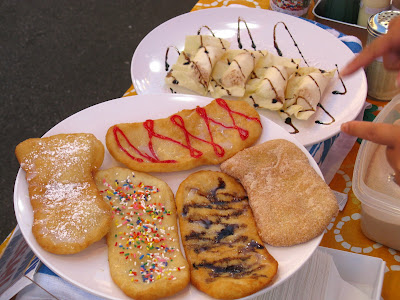 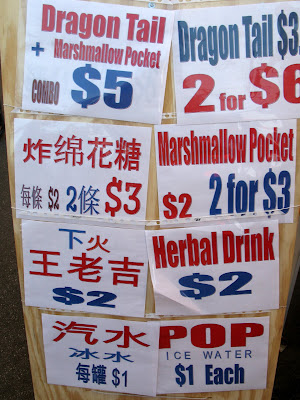 ...and there were a few signs that I could actually read! 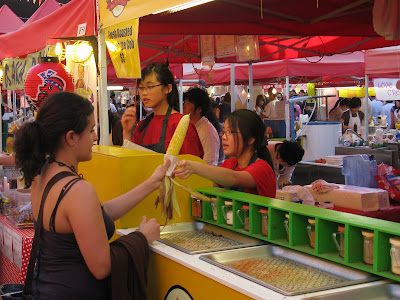 The booth with fresh roasted corn had a long line-up at all times. 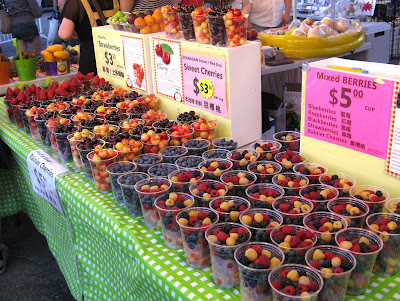 The fresh fruit looked most inviting...but there's plenty at home in the garden right now...so at $5 per cup, I passed right by. 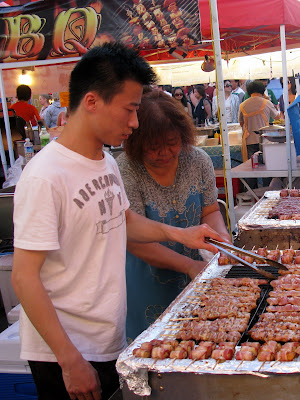 Most food items are served on a stick...and it would have been the ideal place to sample...a little of this and a little of that! 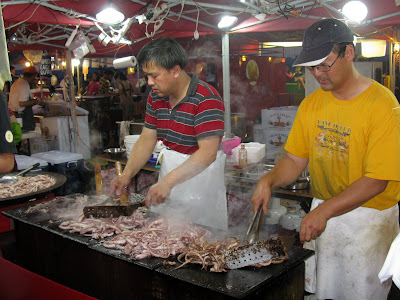 Maybe next time! After watching the squid being grilled for a bit...I just wasn't up to much sampling. 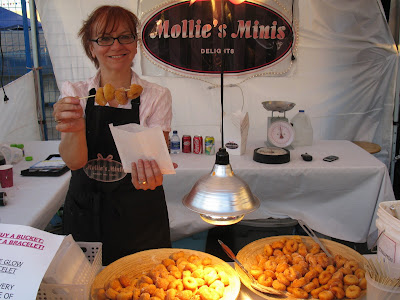 But here was a gal offering me something most yummy...and familiar...and so I came away with a little baggie of mini-donuts. 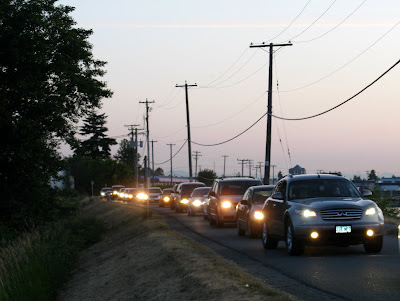 It was nearly dark when we left...but it seemed the night was still young for all these people that were arriving...and waiting for a parking spot. 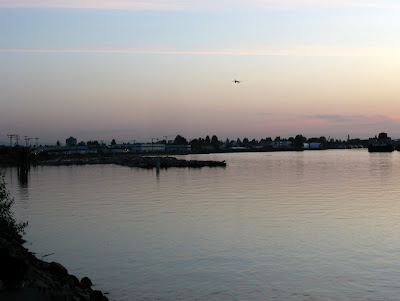 The sun was setting...our mini-vacation was ending...and right next door a jet was landing at Vancouver International Airport. 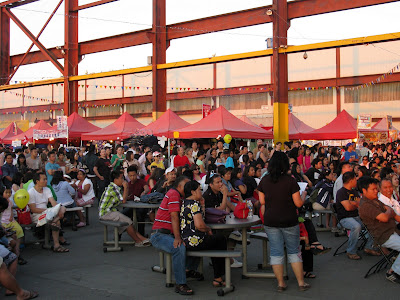 If you happen plan to be spending any time in Vancouver area this summer...and are interested in a fun Asian adventure...check out the Richmond night market.