Yesterday evening we played host to an amazing attempt at setting the Guiness record for forming the longest pop-bead chain in history. 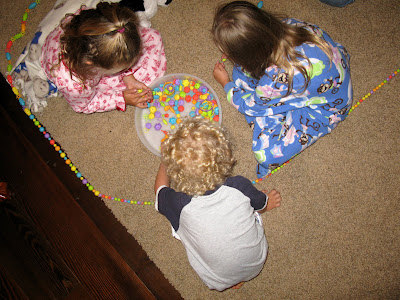 They arrived in pj's...carrying blankees and stuffies...but all thought of sleep was quickly abandoned...as work on the world's longest necklace got underway. 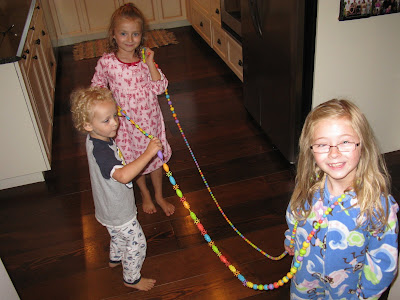 They stopped to take stock every so often... 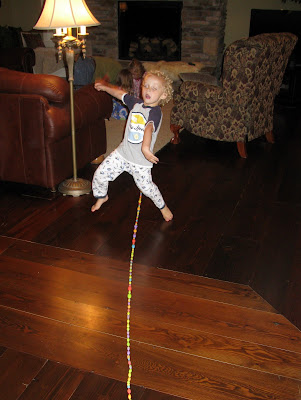 ...and Ryder took the occasional break from the difficult task at hand to do a little premature celebration jig. 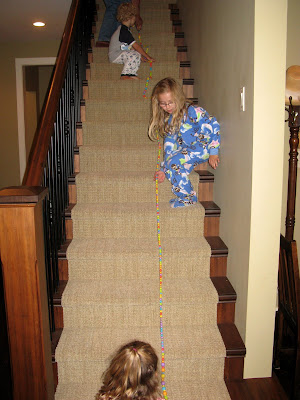 Aha...they did it! From the top of the stairs to the bottom...and on down the hall. Surely there has never been another pop-bead necklace like it! Now...whether or not they indeed built the longest continuous pop-bead chain ever remains unconfirmed...but it was good for an evening of entertainment.
The pop-beads are available at Costco...come in a giant jar...and every Grammy should own some. Speaking of which...I'm going on a field-trip today...to Costco and beyond!