picks of the season...

The fruits of the season are ready for the pickin'...and so I'm doing just that! 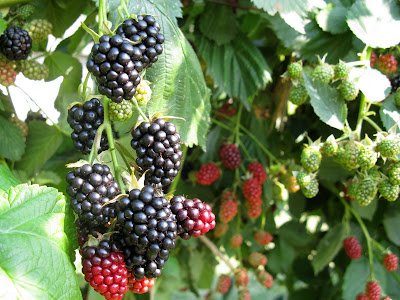 I was in the backyard a few days ago...and caught a whiff of blackberries...my first sign that they were ready for harvest. We have been enjoying blackberry ice-tea this summer...mostly from last year's crop...but now we can use them right off the canes. 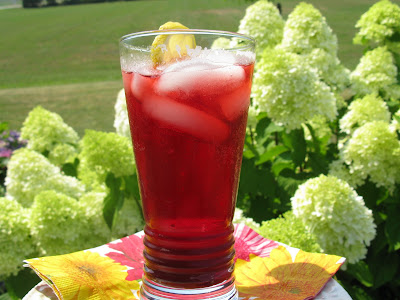 I simply cook up a blackberry concentrate...simmer equal parts of blackberries and water for about fifteen minutes...and strain. I've been adding a few teabags to my hot concentrate...and steeping for some 5 minutes before removing the bags. Sweeten to taste. Refrigerate pitcher of blackberry/tea concentrate. To serve...pour a small amount over ice in glass...and top with Sprite Zero for a most refreshing drink on a sweltering summer day! 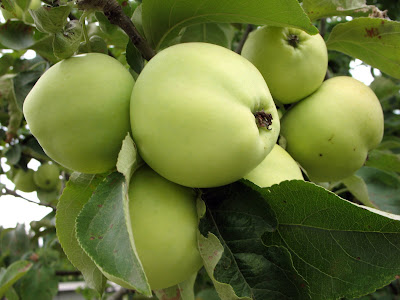 The yellow transparent apples are falling off the trees on the farmyard...and soon the season will be over again. They make the best pie...since they are rather a tart apple...almost as tart as rhubarb! Yesterday I made up my annual batch of apple fritters...for old times sake (I always enjoyed them as a kid)...and the grands from next door came to help with the sampling...and what was left went home for their daddy.
The birds have helped me harvest the blueberries from our few bushes...so we are all done. But just down the road... 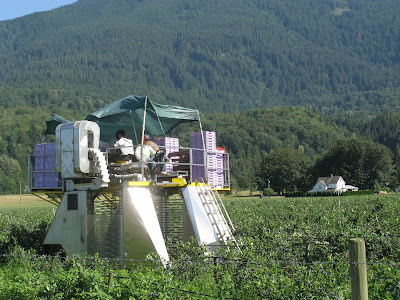 ...the birds couldn't quite keep up...so they have brought in the big machines. Machines are more reliable than people...especially in this heat! Speaking of which...Vancouver recorded the highest temperature EVER yesterday. It's hot...and with no end in sight...I am packing the RV...and dreaming of ocean beaches!
Last night we enjoyed supper out...in air-conditioned bliss... 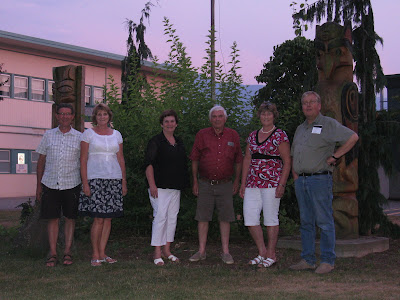 ...with old long-time friends of ours who also happen to celebrate their anniversary in July. It was a triple anniversary commemoration supper ...although it was mostly about catching up on what was happening in everyone's life!
Friends and fruit...the best of the season.