chemainus ~ the little town that did

Chemainus...'The Little Town That Did'...is located on Vancouver Island's east shore...snuggled between a mountain range, the ocean, a river and a major highway.

Chemainus was a town built around forestry...and when it's only industry failed a few decades ago...it became a town rebuilt through the hands of artists. Through the vision of using giant outdoor wall murals to revitalize the town... 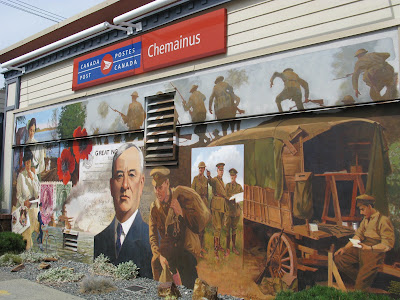 ...Chemainus has gained worldwide fame as a tourist destination. Famed artists from all over the globe were commissioned to come to Chemainus...and paint pieces of history on the walls of the historic buildings. The work began in 1982...and murals have been added regularly since that time. There are now 39 murals and 13 sculptures...attracting about 400,000 tourists annually.

We visited Chemainus while on our tour of Vancouver Island a few weeks ago...and quite enjoyed our time there. We started a self-guided tour...following the footprints painted on the sidewalks...but decided we could learn a little more if we had some commentary to accompany our wanderings. And so we joined a German tour group on a trolley bus...and learned a lot...both in English and German.

I'll give you a capsule version of the history of the town...and then leave you with the images of some of my favorite murals. They all tell a wonderful story...but I'll let you hear those details in person when you visit Chemainus! 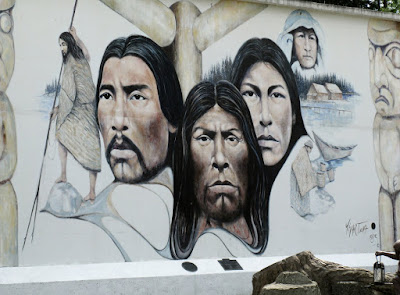 Mining, fishing and forestry were the original industries in this area...that gave work to many Chinese people. They worked in 'bull gangs'...struggling to move huge lumber planks to the ships in the late 1800's...and later to help build the Trans Canada Railroad. Later the Japanese and the East Indians arrived...to join the Germans and the Scots who had come to find riches in the mines...and stayed to work in the lumber industry. The Cowichan Valley had been home to the First Nations people for countless generations...and their history was intertwined with that of the first white settlers. And so Chemainus has a colourful and multi-cultural past...little bits and pieces of which can be seen on the giant murals as you tour the lovely town.

Join me on a mural tour of "The Little Town That Did"! 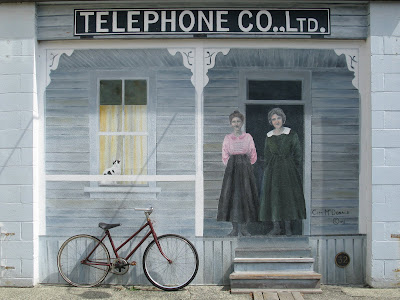 I wasn't going to tell you the story behind each picture...but I just have to tell you this one. These were the two gals who were the local operators for the telephone company...in a time when most residents did not have a telephone in their home. The bike was used to sprint throughout the town in search of John Doe who was wanted on the phone. That gives a whole new meaning to the 'mobile phone' business. 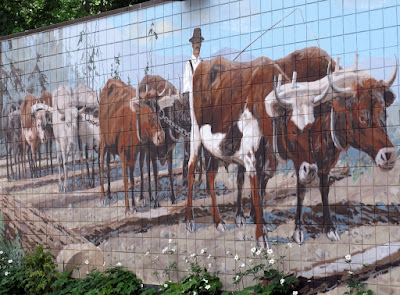 Heavy equipment has long since replaced these hard-working teams in the lumber industry. 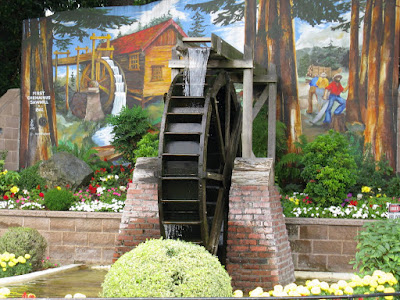 Can you tell which is art...and which is real life in the photo above? They did a great job of blending the paintings into the landscape. 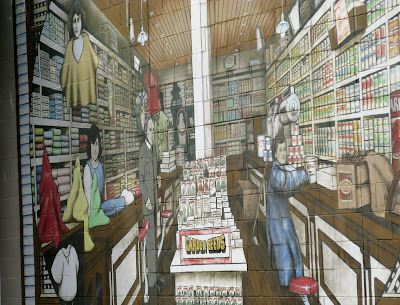 The Company Store...circa 1917...and painted by artist Dan Sawatzky who moved his family to Chemainus after painting this mural. He grew up in Castlegar, B.C. and has painted historical murals across North America...and has this to say about Chemainus...
"There's no place in the world I'd rather be! I can feel the sparkle in the air just approaching the town. I've never been so involved in a community". 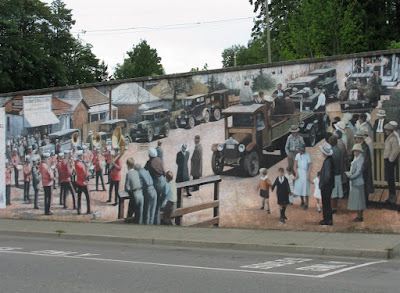 This mural depicts a celebratory street scene from Chemainus...circa 1939. 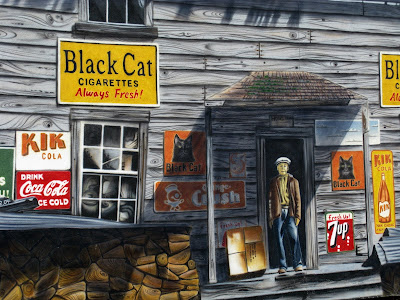 The Hong Hing Store...a front for a bootlegging and gambling enterprise. 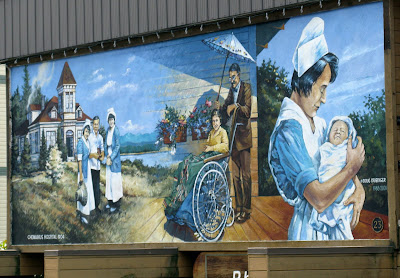 The Chemainus Hospital...a mural by artist Doug Driediger of Calgary. The hospital was built in 1899...and is still an important part of the community today. I was on the lookout for this mural...since it happens to be painted by my step mom's nephew. 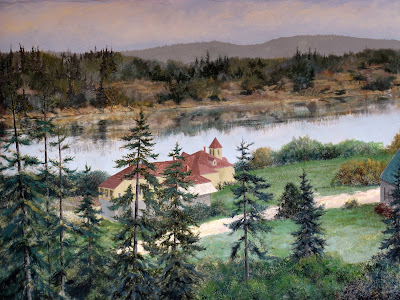 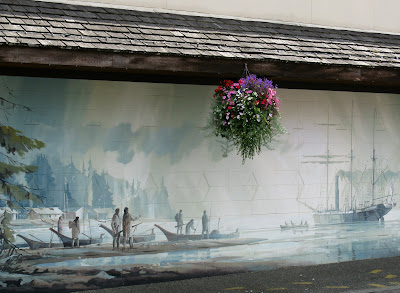 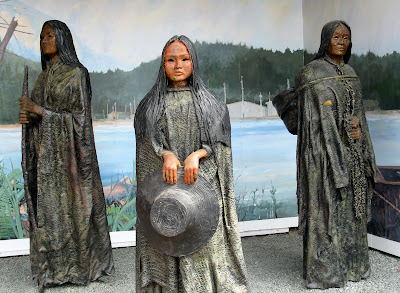 These 'sculptures' are actually crafted from paper mache'...and stand outside the muraled wall of the bakery (and a fine bakery it was!). So ends our tour of the murals for today...but I'll just show you a few other spots that caught my eye. 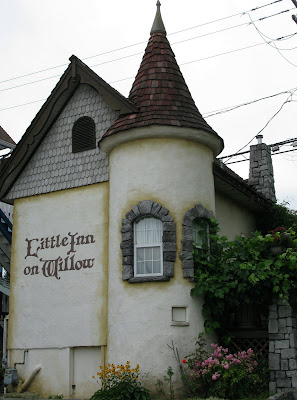 We brought our bed with us...but how fun would it be to stay in the Little Inn on Willow? It was once an old barber shop...and now it is billed as 'the World's Smallest Luxury Hotel'. It's rather a famous little place...since it was listed as one of the "Best Places to Kiss in the Northwest." So they say! 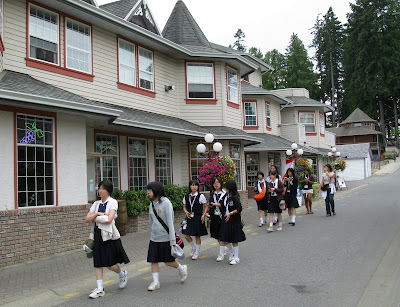 It may have have been summer vacation...but the Japanese students came in uniform...and looking quite serious about their tour. 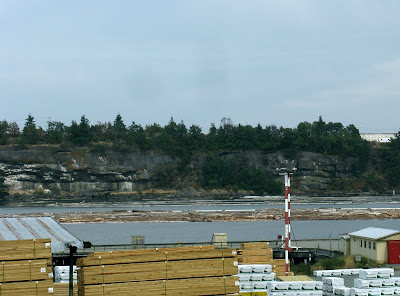 And so ends our tour of Chemainus...along the waterfront, where it was quite obvious that the forest industry is still very much a part of this town.
Such is the incredible story of "The Little Town That Did"! I've just scratched the surface...but if you ever have the opportunity, be sure to visit Chemainus...the town with the giant murals.