It all began with our first two grandchildren...when they were two years old.  We thought a camping trip with them would be a fun time...and it was.  I'm sure they have no recollection of the event!  We have gone every summer since...and their one night get-away became two several years ago.

The next two grands had to wait until they were three before they could go camping with Grammy and Grandpa.  They are now five...and had their third camping adventure this year.  We have three more grands under the age of three...and we are beginning to wonder what kind of precedent we have set.  We may have to re-visit our camping format (or maybe we just need a very large RV, so we can take them all at once!).

Last week we loaded up the RV and took Ranen and Ryder to the Koa just south of the border in Lynden, Washington.  It's a wonderful place for children...one that we frequented with our own young family decades ago. 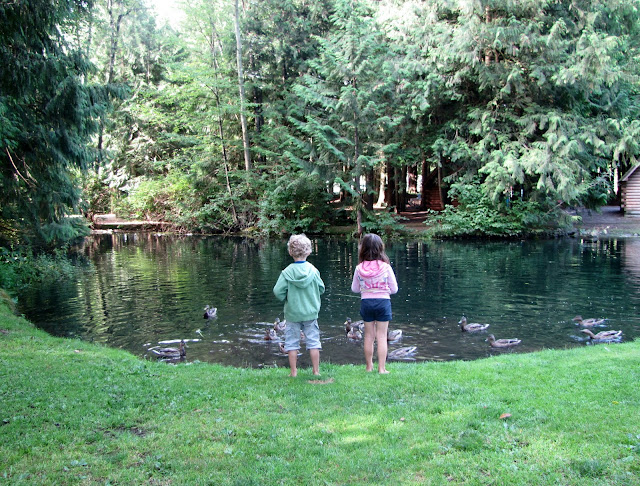 Our spot was next to the pond...and their favorite camping activity seemed to be feeding the ducks. 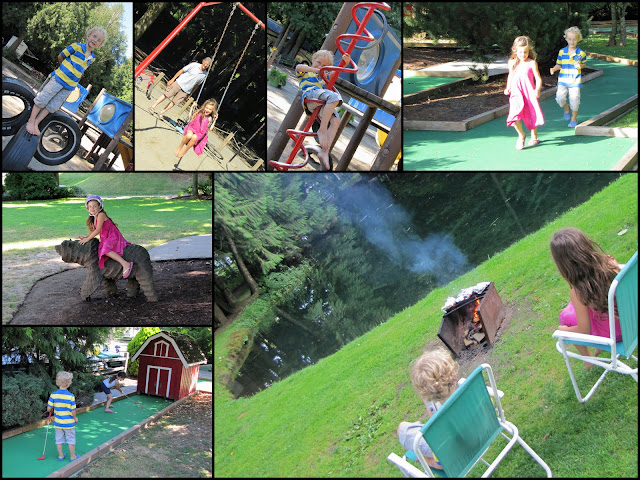 Golfing, riding bike, enjoying the playground...and for a few brief moments, even sitting around the campfire...it was a good time. 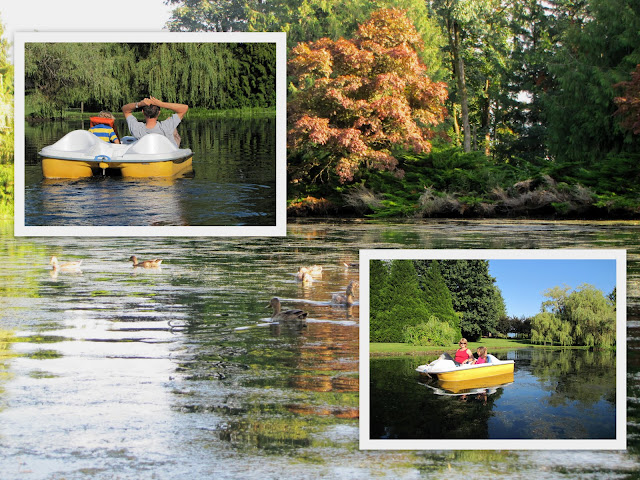 And of course we spent some time paddling around the lake...just like their dads did in those same paddle boats long ago.
On the second day, the moms arrived at our campsite with the rest of the grands...and we had a picnic lunch together.  (That was the consolation prize for those who could not stay overnight!) 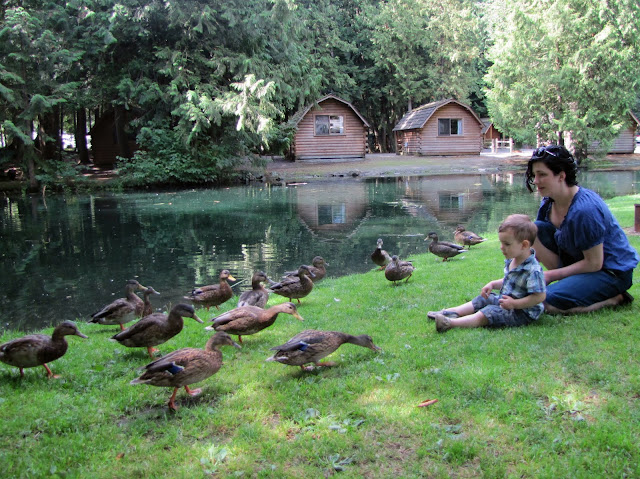 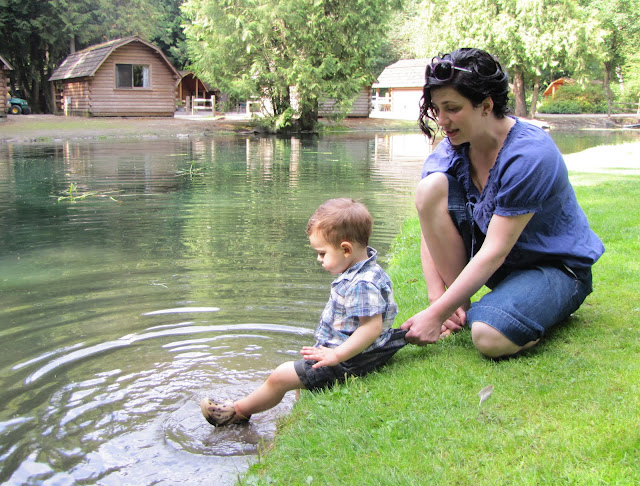 He inched his way to the pond and before long he was in up to his knees...shoes and all. 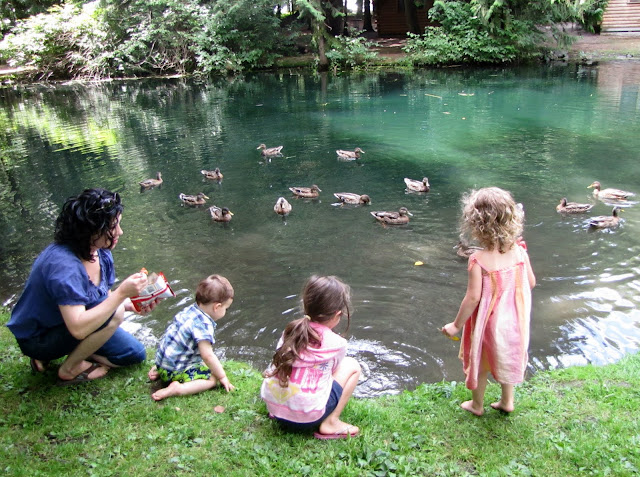 The ducks had their picnic as well!  When the picnic was over...Emme and Spencer stayed, and the rest all left for home. 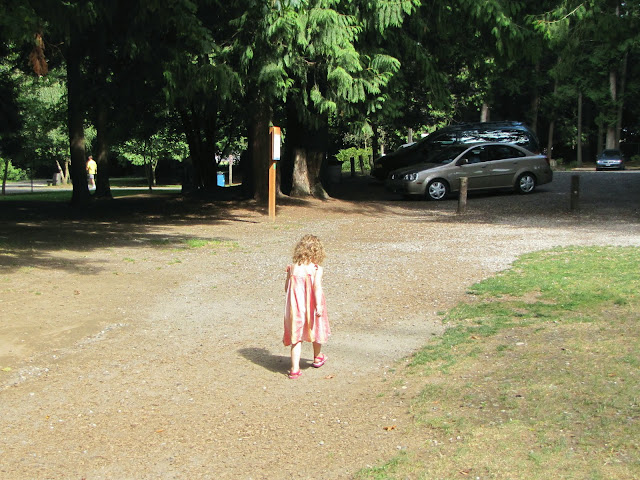 Does Maggie look a little downtrodden? She tells us often that she's a big girl too...and was not that thrilled to be leaving.
As for the rest of the grand camping adventure...we'll continue with chapter two tomorrow!