summer in the city...

With a spell of summer weather upon us...we decided to go see what 'summer in the city' looked like!  We loaded up the bikes and headed for Lord Stanley's Park, which borders on downtown Vancouver. 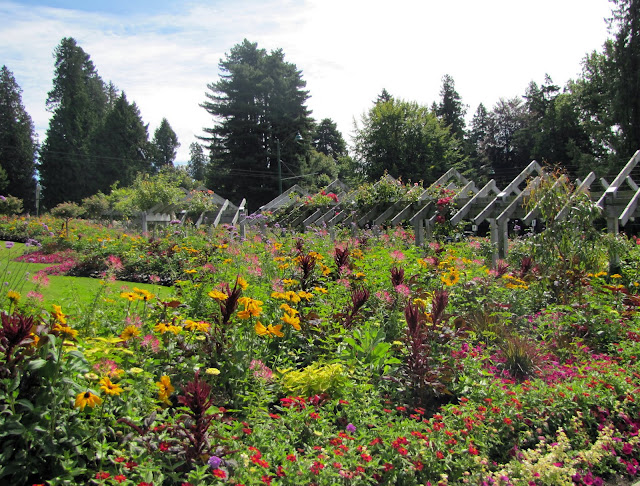 Stanley Park is a 1000 acre urban park which was named after Lord Stanley of Preston who was once Canada's Governor General.  It is larger than New York's Central Park and attracts eight million visitors annually. It is ranked as one of North America's best parks.  As a kid...my visits to Stanley Park were all about seeing the monkeys and the polar bears.  I had no idea that there was so much more to the park than the zoo.  Sadly, the zoo was phased out in 1997...but the Vancouver Aquarium  (also in the park) is a big attraction for today's kids.

There are many ways one might choose to explore the park... 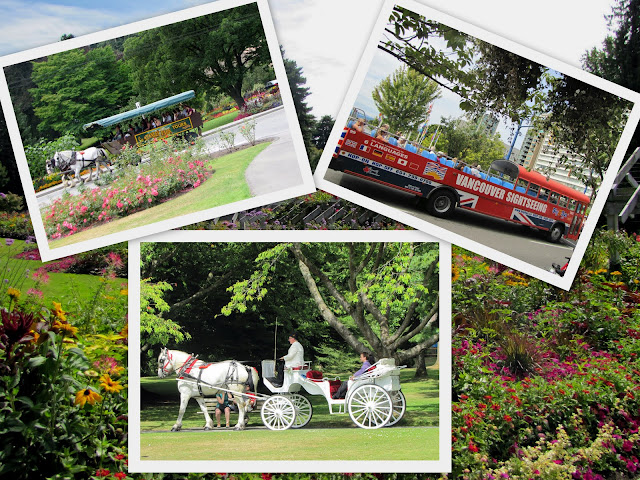 ...but we chose to ride the seawall on our bikes.  The seawall is a 9 km pathway that circles the park...and is packed with cyclists, pedestrians and roller-bladers. 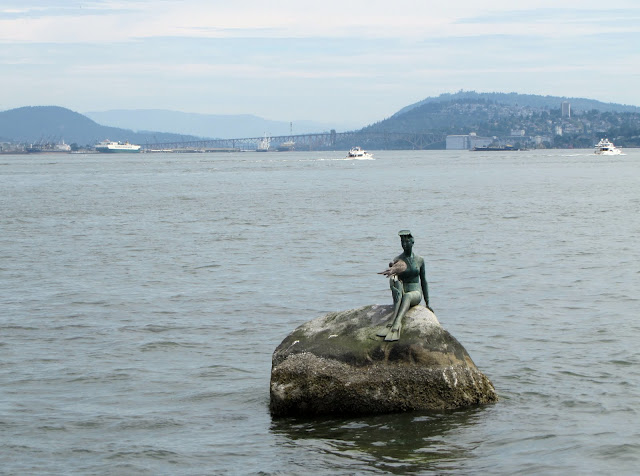 From the sea wall...there was much to see.  Girl in the Wetsuit has been sitting on her perch since 1972. 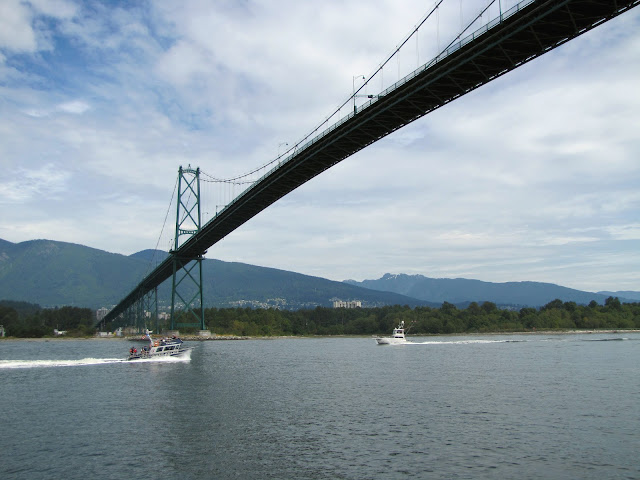 We saw the Lions Gate Bridge from the underside this time...a different perspective! 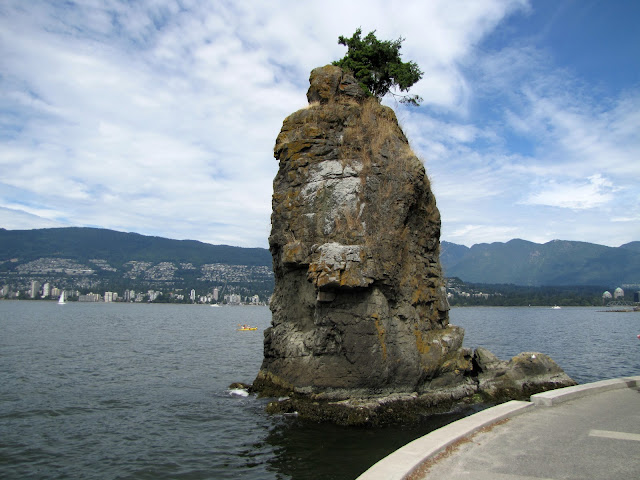 Siwash Rock...one of the icons of Stanley Park. Several years ago the park was devastated by strong winds and many of the ancient trees toppled...but the lone fir that sits atop the rock still stands. 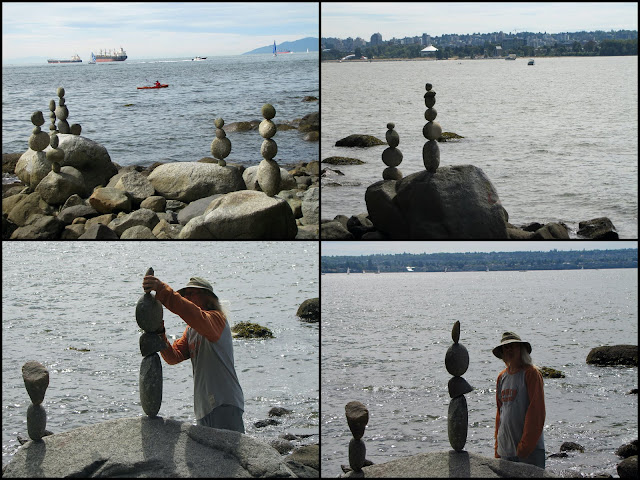 And just beyond Siwash Rock...we found a rock artist hard at work.  He showed us exactly how it was done! 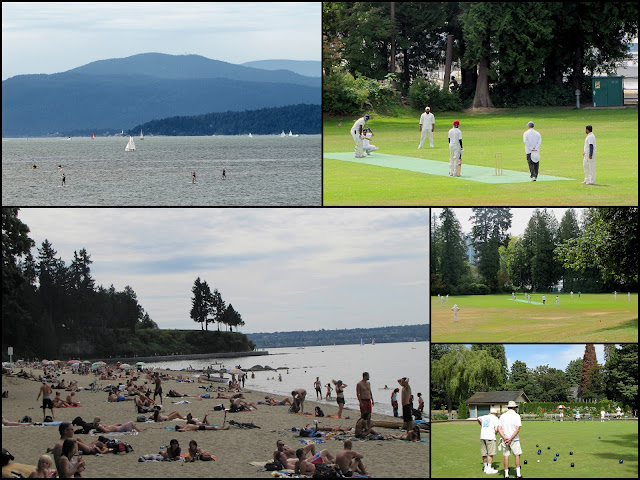 We discovered that there is much to do in the park on a lovely summer day.  Some played in the water...some played cricket (we think)...others were lawn bowling...and some simply soaked in the sun. 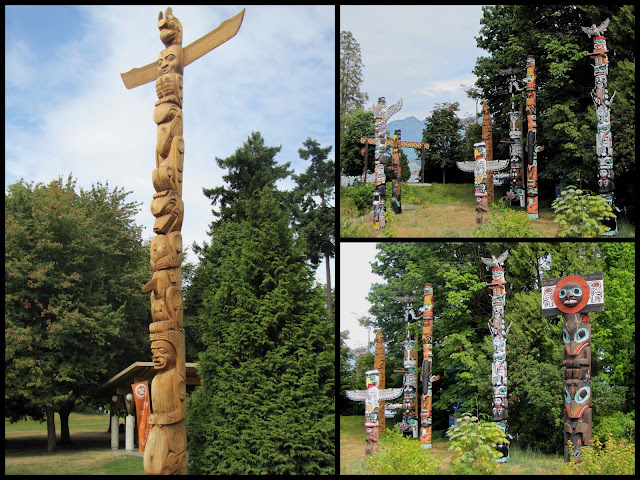 We cycled by the totem poles at Brockton Point...First Nations art...which happens to be the most visited tourist attraction in all of British Columbia. 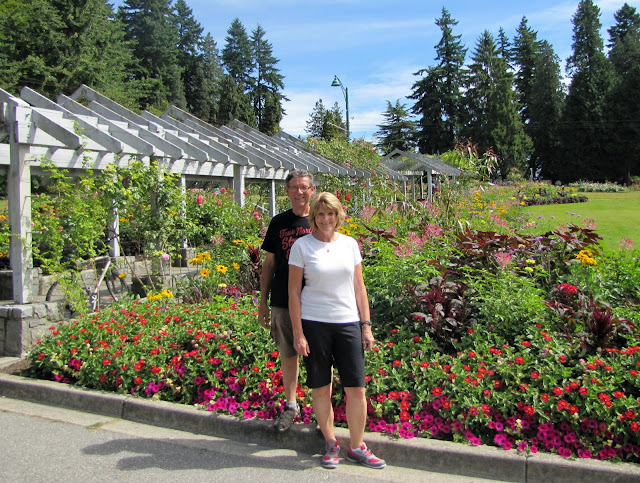 And eventually we returned to the parking lot near the beautiful gardens where our outing began. 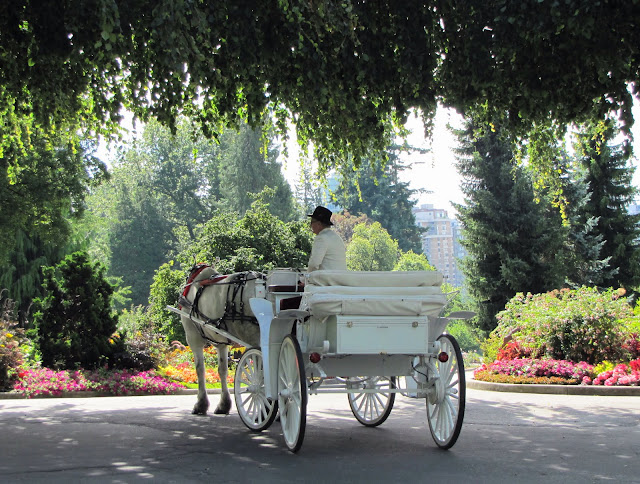 We bade farewell to our park in the city... 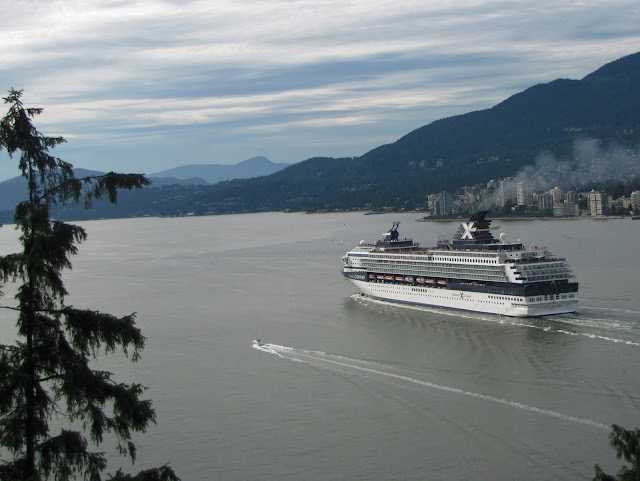 ...and as we left a large cruiseship was taking leave as well.