What's a camping trip without good food?  They say fire is the most important aspect of the camp experience...but our gang thinks food ranks right up there.  We combined food and fire and came up with a few treats that we all enjoyed!

We tried cooked banana boats on the open fire...with both sets of campers.  They had great fun preparing them... 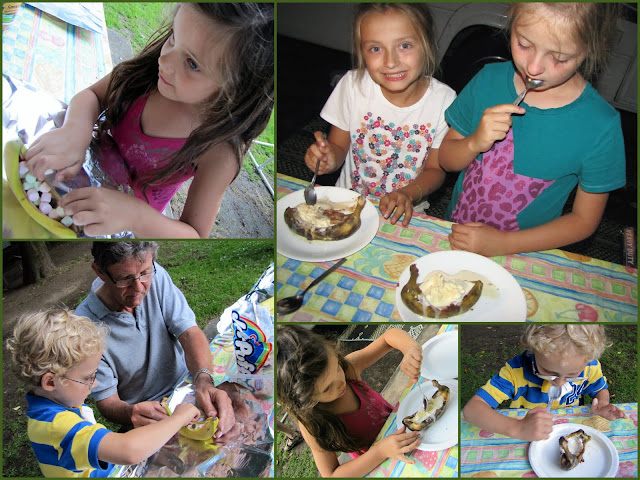 ...and we all agreed they were delicious!
To make a banana boat, slice down the inner curve of the banana (with the skin on)...but do not slice right through the skin on the other side.  Gently open the slice wide enough to stuff with your chosen toppings.  Use your imagination!  My favorite boat was one stuffed with peanut butter and milk chocolate chips.  The grands preferred coloured mini-marshmallows and chocolate chips.  Wrap the banana in heavy duty tinfoil and place in the coals of a fire for about 2 1/2 minutes per side...or  roast on a grate above the campfire.   Five minutes later...unwrap and enjoy the ooey-gooey goodness right out of the boat.  We added a scoop of ice-cream...for a dessert that was hard to beat!
Another first for us...was cooking up bush pies. A bush pie is basically bread stuffed with a filling of your choice...and then cooked inside a cast-iron bush pie maker (available at any sporting goods store). 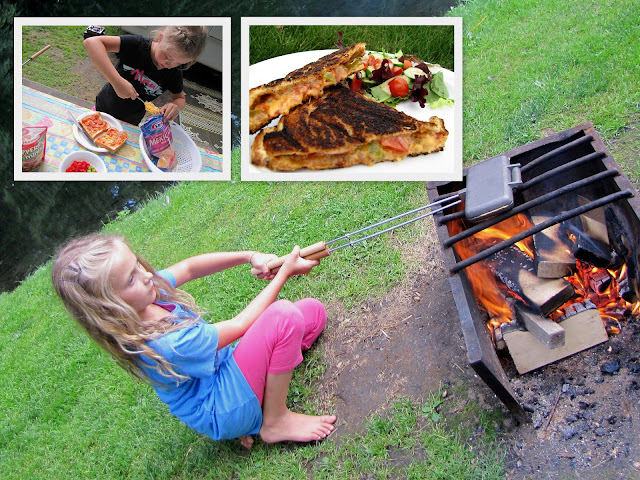 We used pizza toppings inside our bush pies...and cooked them two at a time inside a double bush-pie-maker.  The girls would have liked them for every meal!  We never tried the dessert version...which is filled with any pie filling or Nutella and bananas.

The cinnamon snakes for breakfast were a big hit as well. 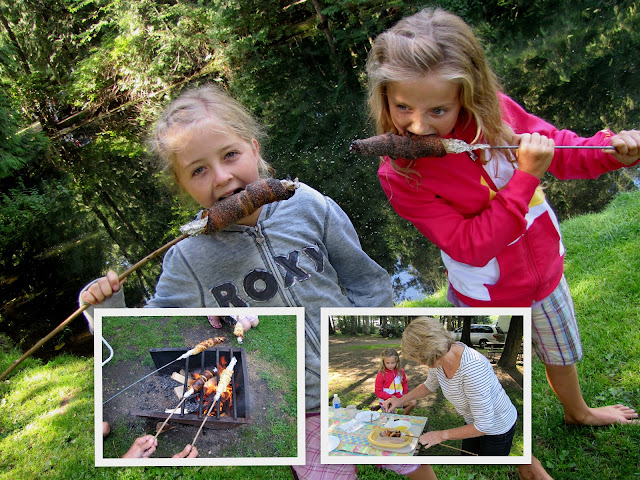 We covered our wiener sticks with tinfoil...then wrapped long strips of dough around the foiled end (used refrigerated Pillsbury crescent dough) and roasted them over the open fire until golden. We brushed the cooked 'snake' with butter and rolled in a cinnamon/sugar mixture.  So good!

We never needed the fire for this quick lunch...but walking tacos are always a treat. Purchase the single-serving size nacho chips...slit the bag...and make up your nacho plate right in the bag. (The recipe can be found at the link above.)

And of course we had wiener roasts... 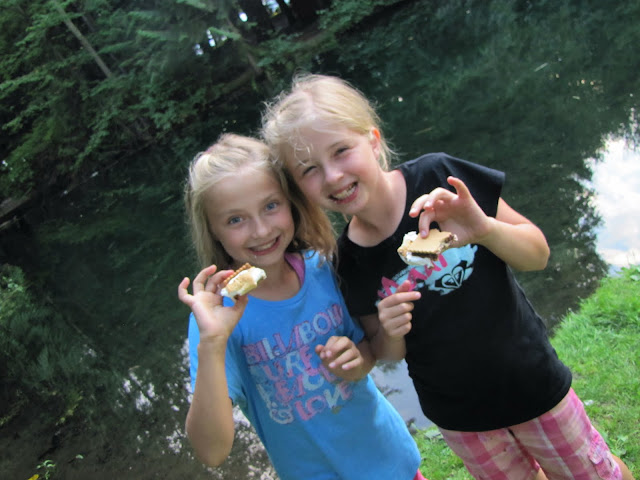 Food and fire...a good camping combo!  Though the camping season is nearing an end...I just thought I'd share these campfire food ideas for you to store away until you have need of them.  My recipes for banana boats, cinnamon snakes and bush pies have been in a file waiting to be tried since 2008.  They have now been tried and approved!