My Olympic Dream...alive and well!

Yes...I am going to the 2010 Olympics! Yesterday was the day we were notified as to whether or not we had won the lottery...the ticket lottery, that is. Our bid went in at the end of October...and yesterday was lottery day. We bid on the opening & closing ceremonies and were unsuccessful in that regard...but managed to get tickets for both the figure skating and the speed skating events that we bid on. How exciting is that? Very! 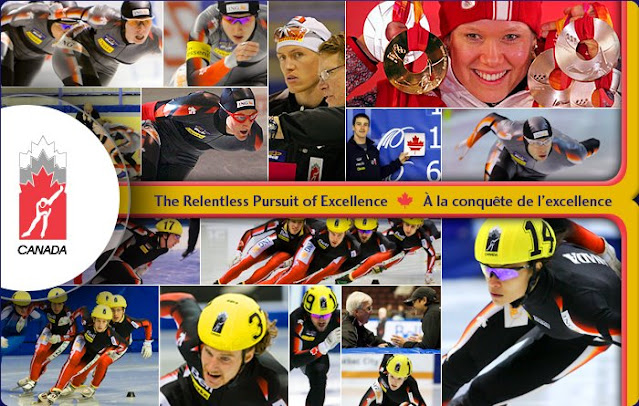 The Richmond Oval...our wonderful new speed skating complex...is about to celebrate it's grand opening. Tomorrow is the big day! But I will be waiting until February 26, 2010 to get a proper look...when I'll be there with the Olympic crowds to watch team pursuit speed skating (both men's and women's). It's a chance of a lifetime!

Jeremy (son) was overjoyed to hear he managed to get tickets to the men's semi-final ice-hockey game! He's planning to watch Team Canada in action...how special would that be? He was unsuccessful in his other bids...but is very happy to have secured seats to hockey.

Unfortunately...my friend is not such a happy camper today. After bidding on tickets at about a dozen venues...she came up empty. I feel so badly for you, Marg! Don't worry...there are still a few tickets available for the next round (you know, curling and such).

You know how it is with a lottery...some win and some lose. Here is Olympic committee's official explanation of why there were so many losers... "We had $345 million worth of requests, and the biggest period we'd seen before was the Salt Lake Games which did about $74 million. So we were over four times as large and in awe of the response of Canadians."

Oh yes...we are an enthusiastic lot here in Canada! And some were willing to pay quite a price to be a part of the 2010 Olympics right here at home. That's right...(in case you were thinking we won 'free' tickets to those events) we won the privilege to purchase rather expensive tickets, so we might truly get that Olympic experience!

For those of you who were not successful in your bid...my condolences. It may be a small consolation, but I will do my best to blog both speed skating and figure skating for you!

And now, back to Christmas festivities...that was a little gift I got to unwrap early!