Our community was one of the last to get a large sports complex...and then a new civic centre...and both were finally built through a public-private partnership. It seems like the perfect solution to me...the community gets the facility without leaving the taxpayer holding the entire bill.

Last year the first public-private acute care hospital was built in British Columbia. The Abbotsford Regional Hospital is largest and most visible partnership of it's kind in the province. The hospital is the size of thirteen football fields...and has a helicopter landing pad for transporting the injured. It opened it's doors last August...on schedule and on budget...and although there seemed to be a lot of controversy surrounding the public-private connection initially...I have heard little or nothing about it since it went into operation. 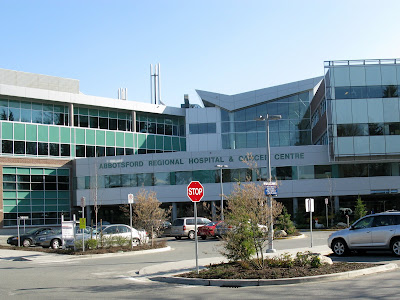 I've had plenty of chances to get acquainted with the new facilities this past week...since my dad was admitted with complications from pneumonia just before Easter. I figured out right from the get-go that a map would be a good thing. I have no idea how the staff find their way around! Knowing that his room number is 3020 is not good enough...there are lots of those, it seems. Which wing was I looking for? 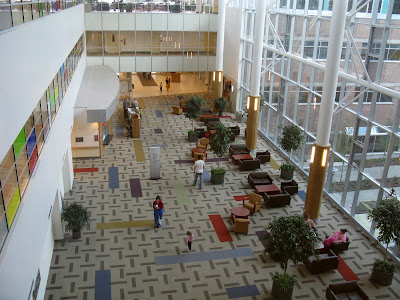 The hospital is light and airy...and immediately upon entering, I found myself in this huge atrium. It somehow doesn't have the clinical feel and smell that one assoicates with hospitals. 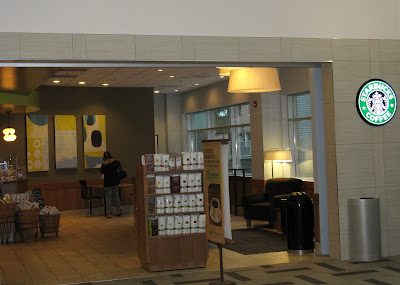 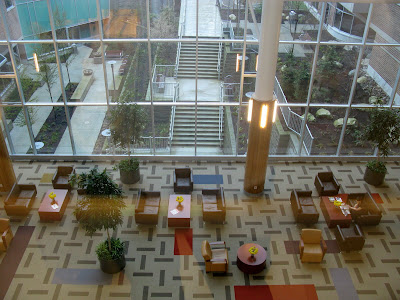 I reasoned that room 3020 must be on the third floor...and so I took the stairs (I was thinking it felt rather like the cruise ship...and so adhered to my 'no elevator' policy!). I found room 3020...but was apparently on the wrong ward. Several football fields later...I found another 3020... 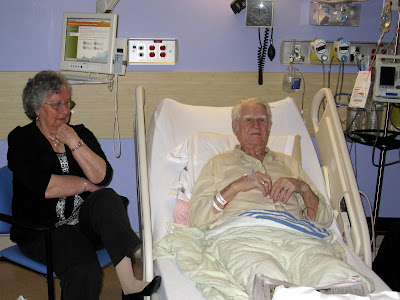 ...and there was Dad. He was so grateful for his unending supply of oxygen...the easier it was to tell stories. And Marge was at his bedside...listening!

I could not believe the size of his room...and was thinking it must have been intended for several patients...but that is not the case. Nearly all rooms in the new hospital are private...with very large washrooms. This is the modern trend...not only for patient comfort...but to control and contain contagious diseases, such as SARS. He thinks he is in a five-star hotel...being waited on hand and foot. And having a full line-up of sports channels on the screen right in front of him...is almost more than he could have hoped for. Spending time in the hospital becomes bearable if you can have the Blue Jays and the Canucks there with you!

After six weeks of struggling with pneumonia...it seems dad is on the mend once again. We hope he will be well enough to return home soon...but until then, he will enjoy his care and lodging and our newest and best hospital. I think I'm all in favour of public-private partnerships!

Have a great weekend...