San Antonio ~ The Riverwalk and Alamo

The tour must go on! I've been home for a week...and most of my vacation photos are still unsorted on a memory card. So I am putting on my tour guide hat...and taking you to San Antonio today.

It was time to refresh our memories...and pay another visit to the Alamo. Why should we remember the Alamo today? 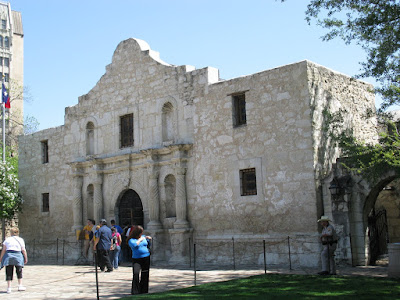 The Battle of the Alamo was part of the Texas Revolution that led to the formation of the independent Republic of Texas in 1836. Nine years later, Texas became the 28th state of the Union...leading to a series of events which ultimately made the United States the world power that it is today. 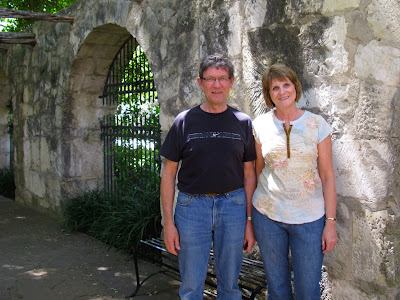 We heard the story in detail...how the defenders of the Republic of Texas were killed at the hands of Mexico's Santa Ana and his army, as they were holed up inside the walls of the mission at The Alamo. 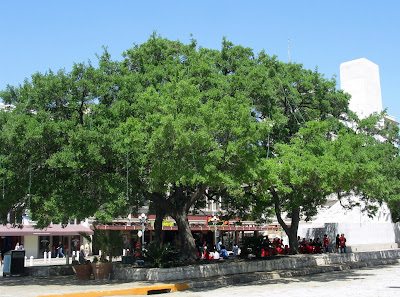 More than 2.5 million people visit this site every year...and we were in good company. Interesting as it all was...I hope I won't be writing a test on my recently acquired knowledge of the Alamo! 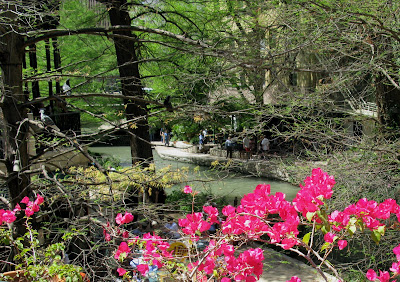 I was more interested in strolling The Riverwalk... ...and I will have no trouble remembering the time spent there. 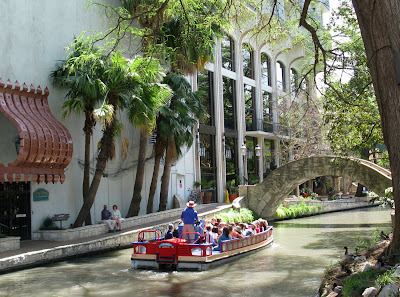 We decided to take a riverboat tour...and were so glad we did! Our operator was a wealth of information...and so very funny. 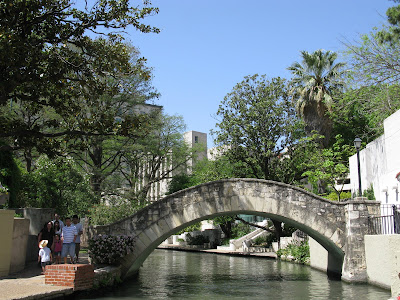 We passed under countless bridges... 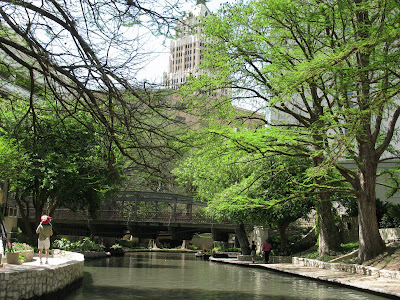 ...past new and historic buildings ...and learned a little about the people who make up this beautiful city...and the story of how The Riverwalk came to be. 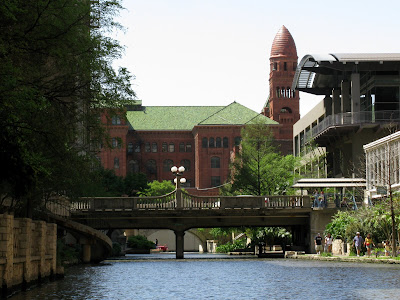 A very long time ago, Spanish Explorers used this waterway to supply water to their missions. The river flooded its banks often...and caused untold damage. An architect named Robert Hugman proposed a plan that would turn the area into a beautiful urban park with apartments, dining, shopping, boat rides and walk ways lit with old-fashioned street lamps. He convinced city officials to go with his plan...and so his dream became a reality and San Antonio became a little Venice.

The waterway now serves as a road...for tourists, commerce...and even law enforcement. 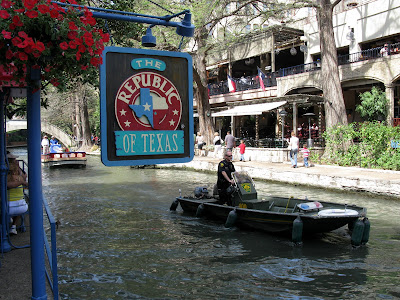 The best of San Antonio...from shopping to restaurants...lies right along the Riverwalk. Once our boat tour ended...we knew exactly where we were going to have the ultimate afternoon snack along the river. We had seen guacamole being prepared right at the table...and what better place to experience the best of Tex-Mex cuisine than here?
We found a cozy table on the water...and ordered the guacamole salad for two. 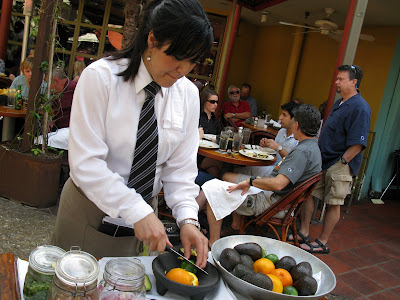 Our server was more than willing to share her secret recipe...and so if you want to try the Riverwalk guacamole...I posted the recipe right here. 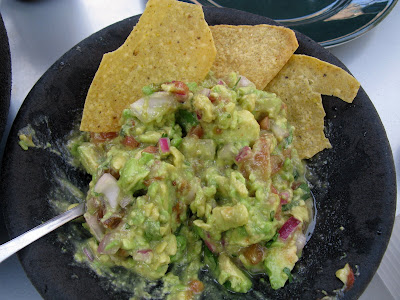 We so enjoyed our afternoon snack...right down to the last lick. We found out later that Boudro's Texas Bistro is famous for their guacamole...patrons make a meal of guacamole and skip the entree. We're so glad we found it! 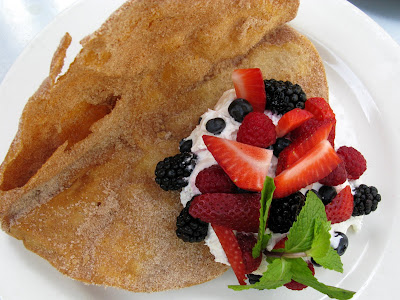 This was the dessert we saw going out to other tables...and so we decided we should have one of those as well. I have no idea what it was called...but...oh, so good! 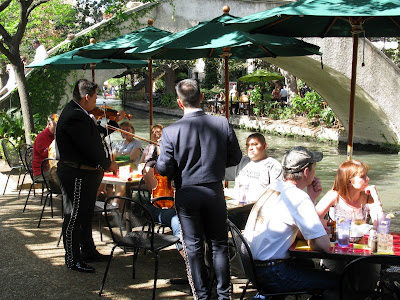 Oh yes...and when is the last time you have been serenaded as you had afternoon tea? If you ever have a chance to experience San Antonio's Riverwalk...don't miss it!
Tomorrow we are driving out to Galveston...and boarding the Voyageur of the Seas for a week of bliss in the Caribbean. A good time will be had by all!
Enjoy your day...