Fall kick-off...with a carnival for kids of all ages...came and went last Sunday at Central Community Church. The carnival marks the beginning of the new fall programming...and reaches out to the community to introduce them to who we are...and invite them to be a part of what's happening at Central. 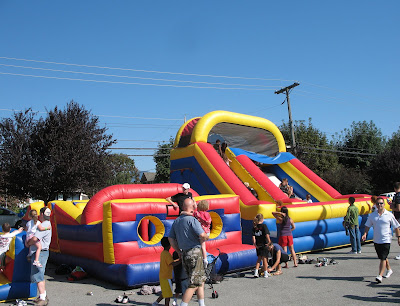 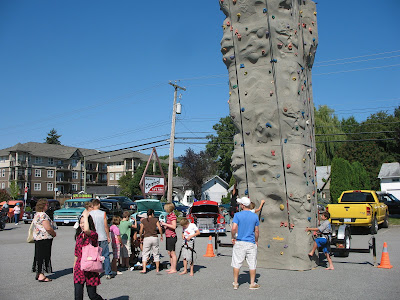 ...to climbing walls...to dunk tanks there was something for everyone. It seems the 'dunk a pastor' challenge received good response...with participants being encouraged to donate monies to the local burn fund...in exchange for a chance to dunk your favorite pastor. 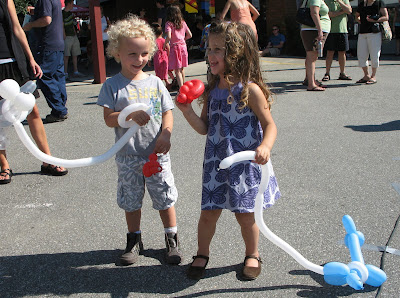 Did I mention balloon animals? Ryder and Ranen had such a fun time...running from one station to another...balloon pets in tow! 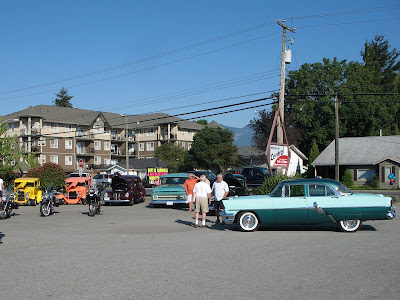 And for those who were more interested in viewing...than participating...there was a 'show & shine' featuring grandpa's car. It seemed there were always lots of guys hanging around that corner! 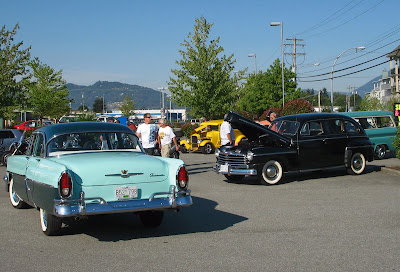 We took our old black Monarch to join the line-up...and parked it next to a turquoise 1954 Monarch.

Here's an interesting story. One man stopped by to check out the cars after he was told there was a 1947 Monarch there exactly like one his grandfather once drove. He was under the impression that his grandfather's car had landed up at the auto-wrecker's years ago. But on inspecting our car...he knew immediately it was the one his grandfather had owned...still sporting the non-stock signal lights that had been added. He couldn't believe it...and took lots of pictures. It has many memories for him...including a ride in the back seat when his sister accidentally opened the suicide door and was almost pulled out onto the highway. Suicide doors got their name for a reason! Who knew we would meet someone who rode around in the old car back in the day...some sixty years ago?

There was live entertainment throughout the afternoon... 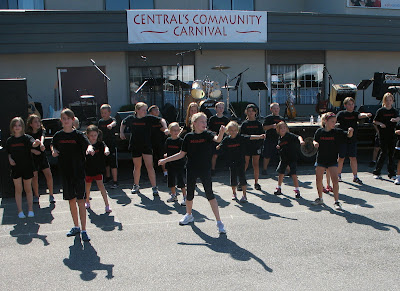 ...including a young hip-hop dance troupe that I was looking forward to seeing. They performed a few songs they learned this summer at 'hip hop day camp'. That seems far removed from the VBS of old...but appears to have been an excellent outreach program...and I know first hand of two girls who quite enjoyed it.

The food was great (pulled pork sandwiches with all the trimmings)...and the line-ups moved quickly. As for the coffee... 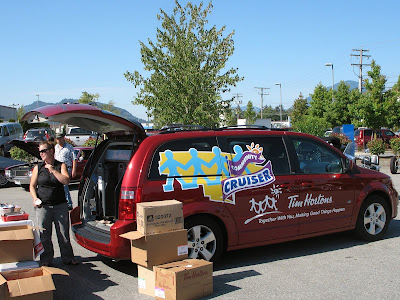 ...it couldn't have been better! The Tim Horton's cruiser pulled in...and served complimentary coffee and timbits.

It was a good time...and it was our gift to the community...and hopefully many will be back to see what happens at Central throughout the year.

Email ThisBlogThis!Share to TwitterShare to FacebookShare to Pinterest
Labels: community, minutia of life