A milestone birthday calls for a special celebration...and so we hear of many unique ways that people mark the occasion. Some have big parties...some take a trip...but how many can say they completed a twenty-six day pilgrimage from Switzerland to Santiago de Compostelle, Spain...by bicycle? 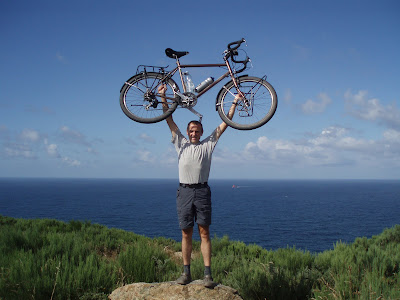 Let me introduce you to Pierre...who did just that! He turns fifty today. To mark his milestone birthday he went on a solo bike trip this summer...covering 1800 kilometers in 26 days. It sounds like a rather grueling way to spend one's summer vacation. But Pierre is always up to a challenge!

We met Pierre in the summer of 1981...when he arrived on our farm through an MCC trainee program. He was from the French part of Switzerland and lived with us for six months as part of our family...working on our farm. It was a wonderful experience for all of us!

For him...the first challenge was the language. He spoke French, Swiss German, German...some Italian and a little English. He never spoke much those first few days...as he searched for the right words. But he was a quick learner...and we conversed freely in no time. We enjoyed many great conversations that winter...from our shared faith to our political views. We still use a few 'Pierre expressions' to this day. One of his favorites was 'oopla'...we think it means 'oh, dear!'

If we are forced to run...we say, "I make a little jogging". That always brings a smile as we remember the night Pierre 'made a little jogging' along the banks of the Fraser River...while in hot pursuit of a thief. As I recall...he made his jogging in clogs...but he never backed down from a challenge. 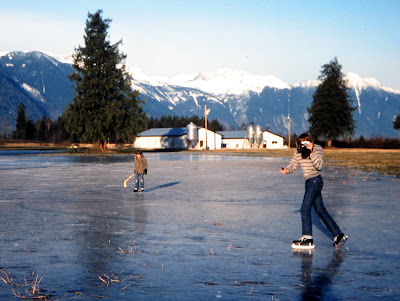 He also made a little skating...on the ice-rink that covered a good portion of our farm that particular winter. And he made a little skiing...spending time at Whistler with friends when Whistler was an unknown. He made a lot of travelling...and managed to see much of North America before he returned to his homeland. 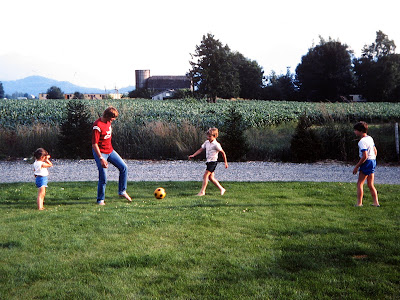 He spent time with our children...passing along tips for skiing, soccer and motorbiking...and being a role model to them. His friends became our friends...as they passed through our lives. We met Ute from Germany...Annie from the Netherlands...Robert and Philippe from France...and others from South America and Africa. As it turned out...Pierre brought Ute back for a visit some five years later...as his wife. We have enjoyed a continued friendship through the years...despite the miles that lie between. 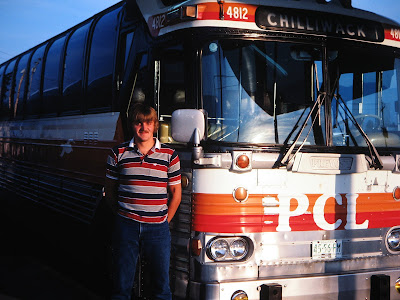 When we said our farewells to Pierre in 1982...we had no idea if our paths would ever cross in the future. What a privilege it has been to meet again...at our home and theirs...on several occasions throughout these years. We became friends by accident...we remain friends by choice.
So Pierre...on this your big day...we wish you many blessings! Congratulations on conquering your incredible pilgrimage this summer. May the road ahead be smooth for you...and may God continue to give you the strength to meet every challenge that comes your way.