There were a lot of good things about yesterday...not the least of which was the sunshine!   Mount Cheam had been obscured by clouds for most of the past month...but came finally came out of hiding. 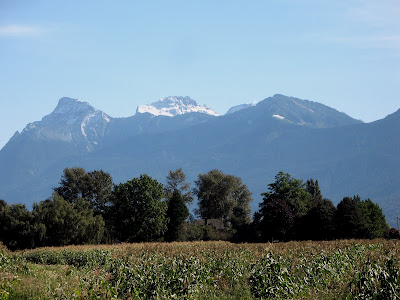 It seems the mountain had good reason to show it's face...as it will soon be a peak that will be recognized by many.  It is the face of Chilliwack...my fair city...one of twenty-two Canadian cities to have a home on the new Monopoly Canadian Edition.  Hasbro announced the winning cities yesterday...after allowing fans a chance to vote for their favorites during a six-week period earlier this year.

Chilliwack will be the 'Tennesee Avenue' space on the board...available for $1.8 million.  The picture on that square... 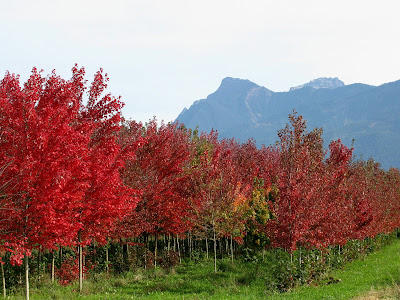 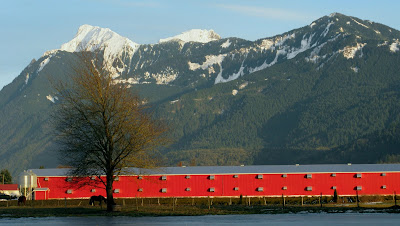 Whatever the season......it's always a good view! 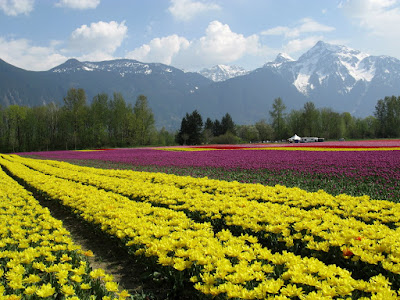 If you want to have a chance to buy Chilliwack...and catch a glimpse  of Mt. Cheam...I happen to know that the new Monopoly game is going on sale on June 28.

Though you may never have heard of Chilliwack...we managed to get more votes than Vancouver, Ottawa, Toronto and Kelowna.  Oh yes...we are a loyal and patriotic bunch over here...and we like our city just fine.
And since I encouraged you all to join me in voting for my hometown ...I would just like to thank those of you who helped put Chilliwack on the new Monopoly: Canada Edition.

I can't say we have spent much time playing Monopoly over the past few decades...but it holds many good memories for me.  I remember playing Monopoly with my grandmother when I was just young...and getting my own Monopoly game for Christmas one year.  After I was married...we bought Monopoly...since every home should have one.  We played occasionally with the kids...and now the grands like to play with the Monopoly money.   And so...I think a Canadian edition of the old board game is a fine idea.  And maybe we can learn a little about other Canadian cities that made the board. What do you know about  Kawartha Lakes?  I know a little more now than I did this morning!


So that is my news for today.  Oh...and today's forecast?  Sunshine!