We are planning a road trip...one that will take us along the Gulf Coast from Houston, Texas through Louisiana, Mississippi, Alabama and down to the Florida Keys. 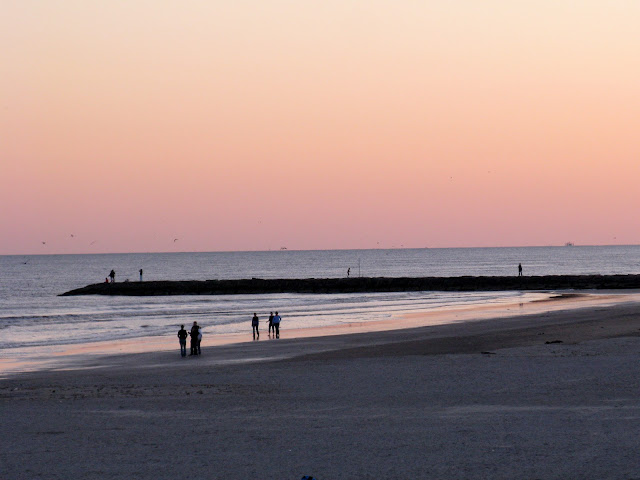 In just over a week's time...we will be walking the beaches of the Gulf of Mexico.  We will also be re-visiting some places along the Mississippi coast where hubby spent a few months time more than four decades ago.  I'm sure it will not look anything like what he remembers.

In August of 1969 one of the most violent and destructive hurricanes to ever hit North America devastated the Mississippi gulf coast.  Meet Hurricane Camille!  The Mississippi gulf coast was declared a major disaster area...and many organizations immediately rushed in to help with the relief effort.  A plea went out in our area for anyone who might be willing to join a team of volunteers through Mennonite Disaster Service.  Hubby signed on!  He quit his job...and traveled south with a group of guys he had never met before to go and lend a helping hand to those whose lives had been turned upside down by the hurricane. 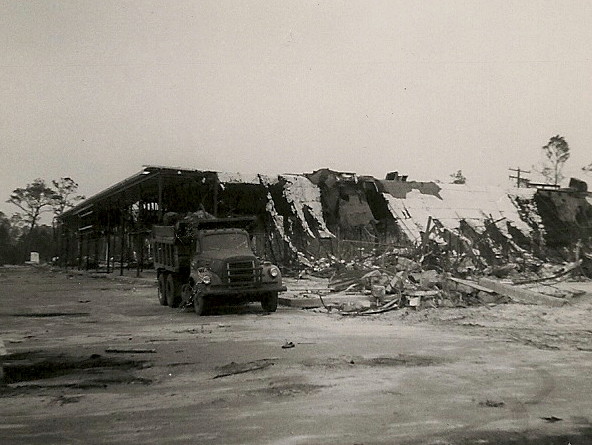 This is how things looked in Gulfport, Mississippi when he arrived there.  There was not much shopping happening in this shopping centre anymore! 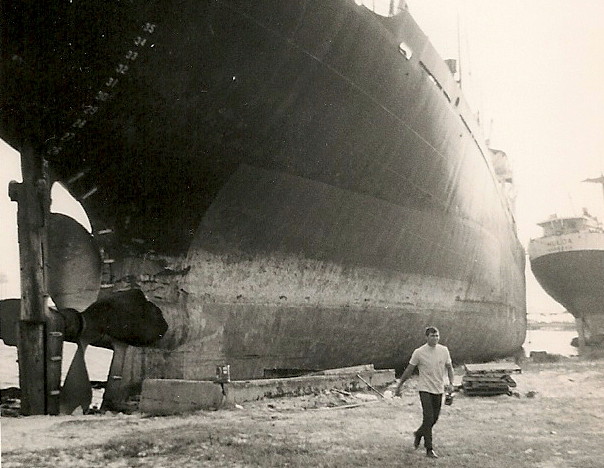 Several large ocean liners were firmly grounded far from the water where they once rode the waves.  There was no way to return these ships 'whence they came'...and so they were to be demolished! 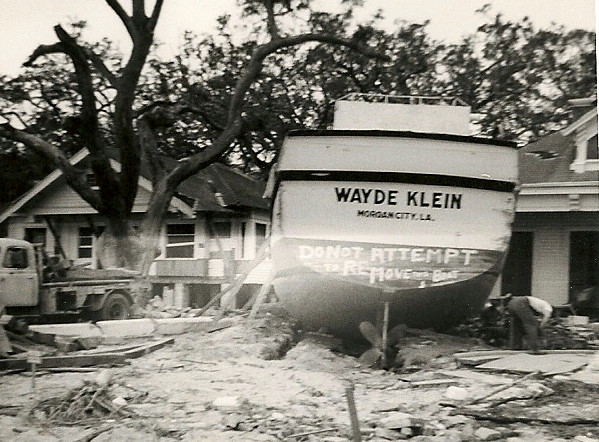 The Wade Klein...a large shrimp boat was stolen the night before Hurricane Camille.  The thieves never really got away.  Their punishment was to ride out the hurricane and find themselves high and dry...jammed between a battered oak tree and a damaged beachfront home in Biloxi, MS.

Hubby spent long days on a construction crew while on volunteer duty.  The work was organized by the Red Cross...and mostly involved repairing the homes of the working poor in the area. 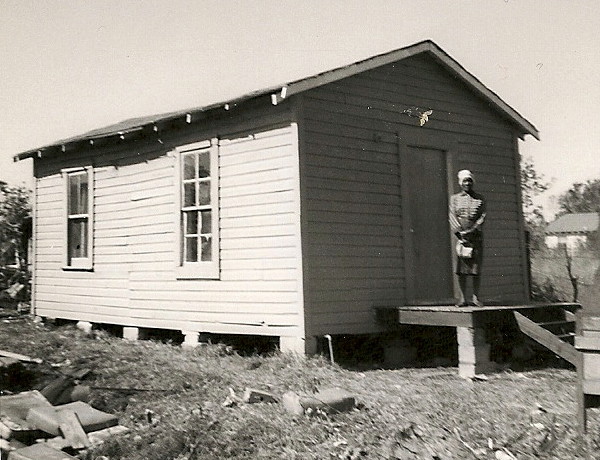 This lady was extremely grateful for those who came to help.  The team spent a week returning her home to it's original location and repairing the roof.  Home sweet home!

As for the fancy digs where the volunteers stayed while they were working... 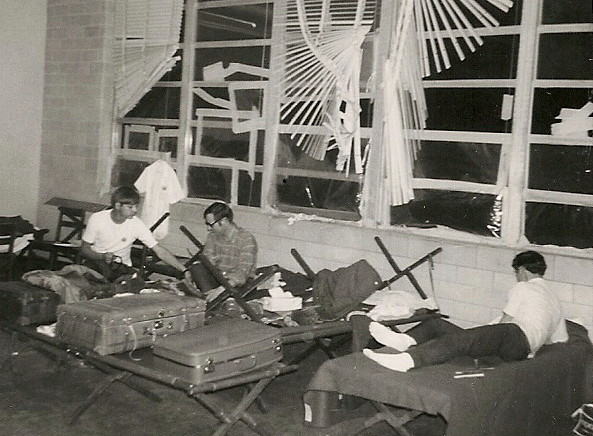 ...they were provided by the Red Cross.  A large school was converted into dormitories for the workers...with meals served in the school cafeteria.  Every day began at 5:30AM...in order to get to the job site by 7AM.  It was definitely not an assignment 'just for the fun of it!'  It was all about being the 'hands and feet' of Jesus to those who faced disaster.

In 1969 John Bell Williams, who was the governor of Mississippi said... 'The Coast is going to be rebuilt.  It is going to be one of the finest recreation areas in this country'.  Elmer has always wanted to go back...and see it as it is today.  Soon we will be on our way!


Planning is half the fun, I know.  And at this point...we welcome your input.  If you have any suggestions of interesting places to visit en route...or fabulous places to eat...let's hear about them. As for lodging...school dormitories are not an option!


Have a wonderful weekend!