It's January 1, 2008! And it is my 100th post, so I am sharing one-hundred things about myself. I started in point form, but abandoned that in favor of a story! So here you have it…100-plus random facts about my family of origin, my growing up years, my marriage, and my role as a mother and a grammy (and a few pic's thrown in for fun)! 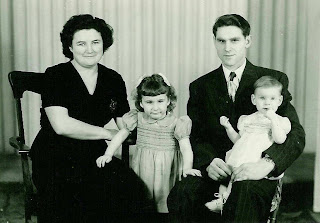 I was born on a cold January day in 1952 to William and Helen Baerg, in the fair city of Chilliwack, British Columbia. I was the second of five daughters…and one son. Both my parents came from large families, so I had the fun of growing up with lots of cousins…and really have fond memories of the ‘cousin times’. My dad worked in an auto body shop when I was very little, but started dairy farming by the time I was three or four. He is a natural ‘Mr. Fix-it’ and can repair anything. He loves old vehicles and restored more than a dozen old Fords since he retired….everything from a Model A to a 1965 mustang. My mother always worked outside the home...she worked very hard in the barn! But she was a great homemaker, a wonderful cook, an accomplished seamstress, and a knitter, crocheter, and cross-stitch artist. Besides that she was always hospitable… the door was always open and there was room for one more at the table. My parents were both born in the Ukraine…both have Mennonite roots, with Dutch-German ancestry. Both came to Canada as wee children and received their education here. My grandparents never spoke much English, so as a child I learned the German language and was able to converse with them. My German is pretty pathetic now, but it still comes in handy on occasion! We attended a Mennonite church all through my growing up years…I now attend a community church (with Mennonite Brethren affiliation). I am so thankful for the faith of my fathers…it has shaped my own faith and who I am today.

Those growing up years... 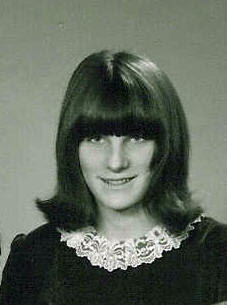 I started grade one at age six (there was no kindergarten at that time) and my first grade teacher was Miss Riediger. She was just beginning her teaching career and little did I know that someday she would have the opportunity to have each of my children as her pupils! I was the tallest girl in grade one, and for most of my elementary years…I’m still one of the taller girls, and have difficulty finding sleeves and pant legs that are long enough. I loved school…I enjoyed all the sports and extracurricular activities and my school friends. And I was a good student…didn’t quite measure up to my older sister though! Spelling came easy for me, and I won the district spelling bee when I was in the sixth grade. I’m not that great at typing though, so blame my spelling mistakes on typos! I played every sport in school, and absolutely loved softball. I have played softball most of my adult years on one team or another. (I'm officially retired now...unless Jeremy needs a sub on his team again!) I learned to play tennis in high school and still like to play on occasion…it’s just not about winning anymore! Oh yes, and I play ping pong…I even have a few awards from tourneys (mostly on cruise ships). I picked berries every summer through my teen years. I also learned to milk cows at an early age (now that’s not such a pleasant memory!)…and drive tractor…and haul hay…and all those other farm chores that the boys should have been doing. I attended a private high school for my junior high years and made some wonderful friends there…some of whom are still part of my life. Marg and I had a lot of good times together back then! We lived half an hour apart, so our lives took separate paths once school was over. Many years later we connected once again when our children attended the same school…and now we are blogging friends! As a teen I loved to listen to all the music my parents disapproved of…the Beatles, the Beachboys, and Simon & Garfunkle were some of my favorites. I drove a 1968 Mustang until I left home, and it stayed for the next sister in line…and eventually it became my brother’s (I think he still has it). I wore skirts that were too short and had long straight hair…and I loved the Lord and was baptized at the age of sixteen. After high school I attended Bible college for one year…before getting married! 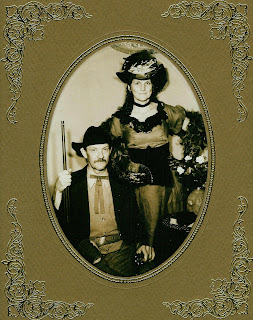 Elmer and I attended the same church and school, but being a few years apart in age we really never had much to do with each other. We started dating on the day that man first landed on the moon (July 20, 1969)…and soon we were spending a lot of time together. My dad loved him, and even forgave him for not driving a Ford. He proposed to me under a bridge in the shadow of Mt. Cheam (that’s the mountain I look at every day!)…and we were married on the hottest day of July, 1971. He has been my best friend, through thick and thin over all these years. We have had such a good life together, and God has been faithful through all the trials. We have done a lot of traveling and both really enjoy seeing new places. Shortly after we were married, we went on a missions trip to Haiti, Dominican Republic and Guadeloupe. That was a real eye-opener and an experience we will never forget! I can still smell the stench of the Iron Market in Port-au-Prince, Haiti. We have been to Finland and Russia…Switzerland and Germany…London. We visited Alaska, the Caribbean and Hawaii…and the east coast of Canada. The last few years we have enjoyed seeing the sights of Canada and the US as we travel in our RV. We have also had wonderful friends through the years, many whose company we have enjoyed throughout our marriage. We have been involved in some aspect of agriculture throughout our marriage…we had raspberries and hogs before our venture into dairying. I have always worked on the farm…and am now relegated to doing the books for the company. But of course the highlight of our married years, has to be our family. 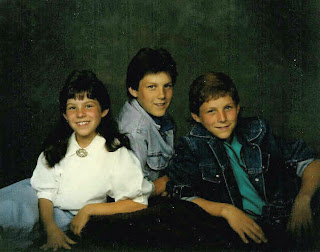 I became a mother at twenty-one. Now that is very young…why didn’t I think so at the time? Kristopher Paul was born on August 14, 1973 and he became the center of my universe! He was 9 lbs. 14 oz. (ouch) and had big hands and a loud cry. He was a happy, easy baby and a smart little boy. Jeremy Michael arrived two years later…a blond, curly head with a mischievous smile and a penchant for pranks. Our dark haired girl, Heidi Leanne, joined the family three years later. At twenty-six years of age I had three children, and our family was complete. They were my pride and joy (still are), and I so enjoyed being a mom. Each of them followed a different career path, and are using their God-given abilities. Over the past eleven years, I have acquired two new daughters and another son through marriage…and our family is so much better for each one of them! 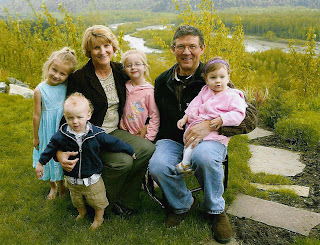 Now that is a joy beyond anything I ever expected! I was a bit of a reluctant grammy, until the time arrived. After Heidi got married, we enjoyed our empty nest for a few months, and then we became grandparents to twin girls. Since Jeremy and Broni lived next door, there was barely a day that we didn’t see the girls. They came for sleepovers right from the start…mommy and daddy appreciated having a few hours of uninterrupted sleep once in awhile. Who would have thought that they would be so much fun? Brother Ryder joined the girls two years ago (we are celebrating his second birthday today)…and Cousin Ranen arrived the following spring. Grandchildren are just a delight! And I am looking forward to many more joys in this role…and more grandchildren too!

I’m giving away a calendar to celebrate my 100th post, so be sure to leave a comment or send me an e-mail and I will enter your name in the draw. The calendar features garden photos I took last year...mostly right close to home. Check back tomorrow & I will have my un-biased assistant draw the winning entry!

And now I must go cook my turkey. I am having 100 relatives for turkey dinner today (or was that 24?) …and I better get cooking!