Sunday dawned with a blanket of snow over everything. My morning walk was somewhat short lived, as the roads were too icy to walk on. I stopped in at the riding stables down the road, and caught a few horses enjoying their cold cereal for breakfast. 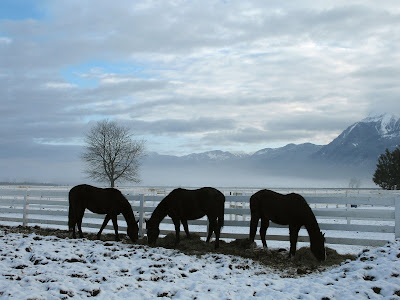 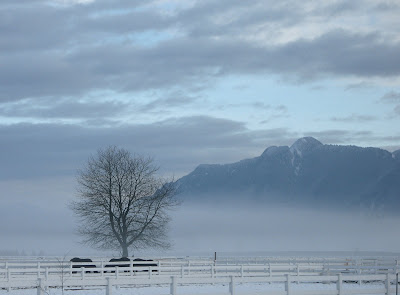 We joined our kids for a gourmet lunch at McDonald's following the morning church service...a good time was had by all (it's the company that makes or breaks a party...not the food!).

We had a most enjoyable afternoon...a circle drive around our valley on a beautiful winter Sunday. The plan was to cross the river and check out the eagles at the salmon spawning grounds. 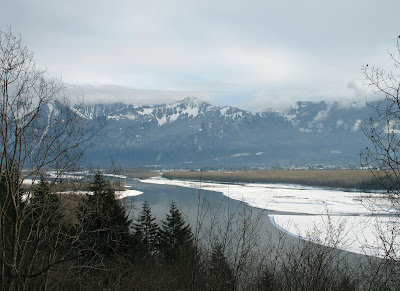 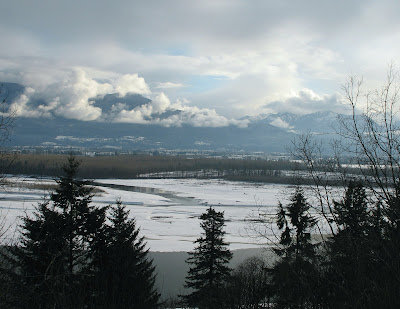 Once across the bridge, we stopped and took in the view of the valley floor from the other side. It's only a few miles from where we live, yet looks so different from this perspective. 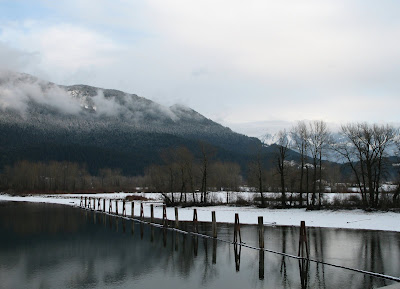 We passed Harrison Mills and then drove up to the Weaver Creek salmon spawning area. 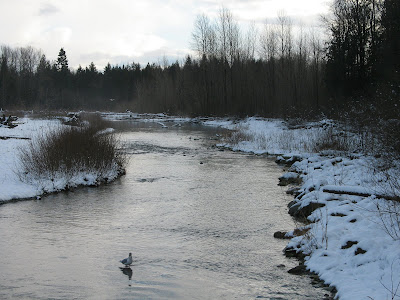 The air was crisp and the snow crunched under our feet as we walked about. It was just wonderful to be outdoors, enjoying God's creation on such a beautiful day. 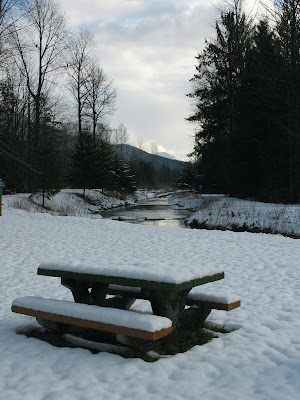 We weren't quite prepared to have us a picnic... 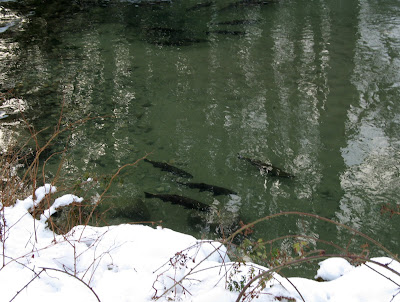 but we checked out the spawning fish. The eagles were no where to be seen...I'm thinking they have all moved to our farm for now! 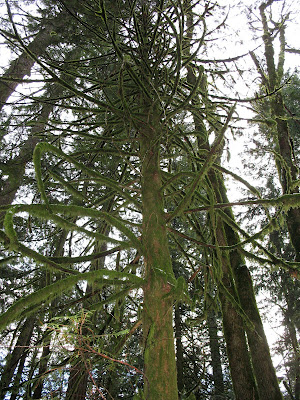 We walked through the forest for a spell...and couldn't believe the moss which hung from every trunk and twig! 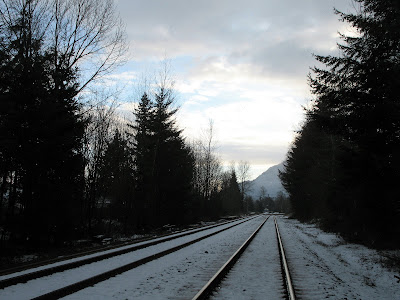 We continued west along the other side of the Fraser River...the Canadian Pacific railway tracks seemed to be going the same route as we were! 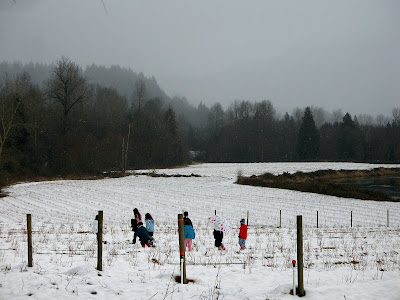 These kids were enjoying a Sunday afternoon walk through the fields...it was actually snowing at this point. 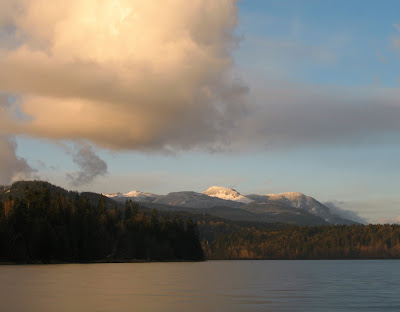 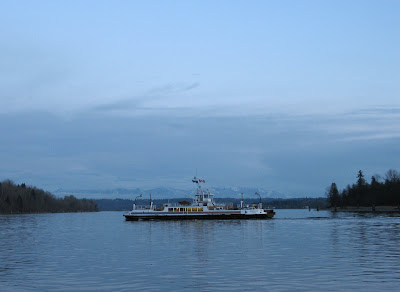 ...and eventually we arrived at the Albion Ferry crossing. I have only been on this ferry once before in my life, so I was thinking it might be an adventure. The sun was sinking as we drove aboard...and our trip across the river took all of about five minutes (so my adventure was rather short-lived!). This ferry is being replaced by a new bridge (Golden Ears Bridge) which is to be completed next year. It is the only remaining ferry crossing on the Fraser River, so it was likely the last time I would cross the mighty Fraser River on a ferry! 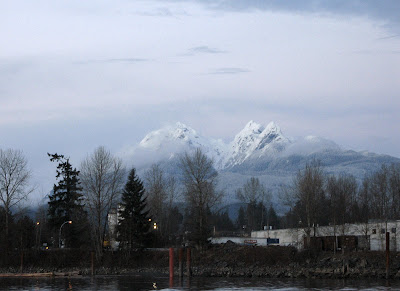 As we were about to dock on the far shore, I took a parting shot of Golden Ears Peaks in the distance.


The rest of the drive was under the cover of darkness...not much for views, but the company was still good! And so ended a most pleasant Sunday afternoon.
Posted by Judy at 7:23 AM