Lavender...blooming in a garden near you! There's English & French...white, pink and blue...purple and lavender in every hue. 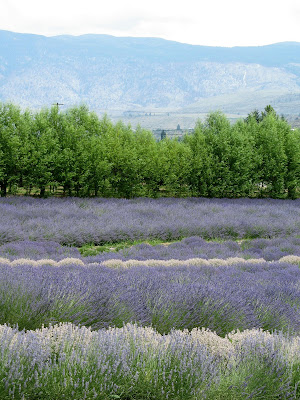 Lavender looks best grown in large masses...or long purple rows that make you think of Tuscany or some other romantic place. It's soothing and peaceful...and apparently will heal all manner of ills (I wouldn't know about that)...but I do know that it smells heavenly and you should have at least a plant or two growing in your garden! 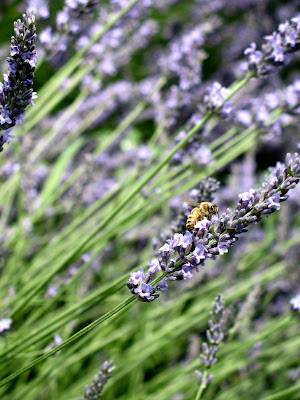 And the bees love it...that's a good thing as well (although my granddaughters can't be convinced of that). 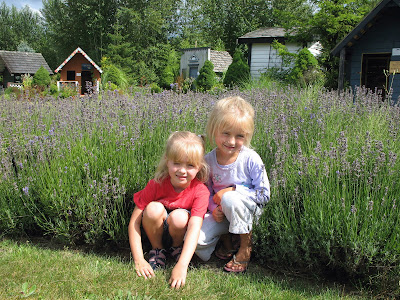 After determining there were no bees nearby...they were OK with a 'quick pic' in the lavender.
The spring flowers have long since finished blooming...and my hydrangeas are still just a dream (there are tiny buds, but it will be awhile)...but I have a bumper crop of lavender, and so that's what I've been filling my vases with. I snipped a big basketful the other day...and put lavender in most every room. 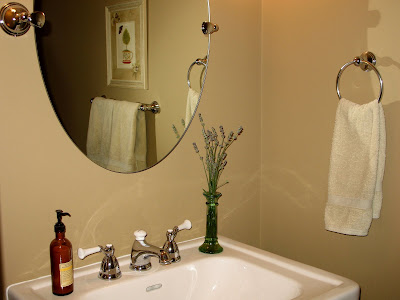 Who needs a room freshener in the washroom, if there's lavender? 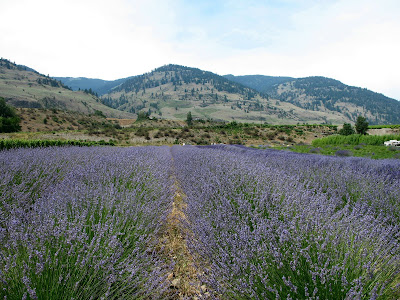 There's nothing quite like walking through a field of lavender...this particular one is in the southern Okanagan right next to all the famous vineyards. We may just have the opportunity to see it again next week when we meet in Oliver for a family reunion.
I've never really tried using lavender in any recipes...but am tempted to try Rachael Ray's Lavender Lemonade. I love lemonade...so we'll see how it goes over with a little lavender twist.
The sun is shining...it looks like a lemonade and lavender kind of day!

Email ThisBlogThis!Share to TwitterShare to FacebookShare to Pinterest
Labels: gardens