Welcome to Day 2 of 'Let's Take a Trip'! We are looking forward to visiting lots of interesting places this week. Why not join in the fun and be a tour guide? Simply do a travel post and send me the link (by e-mail or as a comment). I will display all travel links at the bottom of my post every day. Enjoy the tour!

* * * * * * * * * *
Newfoundland was never on my priority list of places to visit...but six years ago we found ourselves on a vacation on Canada's east coast, and spent one wonderful week in Newfoundland.

It was like nothing I would have ever expected...and was rather like visiting a foreign country. Even the dialect is so different than that to which I am accustomed...I had a hard time understanding the folks out in the country. But the people are so friendly...and warm...and welcoming...that we felt at home there from the start. 'Tis the Newfie way, me friend!' 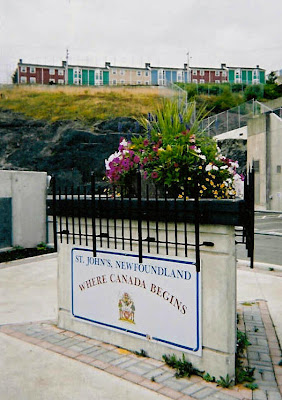 We strolled the downtown streets with their colourful houses...and checked out the famous George's Street during the day (it is famous for it's night life). 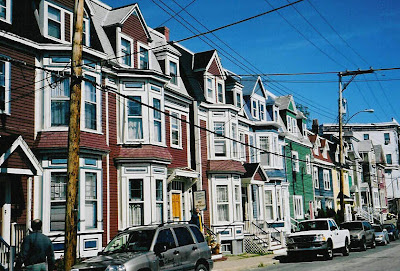 The tradition of brightly painted houses began so that the men could find their own home when they came in from the sea. 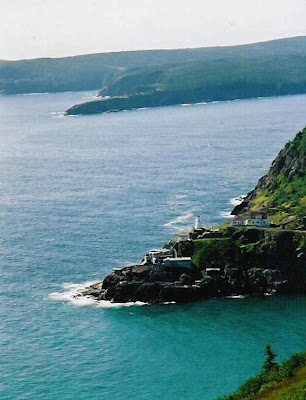 We spent some time on Signal Hill, which rises 160 meters above the narrow approach to St. John's harbour. It was here where the British forces defeated the French in 1762...the last battle between the two countries in North America. From here we had a wonderful view of the area! 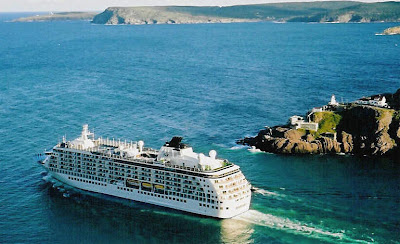 One night we joined the masses up on the hill to view the famous cruise ship which was in the harbour on it's maiden voyage...Madonna was reportedly on board. The ship was called The World and is the first resort ship which continually navigates the world...all suites on board are privately owned. So we watched as The World sailed out of St. John's, Newfoundland on a warm September evening in 2002.

We had bakeapple (cloudberry) pie at a quaint little eatery...and tried out some of their traditional dishes. What we found most interesting was that every restaurant menu had a 'fried bologna' entree. That seemed to be a gourmet dish over there...I recall having fried bologna on occasion as a kid and it was always a meal of 'last resort'. 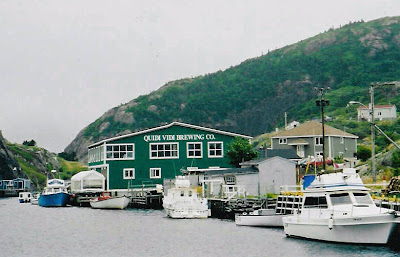 ...and Quidi Vidi Village (pronounced Kitty Vitty). In this village we toured the Mallard Cottage, which is the oldest known wood structure in North America. 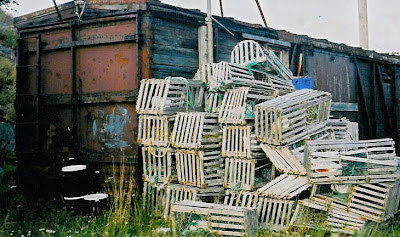 Everywhere along the coast we saw remnants of the fishing trade...abandoned boats, containers and lobster traps.

We took a boat tour through Witless Bay where we viewed Atlantic Puffins...the largest sea bird colony in North America. 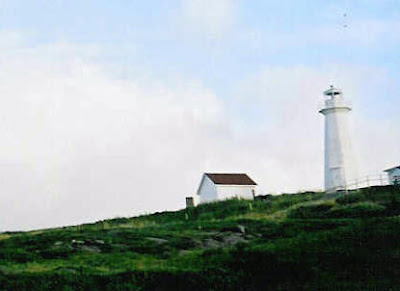 From there we drove to Cape Spear, which is the site of Newfoundland's oldest surviving lighthouse (built in 1835). It is also the easternmost point in north America.

Next we travelled west across the province...stopping here and there, and always staying at B & B's for night. That was the most wonderful experience! The people are so friendly...and we definitely felt like we had stepped back into another era. 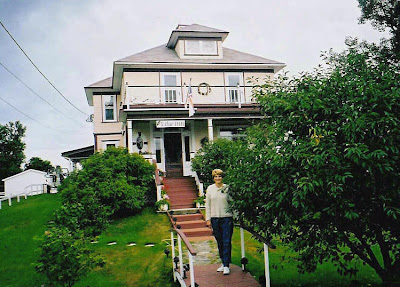 At one B&B we were greeted by a young gal, who showed us around...and explained that the owners were away for the weekend, but we should make ourselves at home and she would be back to cook our breakfast in the morning. I asked about a key, since we planned to go out that evening. A key? That seemed to be a foreign concept over there...the house was never locked! We were guests in a home...the host was away and entrusted us with all she had. It blew us away! 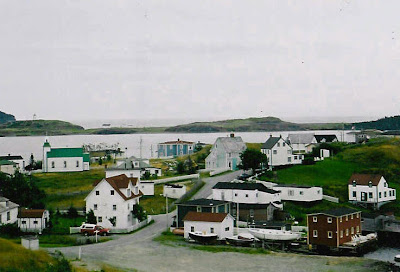 Trinity Bay was a most interesting stop. The Portuguese sailed into this harbour in 1501...and we saw tombstones that dated back many centuries. Trinity was also the filming location for the movie 'Shipping News'...which I watched for that reason alone.

We spent some time in Gander...toured the aviation museum...and saw the town which had been thrust into the spotlight one year earlier. In the aftermath of the attacks on the World Trade Center on 9/11, thirty-eight jetliners en route to the US were diverted to Gander. What happened over the next four days will forever stand as a testimony to the hospitality and generosity of the people of this area. 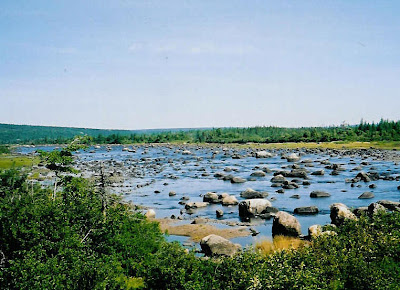 We passed by rocky rivers...and scrubby forests growing on rock...and houses built on rocks...and realized that lawns and gardens on this island were truly a luxury!

We saw clothes on washlines blowing in the breeze...lovely old cemeteries on the ocean shore...and open air concerts of Newfie music on warm summer night. 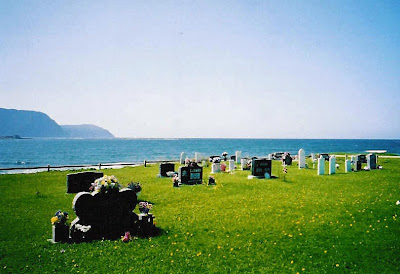 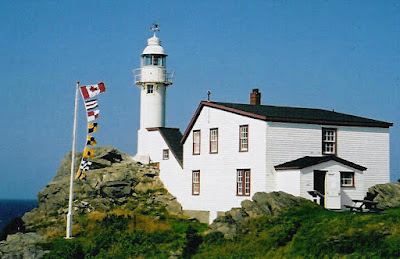 ...before leaving this strange and wonderful island which is part of our country!

We have many wonderful memories...and a few souvenirs to remind us of our time on 'the Rock'. We purchased a CD by a local Newfoundland band...and it has been a favorite over these past years. The grandkids love to sing along at the top of their lungs..."It's good to see you...to be in your home". And hubby brought back a few souvenirs of his own...a parking ticket from St. John's...and a speeding ticket from the Province of Newfoundland. He goes to great lengths to make memories!

It may be a little off the beaten track...and it might not be your dream destination...but if you ever have the opportunity to explore Newfoundland, you'll be so glad you did!

Next stop on your tour~