It's apple season and I love apple baked goods. I was planning to share an apple torte recipe, but since we had apple pancakes yesterday, I'll pass that one along instead.

We are so fortunate to have a brother-in-law who has an apple orchard in the Okanagan and is so generous with his apples. I'm not always sure what variety they are...but these are mostly Gala's. I couldn't resist picking up a few of these massive Honeycrisp apples at the produce market yesterday...they are crisp, juicy, sweet and taste like the old-fashioned apples that grew on our farm when I was a kid. 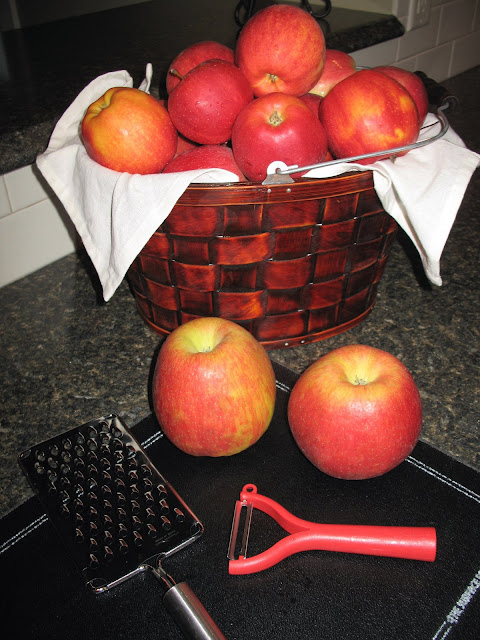 Here's an apple-iscious recipe for a cool & crisp fall day. It's one of my old favorites and I have no idea where it originated...something I clipped out of the 'Country Life' paper once upon a time, I think.
Apple Pancakes:
Hot Apple Cinnamon Sauce: 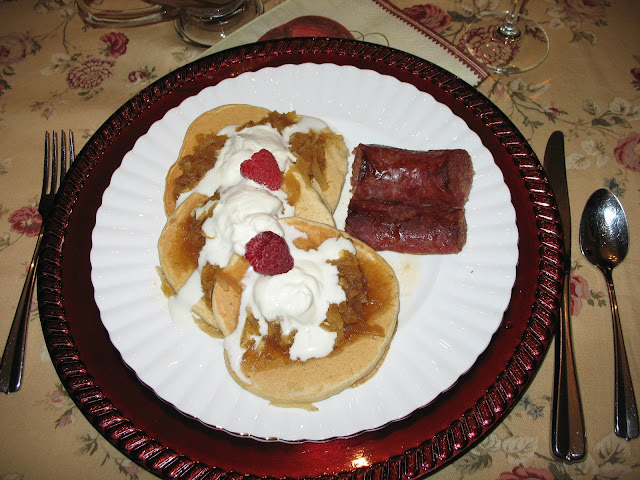 Serve with whipped cream..and some sautéed Mennonite farmer sausage, and call it a meal! (I even found a few raspberries out in the garden yet...surprising since it is getting on in October!)
I often do half the recipe if it's just for the two of us. But I got a little carried away here, and did the whole batch. So I ate way too much & I'll have to think of 101 ways to serve day-old apple pancakes.