I love visiting places I have never been and Alpine Meadows Resort at Hallamore Lake was one of those places. It was about a five hour drive...ours was little longer than the rest of the gang, since our motor home was not able to access the ferry across the river which would have saved us about 30 minutes. Jeremy's van went across first; next Kris made it across with his pick-up pulling the trailer with a fishing boat; we made an attempt to board but were forced to back out of the loading dock when we bottomed out! The rivers are very low at this time of the year, therefore the loading ramp was just too steep. Oh well, the fall colours were so beautiful, I was OK with the extra drive.
We parked our RV right next to this 'cabin' which we called home for the weekend. 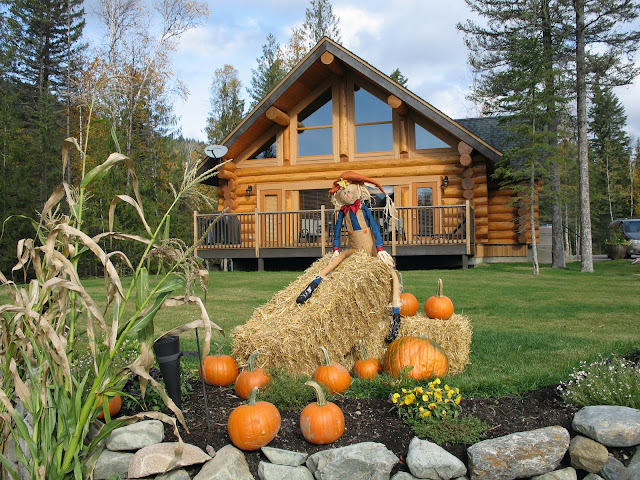 The first order of business was to head to the lake and check out the fish...at least, according to Jeremy's schedule! 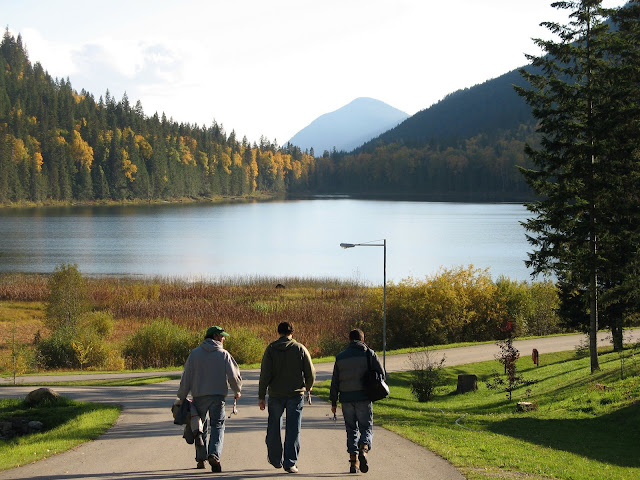 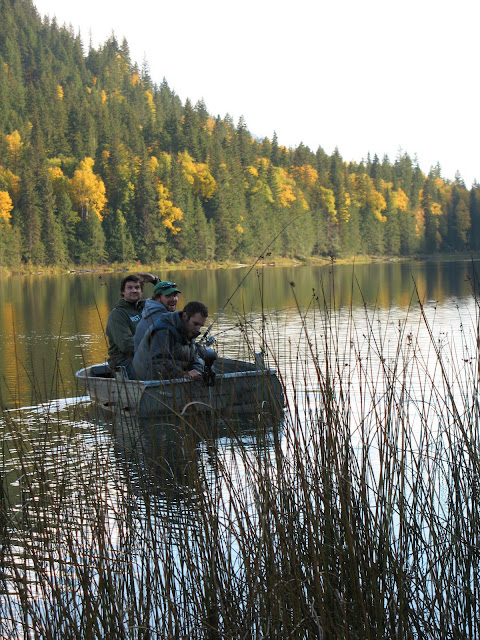 They came back shortly with a fish, so we added that to the dinner menu, thinking it may be the only one we catch. 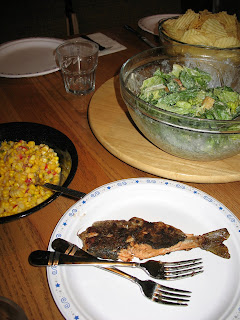 No fears...we brought nine more home with us and will have a fish fry one of these nights. That little trout was very tasty! The kids were so excited about going fishing...and even more so when they caught fish. There was never a dull moment out on the lake...someone always had a fish on the line. 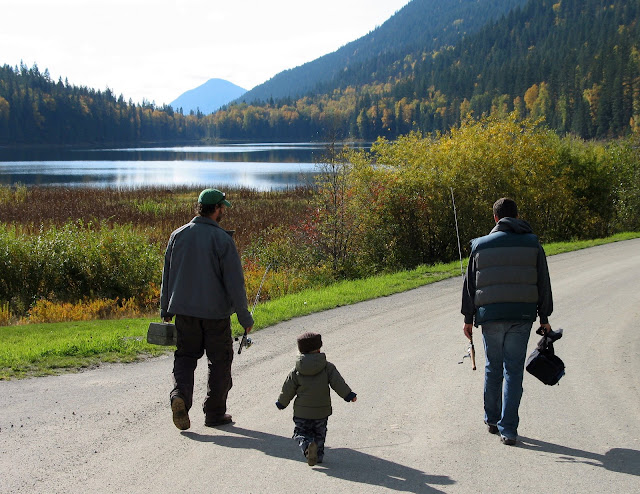 The resort was hosting a skeet-shooting competition this weekend, so the guys all took part...why not, when the prize was a weekend accommodation at this resort? After receiving their instructions, they each had their turn. 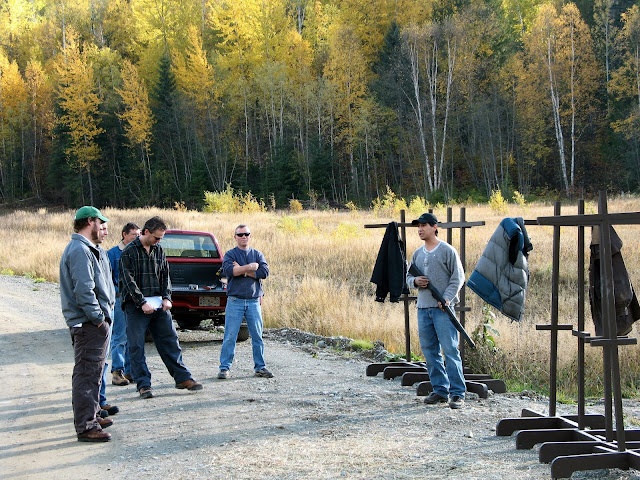 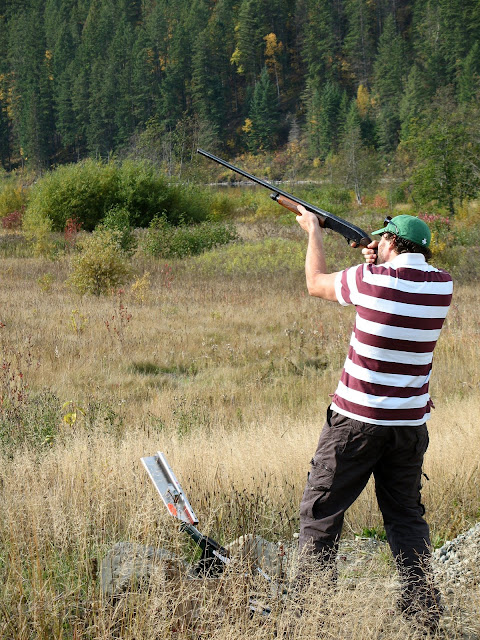 He actually shot 11 out of 12, so there wasn't much chance of anyone catching him. His closest competition was Tim, shooting 8/12 and Sergei, who had served in the Russian army and also shot 8/12. So, congratulations 'hot shot'!

As part of the Oktoberfest celebrations at the resort, there were activities for everyone. The grandkids had such fun taking part in the pumpkin decorating contest. 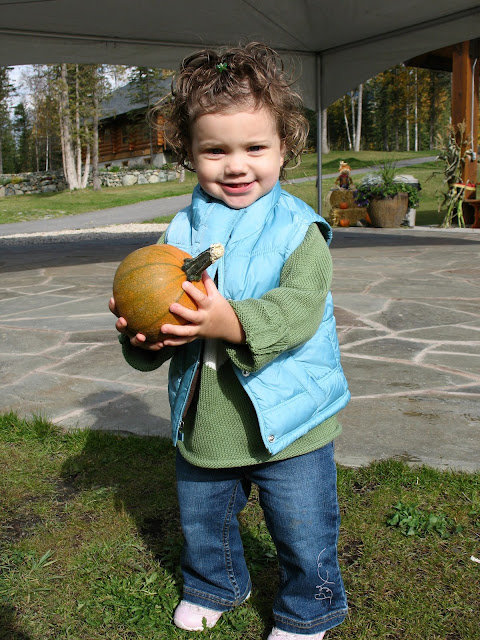 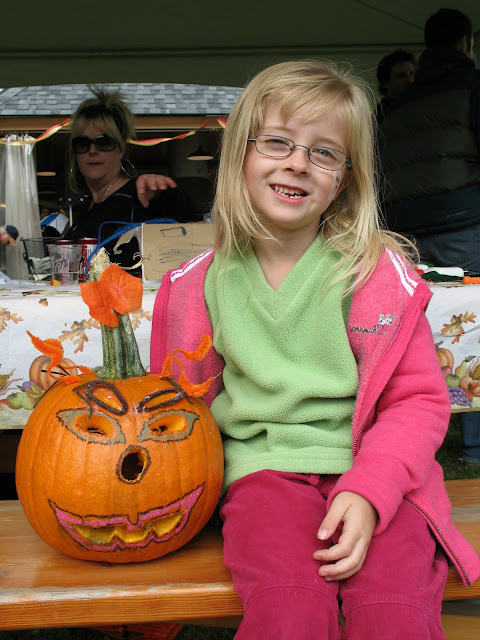 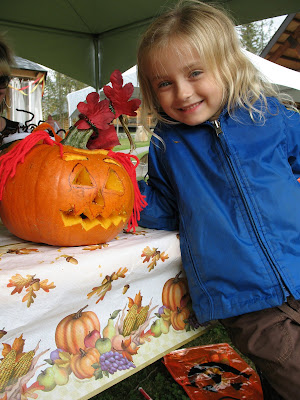 Emme & Spencer had a little help from Auntie Heidi and Auntie Lisa with their pumpkin art. 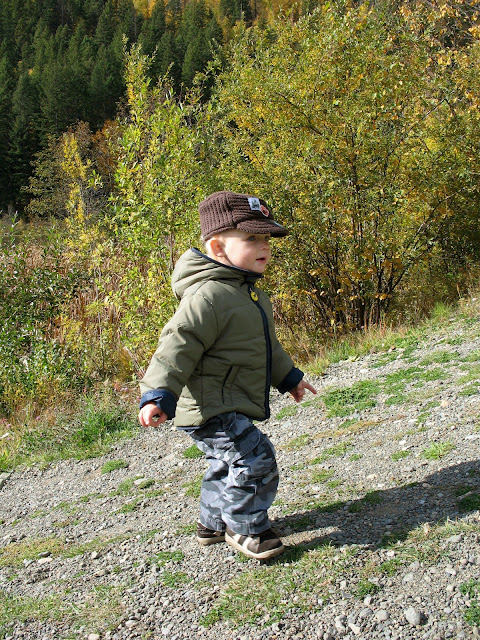 The kids packed up and left for home on Sunday afternoon; we stayed an extra night and ventured out to Wells Grey Park, since we were in the area. Thanks to Jeremy for planning our family Thanksgiving get-away...it was a great weekend.