Every farm needs a dog...at least one. We have had a wonderful Alaskan malamute on the farm for many years, and he has been the best! He came to us in a temporary arrangement when Ron & Mary Ellen (sister) moved to Manitoba in 1998. We reluctantly agreed to keep him until they bought a home out there...we already had a dog at the time and weren't really wanting two. 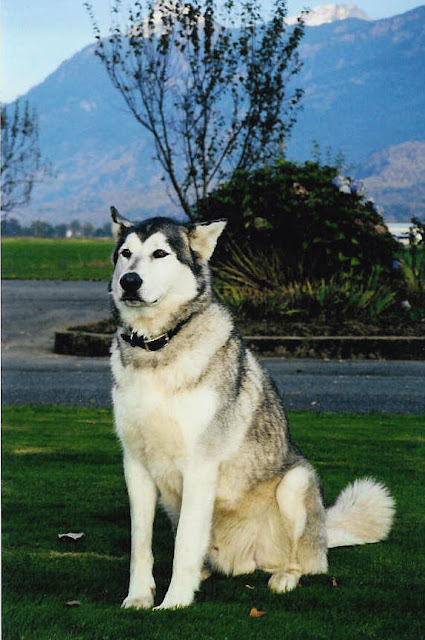 However, he quickly wormed his way into our hearts and lives and we've never let him go! When the time came for Chief to make the big move to the prairies, we made Ron & Mary Ellen an offer they couldn't refuse, and Chief has been our loyal and faithful friend all these years.

Chief has had many brushes with death over the years, but he's a real survivor. In his first few weeks with us, he (unknown to us) rode along with a cattle trailer into the city where he ran about in the traffic, totally bewildered. It was only by 'coincidence' that we figured out what had happened and went looking for him. In his first year on our farm, he had three close calls with death. It seemed impossible to keep this dog safe in his new environment!

The point of this story is that today is a sad day for us, as Chief is being put down. He had a tough winter last year, but pulled himself together when summer rolled around. As he is nearing his 13th birthday, things are rapidly going downhill, and we think the kindest thing for us to do is say our good-byes and not allow him to suffer. 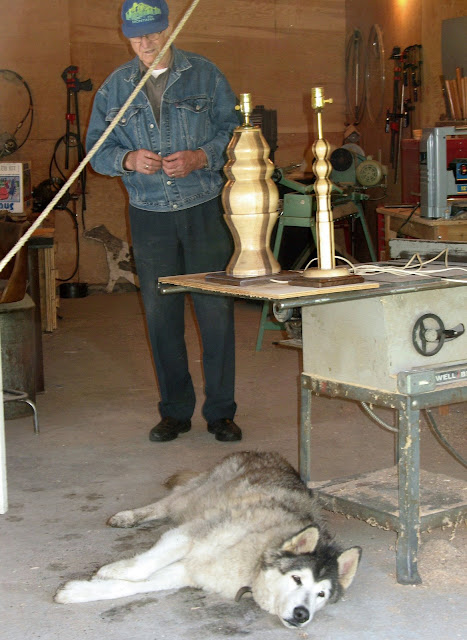 I just stopped by the farmyard to say my last farewell. The vet was already there...but where was Chief? He was spending his last minutes with my dad...who had come to work in his shop today. It was a sad time for Dad too...he always had a soft spot for Chief! He was such a kind and gentle dog, despite his size...very loyal and affectionate. We will miss him a lot, and we will always have good memories of our Chief who came for a visit and stayed forever! 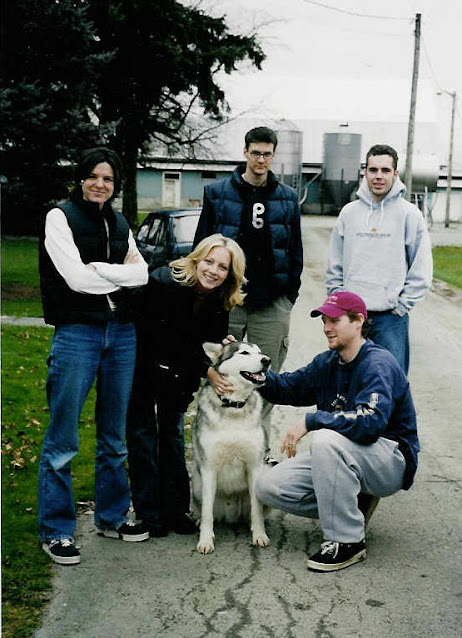 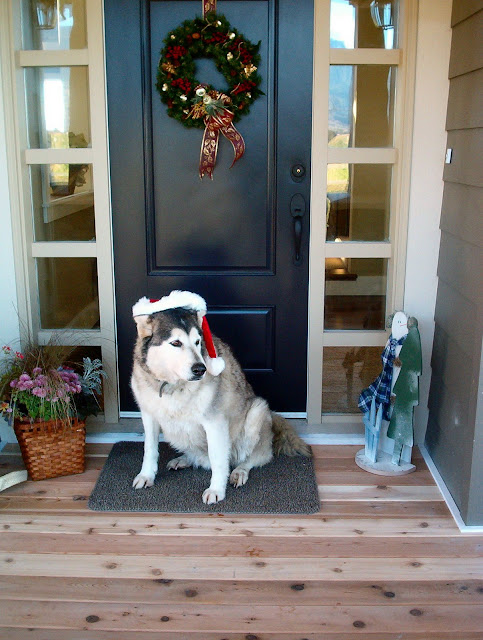 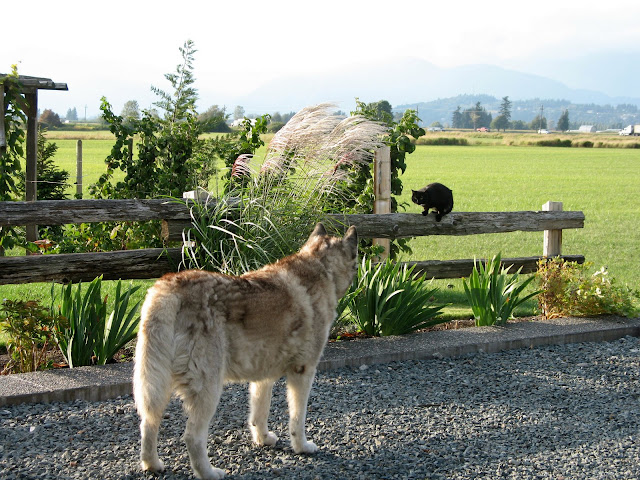 He didn't have much use for the neighbour's cats...our own he tolerated. 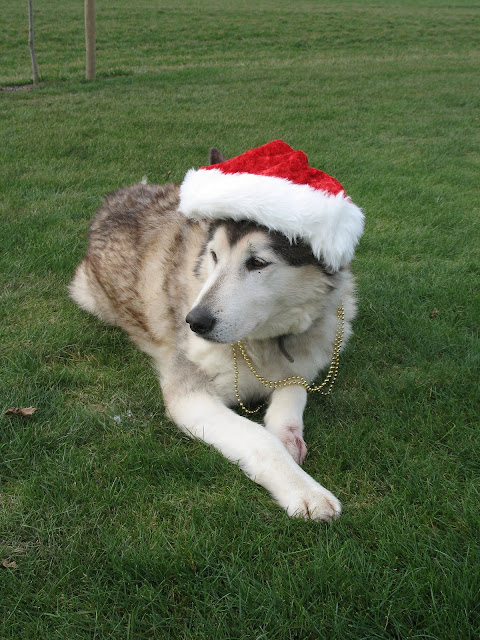 He will be fondly remembered...our Chief!