The skies have been clear all week and we have enjoyed the most beautiful views of the mountains and the moon each day. What a breath of fresh air to step outside! 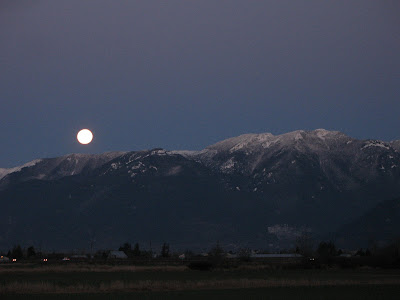 Indoors it’s a different story. Let me carry on where I left off yesterday...

Once our Popsicle party came to an end, I quickly cooked up a pot of hamburger spaghetti sauce. I put the lid on the pot, flipped the control to 'off' (or so I thought), and left to run errands. An hour later Elmer came home to a house filled with smoke. He removed a charred pot from flaming red element, and carried it outside. He opened all windows and doors in an effort to clear the air. By the time I arrived home, the worst of the disaster was over...so it seemed. The north wind howled through the house for a few hours, while we wore our jackets and toques. I never slept too many hours that night, while I replayed what could have possibly happened. The oven control had obviously not quite made the 'off' position...'high' is right next to it. The putrid air had us coughing all night....while I schemed how I would make everything right in the morning. First thing I put on a simmering pot of hot apple spice, thinking that would fill the house with a beautiful aroma. I baked cinnamon loaf...and put out bowls of baking soda. I soon realized that we couldn't even smell the spices, and it would take more than that. I called the restoration service, to see if they had a quick fix for smoke smell....like maybe something we could just spray throughout? The nice man came to check things out...and as he walked through the door, he announced that 'this is bad' and will never go away on it's own. There are no easy fixes for 'protein fires', as they call it...this is now an insurance claim. 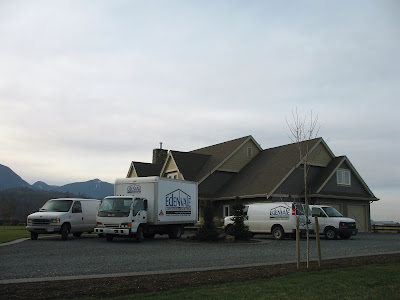 They have brought in the troops...let me introduce you to my cleaning crew, who will be spending some time with me it seems. 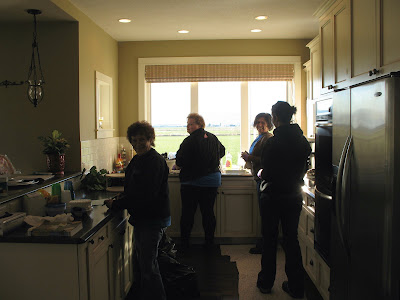 Every surface in the main part of our home will be washed and cleaned...or thrown away. I no longer have sugar for the cereal...or any tea it seems. If it's not in a sealed container, it is gone!
I feel quite sick about this, and know that I can't blame anyone else (I wish I could!). My hubby has not given me the lecture I deserve...maybe it will still come. My dad suggested maybe it was time they put me in a home...it might be safer for all. And my daughter was very understanding...since she has endured years of ribbing about the grease fire she had in my kitchen in 1997. (I have now forgiven her for that!)
I've had a hard time finding the blessing in this...but I realize there is much to be thankful for! It's just stuff...the house is still standing and no one was hurt. And I'll have my spring cleaning done in January... 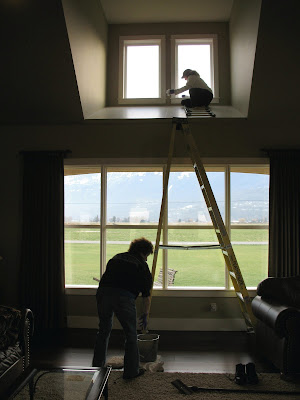 ...and so much more thoroughly than I would have done it on my own! I was thinking I would keep this story to myself...but as they say, 'misery likes company'.
My walking has been put on the back-burner for now...while I take care of my spring cleaning!