Whew...I'm home from the hockey game...but just barely! For someone who is a very occasional hockey fan...and knows none of the players by name...it was a more than I had bargained on! 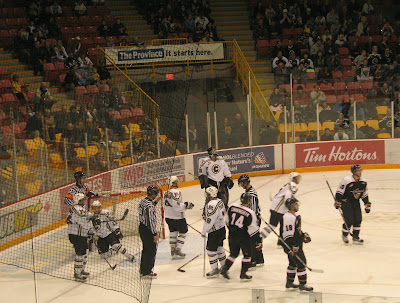 When the game should have been over, I was quite ready for my Timmy's coffee (maybe it was that red sign beckoning me from across the rink all evening). But that was not to be...since the game was tied 3-3! Being a play-off game, it went into sudden-death overtime. By now I was an avid Chilliwack Bruins fan...if they would just end this game, I would be forever grateful! Let's just say we got our money's worth. It was one of the longest games in hockey history, and was finally over just before the end of the 3rd overtime period...which was almost midnight. Unfortunately, the Giants came out on top after five hours of play. I also learned that not all Tim Horton's are open around the clock...and we had to visit two before we found someone willing to serve me that promised cup of coffee at that hour.

If you are looking for a quick & easy project...here's one for you! While wiling away my time in the waiting room of the doctor's office, I usually flip through magazines...and often copy down a recipe or a pattern I plan to try out. I've had a pattern scribbled on the back of my checkbook for some time...so I decided to give it a whirl. It whipped up in no time...so I'll pass along the idea for anyone else who might want to give it a try! 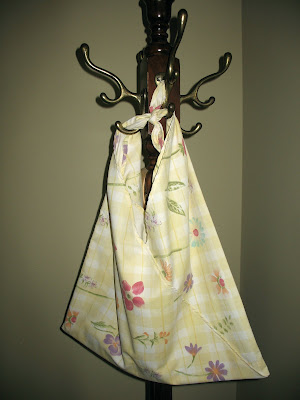 It's made from a vintage pillowcase...cut in half diagonally...re-sewn and knotted at the top. After following my shorthand hieroglyphics, I found it on Martha's website with explicit instructions....check it out. It would make a handy beach bag, shopping bag, library bag...or maybe you could use it for bringing home the goodies from the candy store. 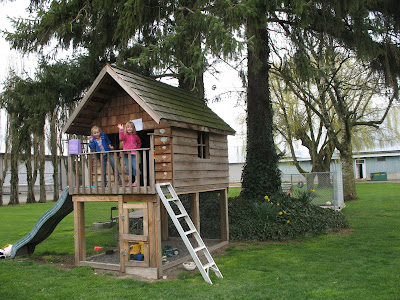 Speaking of which...I was invited to an after-Easter sale at the candy shop next door yesterday. Two little girls spent the morning setting up shop and sent out invitations for their afternoon sale. The ladder had been missing all morning, as they did not want their brother's help. He was banished to his 'pen' below. 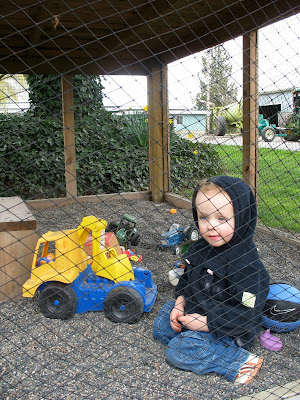 But they needed the ladder in place for their prospective customers...and Ryder was the first one up. 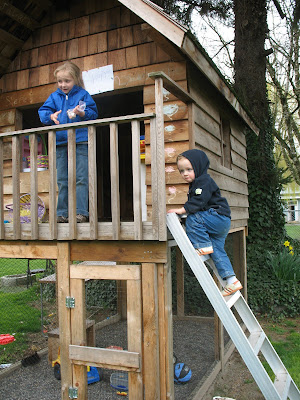 When Grammy arrived, they were out on the deck... 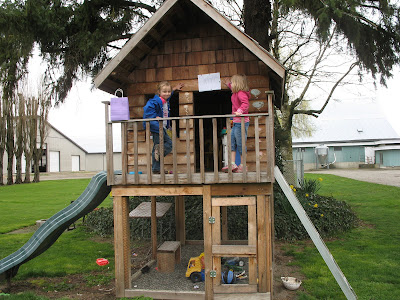 ...pointing to their OPEN sign and encouraging me to come shop. 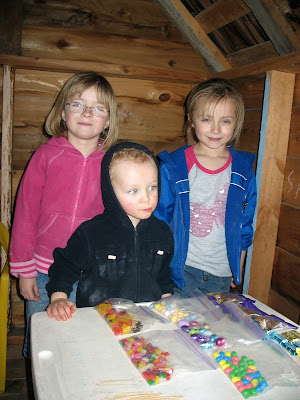 Hmmm...all those sweets looked vaguely familiar! So I left with a bunch of treats...in exchange for a lot of coin. Smart girls...they know they'll see those treats again at Grammy's house and they had a bag of cash to show for their sales. What fun...but spring break has come to a crashing halt and today it's back to school!

Have a good day...whatever it may bring your way.