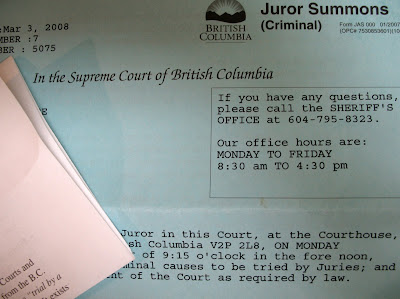 This morning (as we speak) my hubby is appearing at the Supreme Court for jury selection. His name was chosen in a totally random fashion from the voters list...and it is illegal not to be present. I find it quite interesting that after all these years, three of us from one family have recently been called to report for jury duty.

Jeremy received his summons...was chosen despite his best efforts to be disqualified...and asked to be excused due to obligations on the farm. He was granted his exemption...although he would have quite enjoyed serving on that particular case. He said he knew the 'suspect' was guilty just from looking at him! It seems to me that jurors are supposed to report for duty with empty heads, so maybe he would not have been an ideal juror,with his preconceived verdict of guilt!

Next I was summoned as a juror...and actually thought it would be quite an interesting experience. But the timing is never perfect...and I had to report for duty the day after my grandson was born, and while I was caring for Emme and Spencer. As it turned out, I spent four hours in a waiting room outside the courtroom...before being dismissed. The 'suspect' failed to show and the court case was cancelled.

Today is hubby's turn...he plans to ask to be excused as there is much work to be done on the farm. He took the latest Wilbur Smith novel along to occupy his time while he waits for the process (nothing happens quickly at the courthouse!). We will see how he fares.

Two of our close friends were selected to be on juries last year. One was a murder case and the trial lasted for two weeks...the other was a drug case and was one week in length. Both of them found the process most interesting. They took their civic duty seriously and were keen to be fair arbiters of justice -- but the time involved is quite a commitment.

And here's something else which you may find of interest. Unlike in the U.S., where juries are often interviewed at length about what went on in the jury room, it is a criminal code offence in Canada for juries to talk about deliberations. To anyone. Ever. Now would that not be difficult? One may not discuss the case with family and friends...period! We'll have to stick to John Grisham novels if we want to know what happens in the courtroom.

So here's a sad thing...my favorite Nike hiking boots are causing me grief! 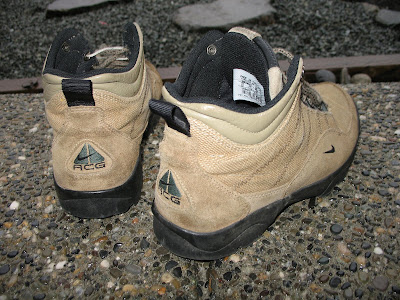 I went for a nice long walk with Marg last week, and came home with a big blister on my heel. Those boots have served me well up many mountains and through many valleys, with never a problem. I remember wearing them to hike the Exit Glacier in Alaska in 1999...they also went to the peak of Mt. Cheam that same year. Ooooh...that is almost ten years ago! I hiked the Grand Canyon with them a few months ago...without a problem! Although the tread is still great...it seems the padding on the heel is worn right through and they will need to be retired. I hate to part with old, worn shoes...and breaking in new ones is no fun. Sigh.

Speaking of walking...I walked my usual route yesterday. Other than the weather, there's not much that changes along the way from day to day. But yesterday I had the best surprise! Just down the road, in a grove of trees...is a very large nest. And sitting almost motionless atop this huge mass, was an eagle. I was under the impression that the eagles spent their winter months here and then left before mating season. However, it appears we have a pair of eagles nesting nearby. I will keep you posted as I walk by this week...I must remember to wear my lenses or I may have trouble spotting the one-ton nest! 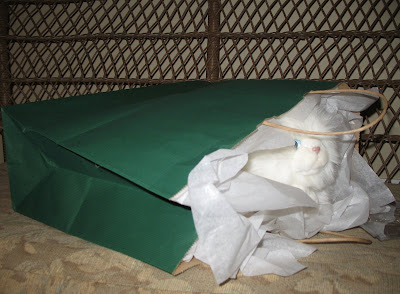 Be sure to check back tomorrow...I'm planning to let the cat out of the bag!

Email ThisBlogThis!Share to TwitterShare to FacebookShare to Pinterest
Labels: minutia of life, walking