It wasn't exactly kite-flying weather around here this weekend. We have reverted to winter temperatures...winter clothing...and winter activities. That means we spent the weekend indoors.

On Saturday night we picked up the newly released screen version of "The Kite Runner". We had actually planned to watch it on the big screen at our local theatre earlier in the week, but it was sold out by the time we arrived. So we decided to throw our own little theatre party...and invited some friends to join us. The seats were comfy...the popcorn was free...we even had occasional commentary...the screen could have been a few feet larger (especially since a lot of the movie has sub-titles). But it was a good movie to see...it actually puts you right there in Afghanistan!

The Kite Runner is the story of Amir and his childhood friend, Hassan...who fly kites together on the streets of Kabul in the 1970's and have an idyllic friendship. As Amir comes to realize that his friend is of a scorned ethnic group, he too rejects his best friend. After the Soviets invade Afghanistan, Amir flees to America with is father and here he attempts to build a successful life for himself. He can never forget the sins of his youth...and eventually chooses to risk his life to protect the helpless to make amends. Almost without exception, I enjoy the book better than the movie, and I was glad to have read The Kite Runner first...it goes into so much more detail. But the movie was so well done...and it gave me a picture of life in Kabul before and after the Taliban. (Just don't rent this DVD if you are looking for something on the lighter side!) 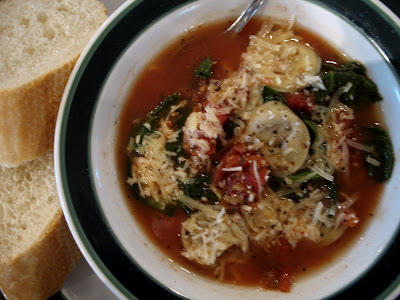 And since it was a 'soupy' kind of weekend, I cooked up a pot of quick & easy tortellini soup, which I snagged from Trish's new blog. Check it out...lots of yummy recipes and musings from a busy gal with a knack for writing! I added a few spices to the soup...namely basil, oregano & cayenne and we quite enjoyed it.

Yesterday we met out-of-town family for lunch...had a wonderful meal together and eventually moved to the DQ for dessert. A wee bit of sun actually poked through the clouds for a bit in the afternoon... 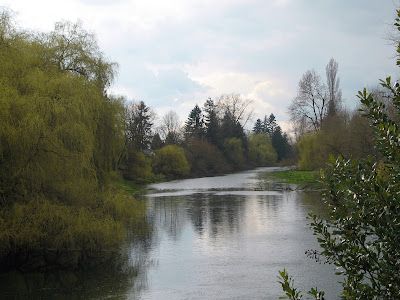 ...and I caught a few images of the weeping willow trees with their new foliage. 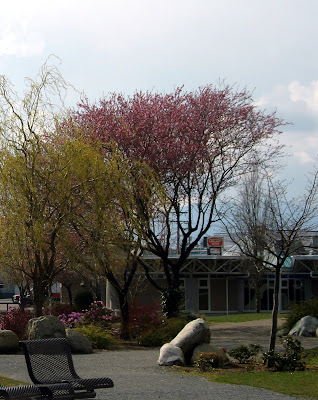 The cherry blossoms are just beginning to open...the flowers don't quite know what to make of the cool weather! 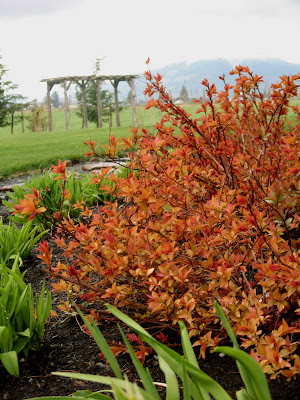 But who needs flowers when the leaves are so brilliant? I love the colours of spring! 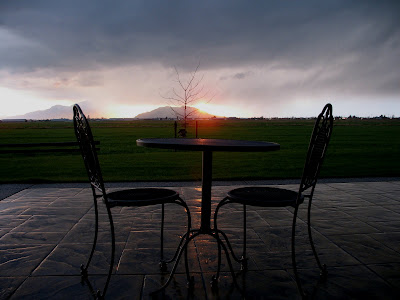 The rain came down to end our day...but somewhere not too far away the sun was shining! This morning we have grey skies and wet roads...but that won't be stopping me from my morning walk, since I won't be walking alone today. There's nothing like good company to make the miles go by!

Email ThisBlogThis!Share to TwitterShare to FacebookShare to Pinterest
Labels: minutia of life, spring