the weekend that was...

We had sunshine and blue skies over the weekend...it was exactly what the farmer ordered...since there is still much spring work to be done. So while the guys were busy Friday afternoon swathing down a field of grass... 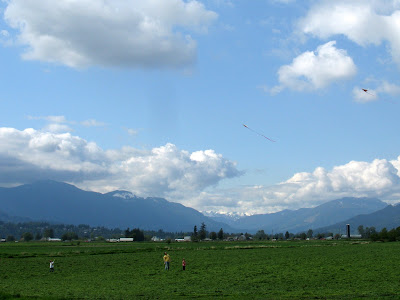 ...my granddaughters were out on the freshly mown hay...flying their new kites. They had a little help getting them up in the air...and then the wind just kept them afloat. 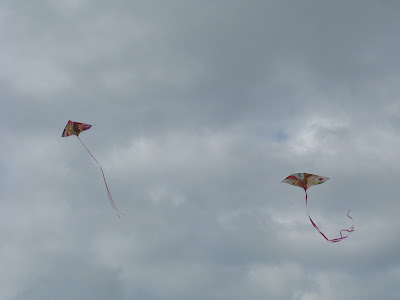 And while the kites flew high... 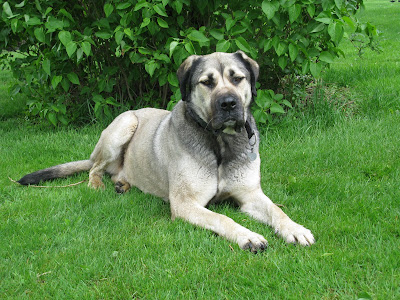 ...Bentley lay on the sidelines and watched it all from afar. He is just the best farm dog they could have wished for...a gentle giant of a dog! 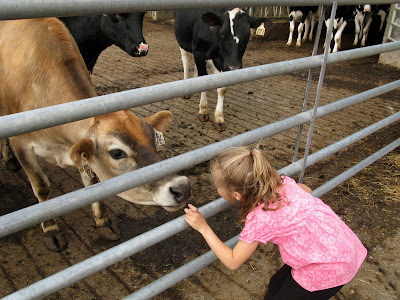 When the afternoon's kite-flying adventure ended...Emme wanted me to see her 'pet cow'. Where everything is black and white...Emme has made friends with the oddball in the crowd. When she shows up...her pet comes a-running. Too cute!

Quite intrigued by their kite-flying abilities of the previous day...the girls were back out there first thing Saturday morning. I was quite surprised to see them in my backyard... 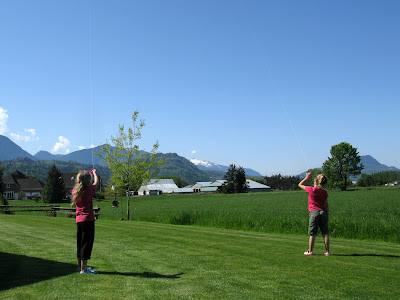 ...they had walked clear across the fields to my house...managing to keep their kites in the air...and away from each other. Oh what fun!
And while some of us were having fun...it seemed there was trouble out in the field. 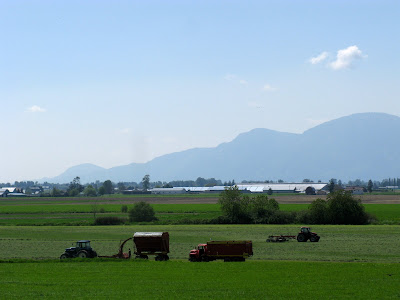 When the equipment is standing still...and guys are standing around scratching their heads...I know there's a problem. 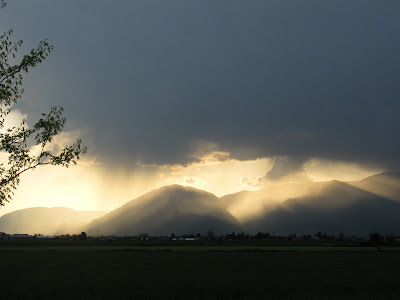 There were dark skies a-coming...and a hockey game that was on the evening's agenda...so thankfully the breakdown was not too serious...and the grass was in the bunker before the puck dropped. That's not to say there won't be more grass to cut tomorrow...but we take it one day at a time...down on the farm!
Yesterday was a most memorable Mother's Day...from start to finish. We were invited to the kid's next door for breakfast...and a wonderful breakfast it was! From there it was off to church...which was all about honouring moms. A mother and daughter shared what an impact the faith and prayers of a godly mother had in their lives.
And for lunch...we met the rest of our family at a wonderful local restaurant... 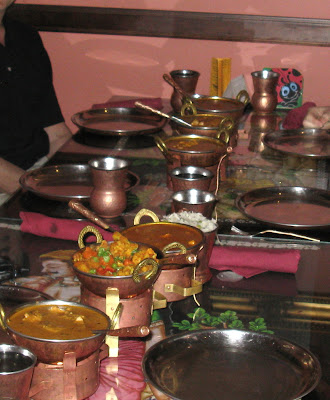 ...where we enjoyed East Indian cuisine. Other than naan bread and butter chicken...the dishes were mostly unfamiliar to me...but so good! And the complimentary dessert...and roses for all the moms was a nice touch.
And since the sun was still shining...and the day was still young...mother and daughter decided it was as good a day as any for a game of tennis. We had a fun time...and a good game...and let's just say that the daughter never let her mother win...even though it was Mother's Day!
As I mentioned several days ago...my dad is home from hospital and on the mend...at home (or so we thought). It turns out that we now need to make an appointment to see him...as he was out and about...galavanting...last night when we wanted to stop by. So thanks to all of you for your well wishes and prayers on dad's behalf...as he really is doing so much better.
It's Monday...have a wonderful day!