As promised...I'm back to give you my post-Whistler-outing report. We had a wonderful day scouting out Whistler...and so much more. It was still drizzling at our end of the valley when we left home in the morning...but we heard from reliable sources that the sun was shining in Whistler...and they were right. 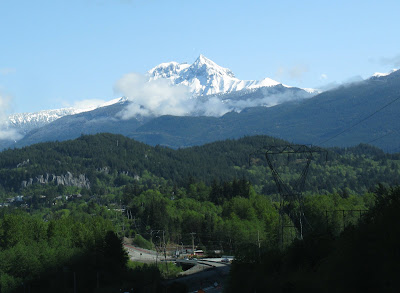 It was a most glorious three and a half hour drive...and much of it was at 50 kilometers per hour. 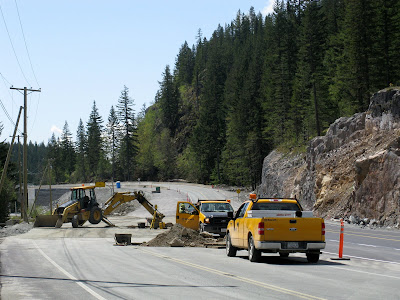 Our famous Sea-to-Sky Highway has been under re-construction for years...and it seems they are not quite done! But they have nine more months until the world arrives...and they will be ready. 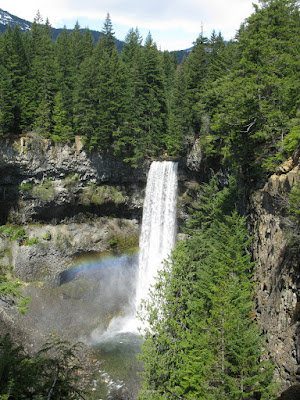 We stopped at Brandywine Falls enroute...a place I find it hard to drive past. A short five minute walk from the highway......found us at the top of of the most spectacular 70 meter waterfall.

A few miles further down the highway...we arrived at Whistler Village. Many of the ski runs are already closed for the season...but the parking lots were basically full. 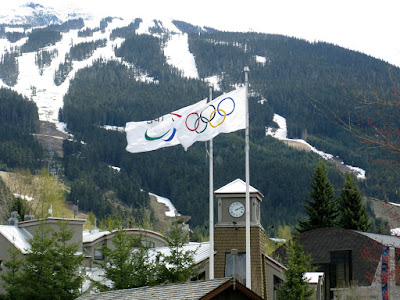 We spent the next while scouting out the village...enjoying the ambiance and the food...and a little shopping! 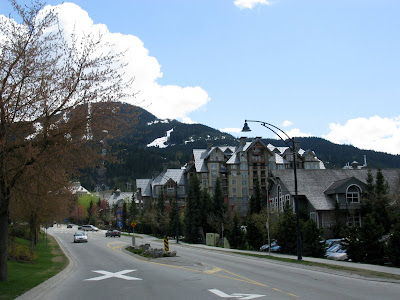 From there we drove out to the 2010 Olympics Athletes Village. There seemed to be much construction going on...and large signs indicated that only authorized personnel were allowed on site. Hmmm...I had hoped to show you a few photos...but couldn't talk my way past the sentries. (Not to worry...I have my sources and will be showing you the athletes accommodations sometime soon!)

The Athletes Village is situated south of Whistler...a neighbourhood which will be called Cheakamus Crossing. It is in a forested area...adjacent to a river...and so we decided to do a little hiking while we were there. 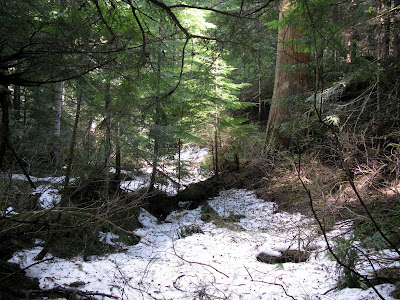 We hiked 4 kilometers along a rushing river...in search of a suspension bridge...and even found snow enroute (my Texas visitors were quite OK with that).

Our last stop before heading back home...was Alice Lake Provincial Park. It was more about using their restroom facilities...than actually visiting the lake...but once we realized we had to pay to park...we thought we should make our stay worthwhile. 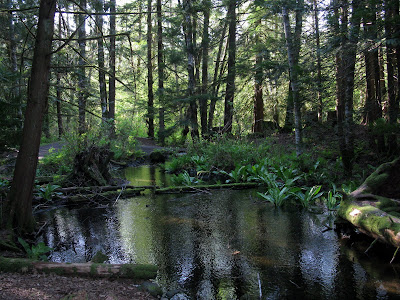 I took this photo along the 'swamp lantern trail'...quite a lovely spot. 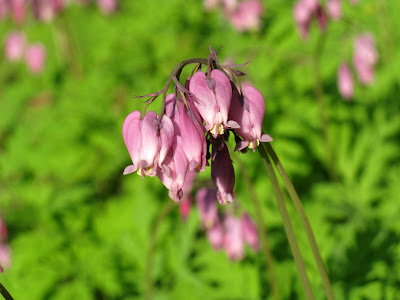 The wildflowers were in full bloom...looking rather like tiny bleeding hearts.

We bade farewell to the coast mountain highway...missed the rush hour through Vancouver...and thought we were on the home stretch. But it seems that is never to be taken for granted on the highway through our valley... 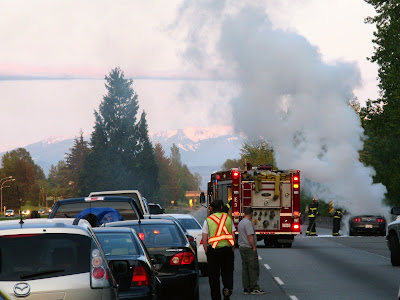 ...and we found ourselves on the wrong side of a car fire about 40 minutes from home. There's nothing like ending the day with fireworks! 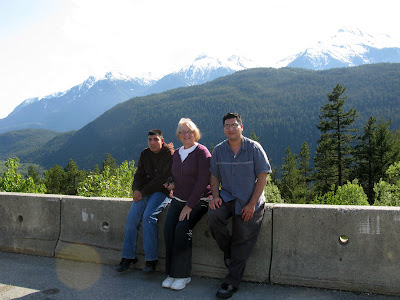 It was a fun time...the first visit to Whistler for my sister (Bev) and her two boys from McAllen, Texas.

The question of the day..."Will we be ready to host the world in nine months?" Ready...and waiting!

Have a wonderful weekend...