Winter is actually quite far from most minds these days...especially with the hot summer weather we've been enjoying this past week. However...on some level we are getting excited about next winter...as we here in British Columbia are gearing up to host the 2010 Winter Games. 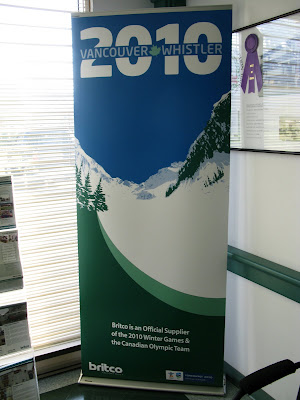 For most of us that hasn't required a whole lot of prep work...we just made sure we got our bids in on time to get tickets for some events. But there are many who have been busy working behind the scenes...and I happen to know one of those people very well. My son-in-law is part of the company that is an official sponsor of the 2010 Winter Games...and as such, has spent the last year or two totally immersed in preparing the housing for athletes and officials. 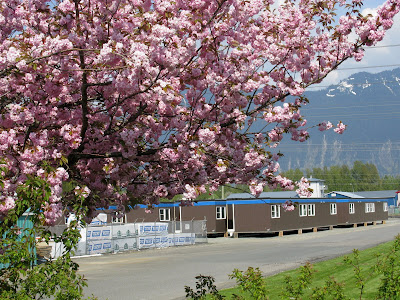 Britco was awarded the contract to design and build two permanent facilities at Whistler Athlete's Village...as well as temporary accommodations for close to 600 officials. 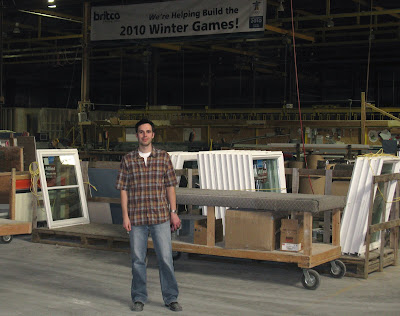 A few weeks ago I stopped by his workplace unannounced...and Tim was kind enough to give me an impromptu tour of the Britco plant. While the permanent buildings are being completed on site at Whistler...at the plant they are currently busy completing the modular homes which will be used to house officials. In partnership with VANOC and B.C. Housing...these structures will be part of an innovative social housing project. 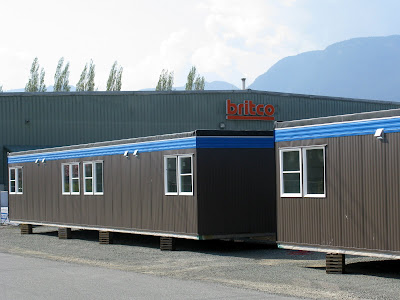 After the Games, the units will be relocated and converted to 156 permanent affordable housing units in five communities across our province. What a great idea!

As I mentioned recently...I thought I might just get a sneak peek at the lodge and townhouse project that are near completion while I was in Whistler. But no amount of name-dropping got me through the very tight security. 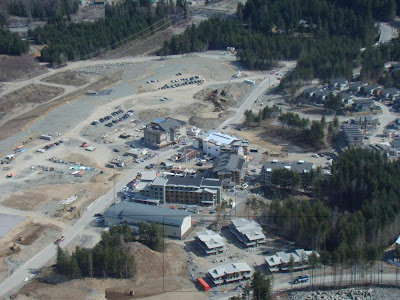 But...here is a photo that was taken from the air not long ago...with the marked areas being the Britco buildings that will be housing athletes during the Olympics.

So that is the Olympic 2010 update for today...brought to you from 'My Front Porch'. And if you are still thinking of trying to get tickets for any of the events...there are more tickets being made available on June 6th...including opening and closing ceremonies. Or sign up to volunteer...and be a part of the Olympic experience in Vancouver!

It will be hard to think of winter in any way, shape or form today...with temperatures soaring to record highs in our area. Have a wonderful day...and stay cool!