have you got mail?

I'm pretty quick to blame Canada Post if the mail does not arrive in a timely manner...or goes missing completely. But for the most part, we have a dependable (if not speedy) postal system. 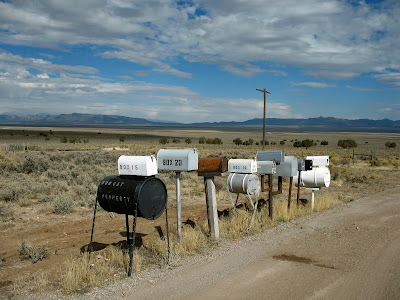 When I am looking for speed...why, I just peck away at the computer keyboard...hit 'send'...and in seconds my message is received by the eager recipient at the other end of the cyber-line.

That, in theory, is how it works! But on occasion...things don't go as expected. Case in point...

I have only one son-in-law...who happens to be the best! When I have computer issues...it is he that comes to the rescue. I had a new printer that needed installing, and so I sent him an e-mail at work recently...to see if he could schedule some time for me. No response! Then I sent him another e-mail with some pic's attached...requesting his feedback. Silence! Things were pretty busy at his place of work...and so I thought he just never had time to deal with his mother-in-law. Several days later I talked to my daughter...and asked her if Tim had mentioned the e-mails. Tim knew nothing about the e-mails. He checked...they were not in his in-box or in his trash. So he asked me to re-send them...and I did. Then he called to see when I was sending them...since they had not showed up. So I sent them again. At this point, Tim realized that mail from his mother-in-law would never be coming through to his in-box at work. He called in his high-tech superiors...who had no explanation of why the mail from my e-mail address could not be received. The IT guy who was trying to solve the problem...finally asked Tim whose e-mail address it was. He had a good laugh when he heard it belonged to 'the mother-in-law'...and suggested that Tim must have blocked my e-mails intentionally.

Does this look like the kind of guy who would block his mother-in-law's e-mails? 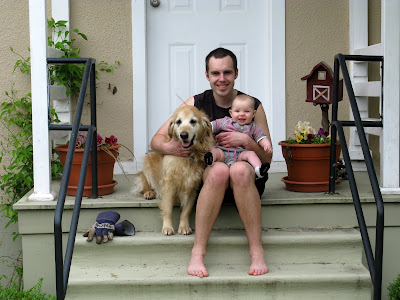 No way! Not only is he a wonderful son-in-law...he is also the best daddy to his little girl. Maybe I'll send him an e-mail and tell him so...and hope that the e-mail arrives at the right place.