We had a celebration here this weekend...a sixtieth wedding anniversary open house for my Uncle George and Aunt Kay. That is truly a milestone...and quite uncommon in this day and age. One would think that to have been married that long...they must be very old people! And that's the strange thing...they don't seem old to me. 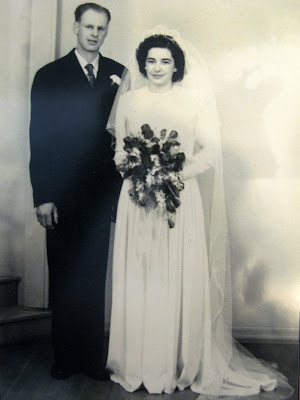 They were married in 1949...and always lived nearby when I was growing up...and so I have lots of wonderful memories of time spent at at their place. I wrote this little poem for their 'golden anniversary' ten years ago...and after exchanging a few words...found it worked just fine for the sixtieth as well.

We are ever so happy
To be here today,
To share in your 60th,
Uncle George and Aunt Kay.

I cherish the memories
Through all of these years…
You’ve been there for each other
Through laughter and tears .

I remember with fondness
The hours I spent,
Just playing at your house
…or sleeping in your tent.

Dogs, cats and sandboxes,
Playing in the sun,
Spending hours on the ditchbank,
Building forts was such fun!

On Sundays I often
would visit with you,
The T.V. was a treat,
At our house—a TABOO!

Memories of boat rides
And picnics in the park,
Riding with Uncle George
In a big, blue Monarch.

This brings the best of wishes
That you two will find
The days ahead even better
Than those left behind!
We had a fine time together yesterday afternoon...visiting with all the family...and honouring a couple who has gone the distance. We never talked about the hard times yesterday...and we know there have been those. We simply rejoiced with a couple who has stood by each other through thick and thin...and trusted in a God who never fails!


The sixtieth anniversary is called the diamond anniversary. Aha...and it looks like Aunt Kay is sporting some lovely new diamond earrings. 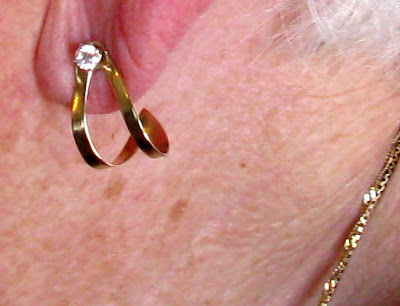 And so she was...and the diamonds came with a little story.

My Uncle George spent his entire career making damaged cars into things of beauty! But for some time now...he has been retired. Retired, yes...idle, no! He decided to quit working with metal...and start working with wood. He wasn't content with building simple pieces of furniture...and before long he was turning out the most intricate and beautiful violins. Not only did he build them...but he also learned to play them. 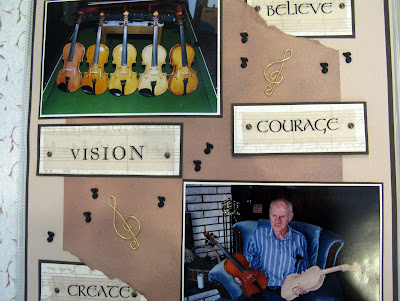 What a special treasure for his children and grandchildren...to have an instrument handmade by their dad or grandpa. 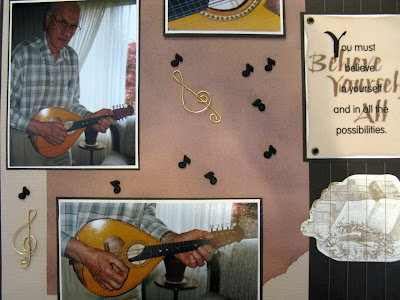 From violins...he moved to mandolins... 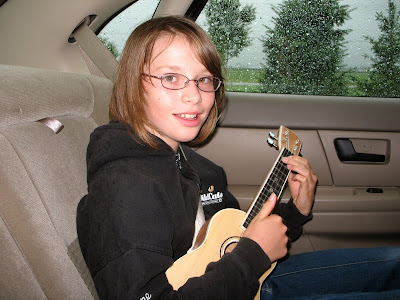 ...and his granddaughter was most thrilled with the ukulele that grandpa made for her last summer. Uncle George is a master craftsman...when it comes to musical instruments.

Not so long ago, he was in a jewelry shop...and got talking the the jeweler, who was most intrigued that Uncle George could build instruments. And so they struck up at deal. The jeweler is now the proud owner of a mandolin crafted by Uncle George...Aunt Kay got diamond earrings for her diamond anniversary. How special is that?

You have been a good example of how marriage should work...sharing the good times, bearing the hard times...laughing and living...trusting and forgiving... 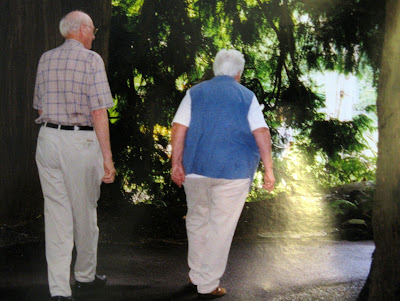 ...and walking through life side by side.


God bless you on your anniversary...and always!