Christmas may be just around the corner...and some have their decorating well under way... 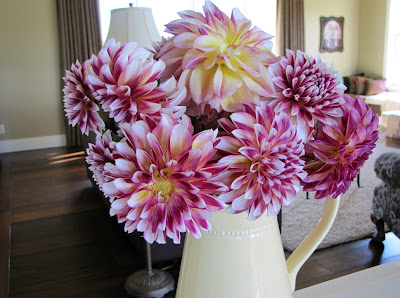 ...but over here I'm still putting fresh dahlias on the table and am not really in the Christmas mode just yet. 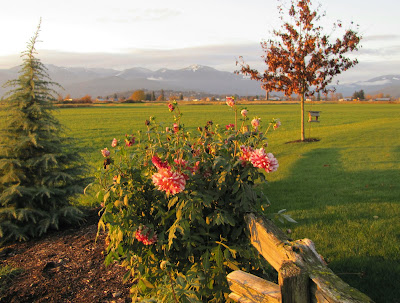 Yesterday was just a beautiful day...and so I made sure I spent a little time out-of-doors...as there is nothing but rain in the forecast for the rest of the week.

I'm thinking about Christmas...and making gift lists...and thought I might just pass along a few suggestions for those of you who have children to buy for. I like to have games, toys and videos on hand that my grands enjoy when they come to visit...so I'll give you a few of my favorites. 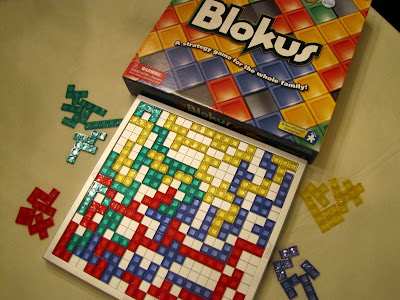 I've played this with the granddaughters and they really like it...but mostly I play it with my hubby...and it's a great game! The object is to get rid of all of one's playing pieces (impossible) and to block the other player(s) in the process. It is the most celebrated game of the 21st century (so they say)...and is the winner of a 'Mensa Select' award. It's fun...and it's good for you! 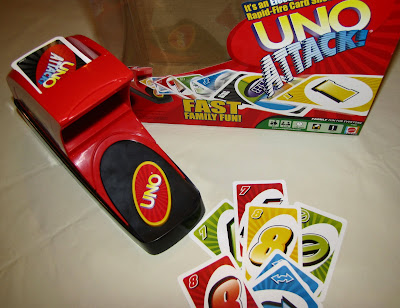 If you like playing Uno...here's a variation with a twist. Instead of drawing cards from a pile, players press a button on the card shooter, which shoots out a random amount of cards. Ryder has no idea how to play Uno, but loves pushing the button!

#3. Cedarmont Kids ~ CDs and DVDs (for the pre-schoolers) 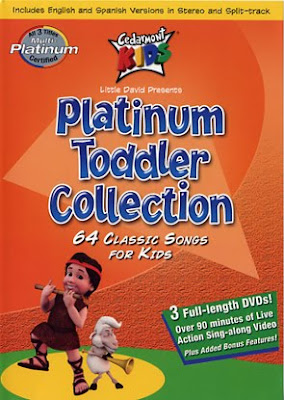 These are my favorite 'grammy videos'...and the grandkids love them. I'm thinking they were not made yesterday...but they have real kids singing old favorites and are a great teaching tool. I have a number of them...and have given them as baby shower gifts. Maelyn loves her Action Bible Songs video...and knows the song about Zaccheus word for word. Check them out at your Christian Bookstore...or on-line.

Those are my picks of the day. Have a wonderful weekend...whatever is on your list!