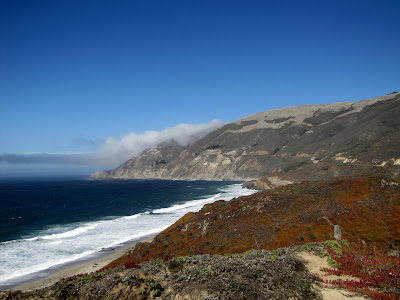 I'm not surprised to find that the Pacific Coast Highway of California made the list. We really enjoyed driving this scenic route a few weeks ago...and had fun exploring many neat places along the way.

The Pacific Coast Highway (also known as Route 1) was built in 1934 and winds it's way along the coastline for nearly 550 miles. We drove northward from Los Angeles... 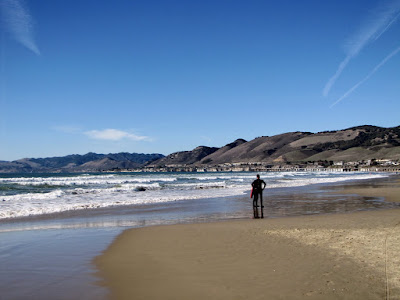 ...and stopped at Pismo Beach State Park to check out the butterflies. During the winter months the trees are totally covered in orange and black Monarch butterflies...that return here every year. 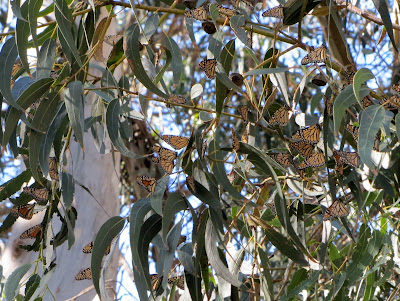 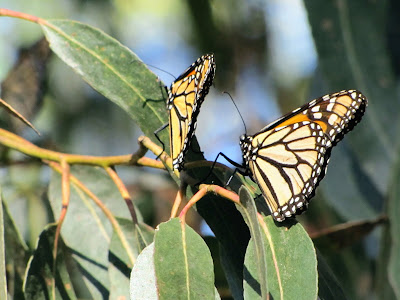 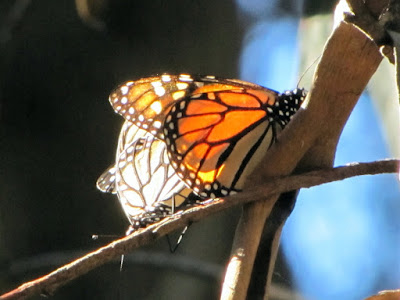 We were a little on the early side...but saw lots of clusters of butterflies as we walked to the beach. 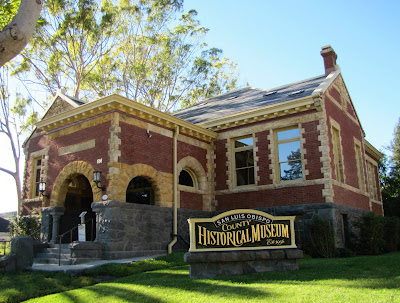 A little further down the road we stopped in San Luis Obispo...one of California's oldest communities and the site of one of the earliest Spanish missions in he state. 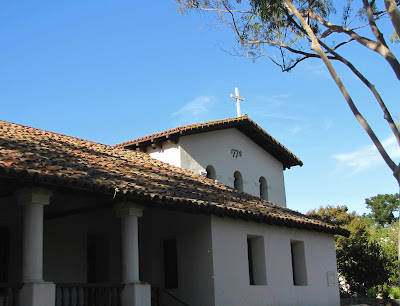 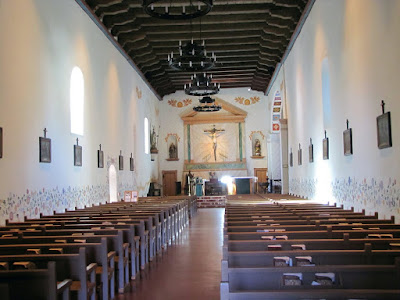 We checked out the mission...still in excellent condition and being used regularly...and enjoyed the riverwalk nearby. I'd have to say our highlight in SLO was the yummy ice-cream treat at a place called Foster's Freeze...an old-fashioned ice-cream shop that looks like it has been around almost as long as the mission.

Our next stop was Morro Bay... 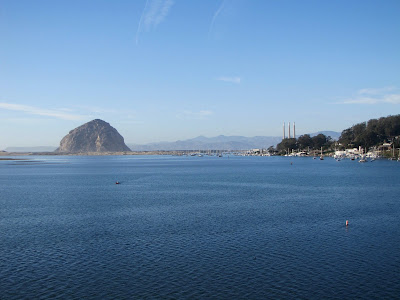 ...where the 518 foot Morro Rock loomed out of the water just off-shore. The landmark is actually a volcanic plug...and is a reserve for the peregrine falcon. 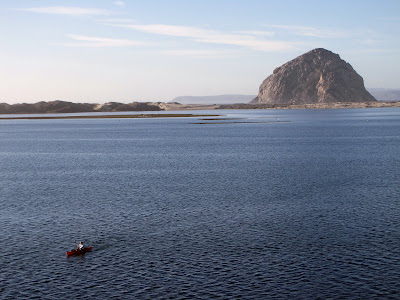 Kayaking, beach combing or bird-watching...this is the place. 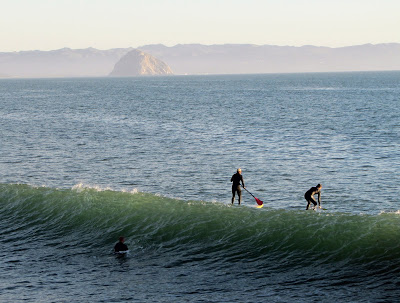 Just past Morro Bay, we watched the surfers riding the waves next to an ancient fishing pier at Cayucos. 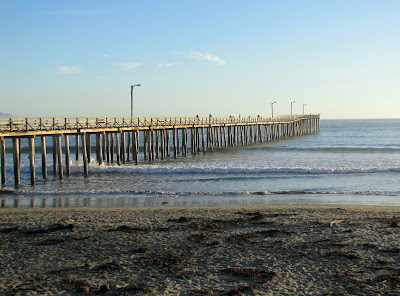 Cayucos lies about halfway between Los Angeles and San Francisco... a quaint little beach town with lots of historic buildings...known for good fishing and great beaches.

We left Cayucos just as the sun was setting...and spent the night at a B & B in Cambria. Our next stop along the highway is Hearst Castle...and I'll take you there soon.

And while I may be remembering our 'drive of a lifetime' today...I am not forgetting that it is Remembrance Day... 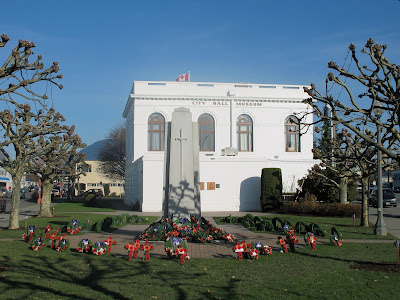 ...a time to commemorate those who have sacrificed on behalf of our country. A ceremony will be taking place at our 'city hall-turned museum' this morning...and the skies will not be as blue as they were in this photo taken yesteryear. I'm wearing my poppy!