the stones cry out...

Yesterday was a cool but dry fall day...and with a weather disturbance coming our way...we decided it might just be the perfect day to take a field trip. Somewhere out in the countryside of this valley is a small private cemetery...that was opened in 1937 for Mennonite pioneers in the area. 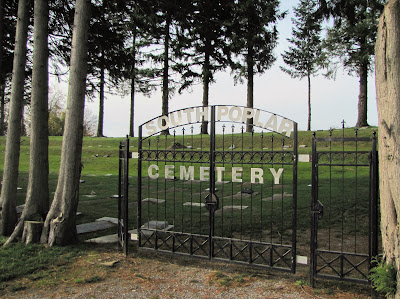 I had heard of it often...but never taken the time to visit. Now it seemed there was an excuse...even an urgency...to make the trip. My great-grandparents lay buried in this quiet and unassuming place. My father has on occasion throughout the years gone to visit his grandpa's grave. He has wonderful memories of his grandfather...who taught by example. 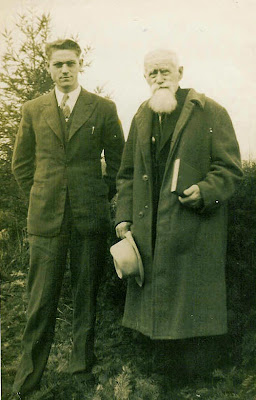 Dad ~ his grandfather
I'll give you a wee glimpse into the background of my great-grandfather. Jacob Wilhelm Baerg was born in Ackerman, South Russia on June 11, 1859. He was well educated...having studied botany in Germany...and was the manager of the government tree plantation, which employed four-hundred men. In 1886 he married Anna Thiessen, whose father was in the grain-exporting business and owned an estate on the Black Sea. Two of Anna's brothers were advisers to the Russian Czar and met with death together with the royal family. Jacob became a successful farmer and blacksmith, and was very innovative. He was the only one is his Russian village to have running water...and also invented a straw blower for the threshing machine. He lived with his family in a village called Grigerjewka, and was the pastor of the church. He came to Canada with his wife and children in 1926...and eventually settled in Aldergrove, B.C. 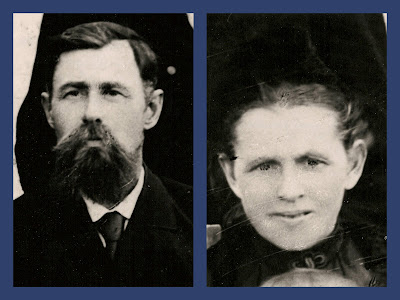 Earlier this year, dad and a cousin of his went to the cemetery and began reading headstones. They soon realized that their grandfather's headstone was almost illegible...and their grandmother's was nowhere to be found. They contacted the caretakers...who had no record of my great-grandmother's burial whatsoever. How could this be? My father knew approximately where she was buried, but there was no headstone bearing her name. Dad has in his possession papers that show which plot his grandmother was buried in...but it seems the cemetery has some one else in that plot...and a headstone with another name at that very location. My father and his cousin decided that something must be done to honour their grandparents. Their generation would soon be gone...and all would be forgotten. We as a family have pitched in to help with the cost of a new gravestone...and it is now in place.

It was decided that a double gravestone would be placed on my great-grandfather's grave... 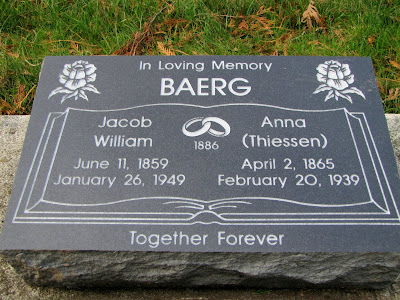 ...one that would commemorate both him and his wife. I rather like it...including the double ring with the date of their marriage. 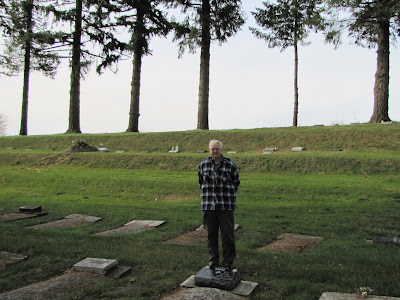 Thanks, Dad...for making it your mission to commemorate your grand-parents. Thanks for reminding us once again of our roots...we have so much to be thankful for.

While we were at the cemetery, Dad asked me if I would want to see my maternal grandfather's grave. 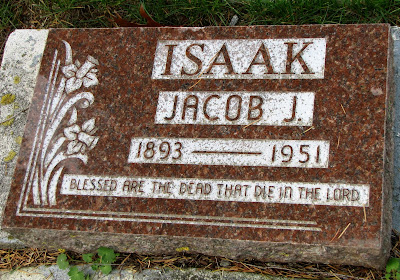 He passed away before I was born...and so all I know of him is what I have heard. But of course I would like to see his grave. 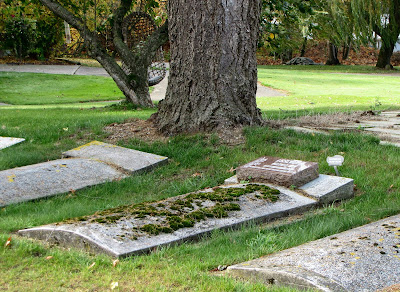 I think I will be back one day...with tools to remove moss. It seems we as descendants have not been too diligent in keeping things tidy. Maybe I'll organize another field trip one day...and invite some siblings and cousins to join me. 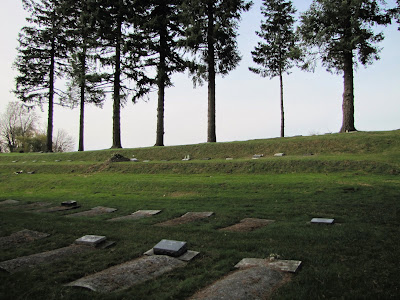 Cemeteries and gravestones seem to have lost their meaning for many of us in North America today. But I think it is important for us to know where we came from...to remember those who have gone before...who have in some way shaped our lives. Let's tell the stories to the next generation!

Don't expect a post on My Front Porch tomorrow morning...but you might want to check back towards evening.