In days gone by, it seemed of utmost importance that there was a son in the family to carry on the good name. And so it was that two brothers both hoped they would bear a son…as they were the end of the line. The year was 1945. One brother had three lovely daughters and it seemed his family was complete. The other brother had no children whatsoever…and time was slipping away. So it was with great joy, that the second brother and his wife gave birth to a child…and it happened to be a boy. Hans Eric was born on November 11, 1945…and there was great rejoicing in the family. The celebration was short-lived, however…as two days later their newborn son was called home to heaven. And so it seemed that this particular branch of the family tree had no sons to carry the name forward. What a surprise when some four years later, the first brother and his wife welcomed a son and heir into their home. That would be my husband!

I always found it quite amusing how his aunts treated him with such high regard…the 'name bearer'. And so when our first son was born they rejoiced that the name would be carried on. The aunt who lost her son when he was two days old brought us a gift… along with a card that was given to them the day their son was born. 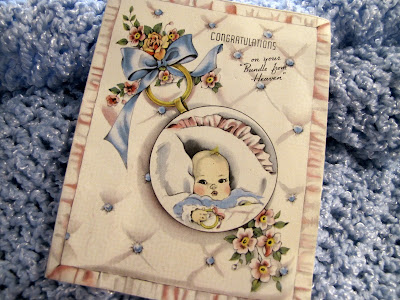 How special…a card that is now 64 years old. 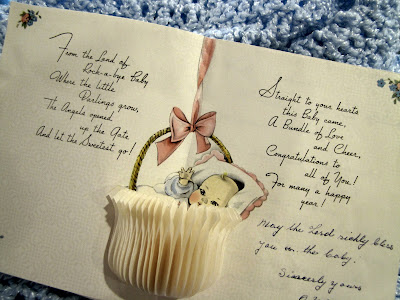 Oh yes…and as for that good name…we now have two grandsons that have the obligation and the privilege of carrying it with them. My prayer is that they will honour those who have gone before…and most of all, that their lives will be a blessing to the One who made them. 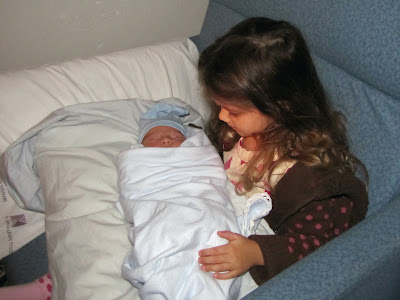 As for the most recent heir...he lies quite contentedly in his sister's lap...totally unaware of the name he carries!