a date to celebrate...

It is Friday night...a mild almost spring evening in the valley. Friends stop by to pick us up...we are on our way out for supper. There is much to talk about...as we are going on a Hawaiian vacation together in a week or two...and there are plans to make. Two country blocks from home...all talk and planning came to an abrupt end.

The last words I hear are..."Look out. He's not stopping!" And he never! 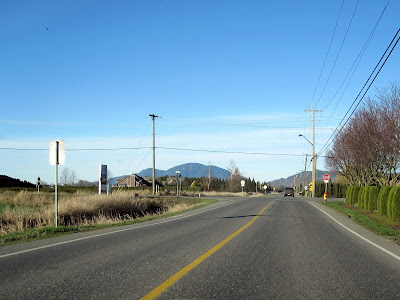 That was at this very intersection...fifteen years ago today. A truck hit us broadside...the driver later claiming he had not seen the stop sign. Life as we knew it changed at that instant. The car we were riding in came to rest in the field...and all was deathly quiet...for a moment. I thought maybe we were going to be OK. But then I looked over at my hubby...and I knew he was not OK. I can't even describe the happenings of that marathon evening...but hubby was critically injured and transferred to the intensive care spinal cord unit of Vancouver General Hospital by ambulance. The family was notified. Our oldest son was studying at UBC in Vancouver and met the incoming ambulance at the hospital. Son #2 had left for a weekend with friends in Calgary that afternoon...and when he arrived, he got the message that he needed to return home immediately...and so he began the 10 hour drive back. Our daughter was performing in her high school drama that week...and two of her aunts met her after that evening's performance to give her the news. Whether or not he would survive...or ever walk again...were questions we had no answers for that night.

One thing I knew...the cows still needed to be milked twice a day...and I had no idea what was happening in the barn. There were arrangements that needed to be made...before 5 o'clock the next morning. Our fourteen-year old neighbour...who milked for us on occasion...was my hero!

Sometime in the wee hours of the morning...we learned that hubby had a blow-out fracture in his lower spine...and head injuries. There was no quick cure for either. Jeremy arrived home from Calgary the next day...quit his job...and has been farming ever since.

It was a long and painful road to recovery. After a few weeks in hospital...he was released to my care...in a body cast. I was terrified. Nursing was never one of my aspirations...and I'm not much of a nurse. He wasn't always the best patient either! Those days, weeks and months are rather a blur...and included rounds of appointments with specialists and therapists and insurance company representatives...and keeping the farm going. It was many months before we went out for dinner...and when we did, he could not sit through a whole meal. It was summer before he drove again...and only then that he realized the repercussions of heads injuries. He had no idea how to get from Point A to Point B...a route he had driven many times. But slowly life returned to normal...a new normal.

That all happened fifteen years ago today! We never went out for dinner that night...we never went on our Hawaiian vacation for many years...we never went anywhere for a very long time. I shed tears on occasion...and felt sorry for both of us...and cried out to God to be my strength. He always heard...and answered in ways I can't even begin to recount. Friends and neighbours offered their help...and somehow we kept things going on the farm. Hubby is doing just fine...deciding long ago that he would rather work out on the farm than do those ridiculous exercises he was supposed to do. He lives life one day at a time...knowing each day is a gift from God.

February 24, 1995 is a date I would sooner forget...but it needs to be remembered. Today is the fifteenth anniversary of 'the intersection that put us on a new course'...and so we mark the occasion. We will have a special dinner...watch an important hockey game...and be thankful for all the moments we have shared over these years. 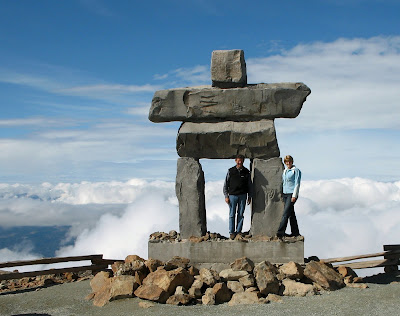 There have been mountain-top experiences...and some really tough times...and many ordinary everyday moments of life...and I am so thankful that we have been able to share them. And for that reason...this is a date to celebrate!