While most people that I knew were gathered around the big screen watching the Canada vs. USA hockey game... 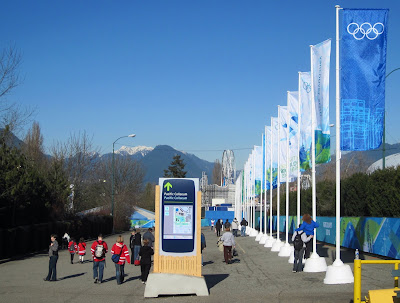 ...we were at the Pacific Coliseum in Vancouver taking in the ice-dance figure skating event. We were definitely in the right place...it was a wonderful evening! 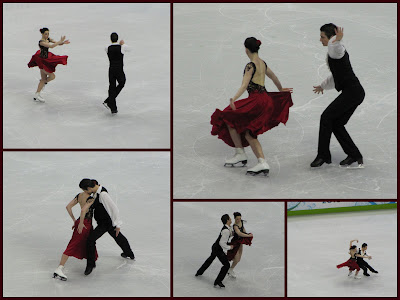 And having the Canadian duo of Virtue and Moir take the top spot nearly brought down the house...and also took a little of the 'ouch' from the outcome of last night's hockey game. We will be watching them tonight...and hoping they come through with a gold for Canada. 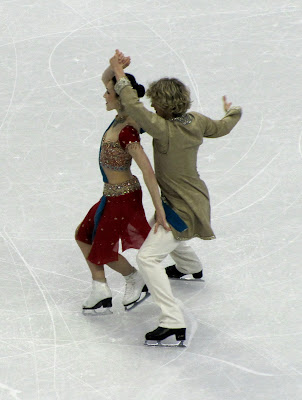 Coming in second...were Meryl Davis and Charlie White of the USA. 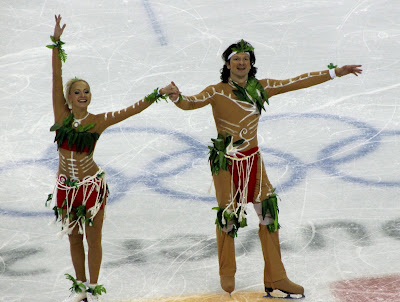 Placing third were Oksana Domnina and Maxim Shabilin...the number one ranked pair from Russia. They put on a nice show...though I wasn't that fond of their costumes or the music they skated to. 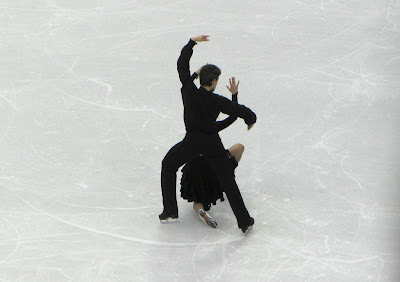 Poirier and Crone of Canada. 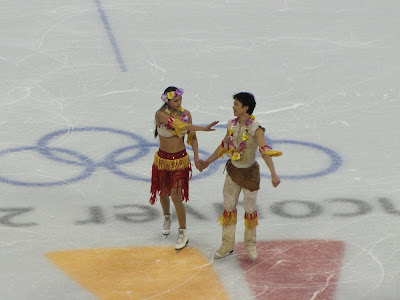 Christina and William Beier of Germany. 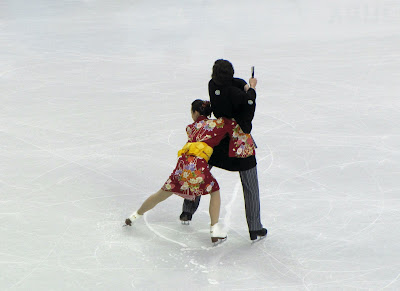 A brother and sister duo representing Japan...Chris and Cathy Reed. 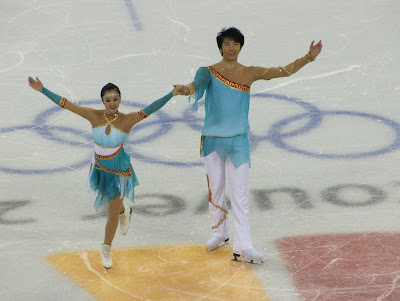 From China... Huang and Seng. 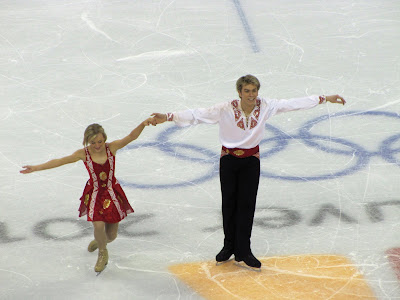 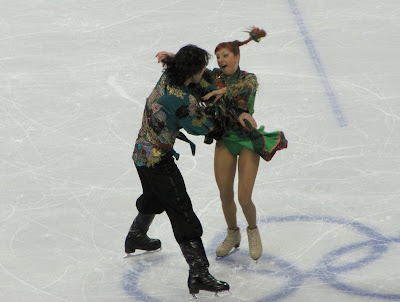 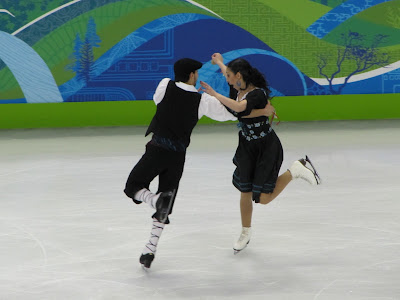 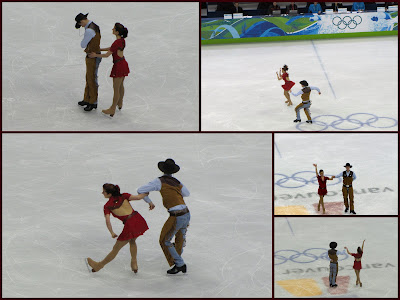 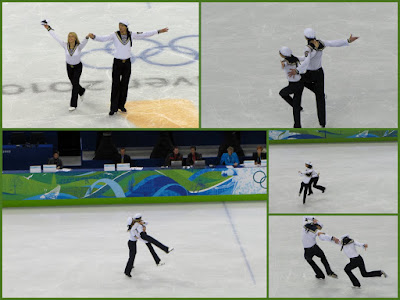 I so enjoyed this young couple from Russia...she is only nineteen and he is twenty. 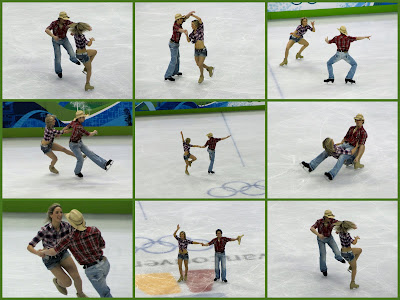 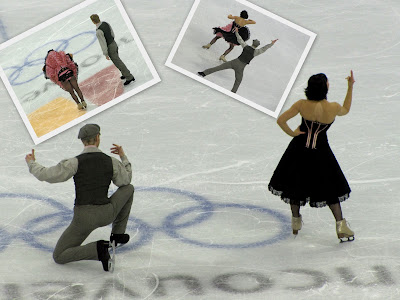 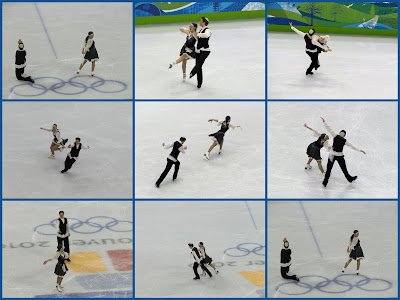 ...and Israel. By the time I uploaded my pic's...I had a hard time putting names or countries with some of the photos...so I'll leave them nameless until I've done my research! 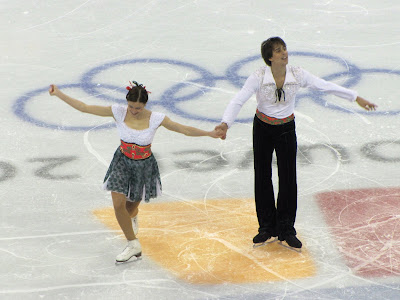 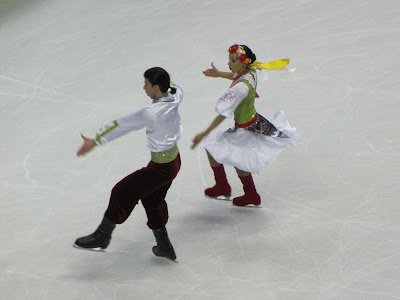 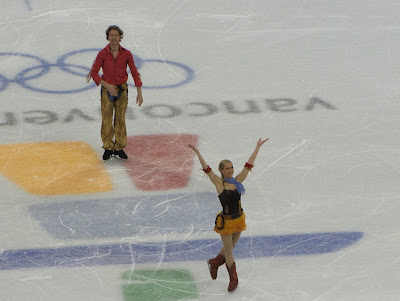 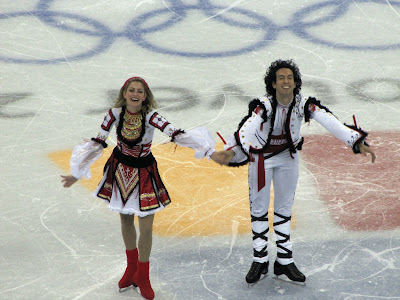 They all did a fabulous job....and we had a most enjoyable three and a half hours! 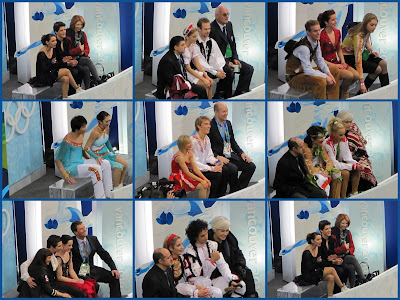 It was fun watching them as their scores were announced. All their training and hard work...compressed into a few numbers. And they were all such good sports! 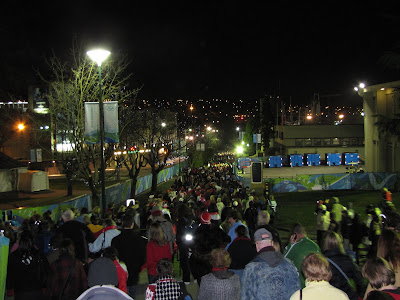 We arrived over the period of a few hours...under clear blue skies. We all left at once...under the cover of darkness. And we were all smiling!