We had tickets for the medal ceremony last night...but left for Vancouver in the early afternoon...planning to get a closer look at all things Olympic while we were there. 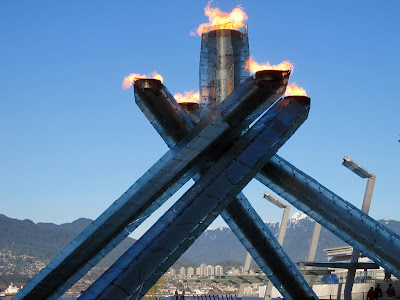 We joined the crowds at the waterfront...where the Olympic cauldron burns brightly. How this large structure remained secret until the opening ceremonies, is beyond me! 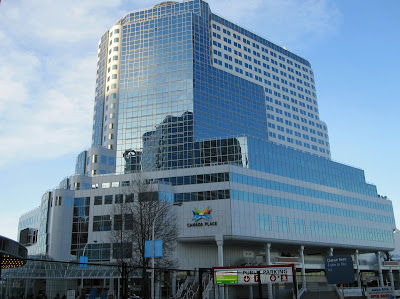 We walked a short distance to Canada Place...and to the second level of the Pan Pacific Hotel..which has been transformed into an aboriginal village for the duration of the Olympics. 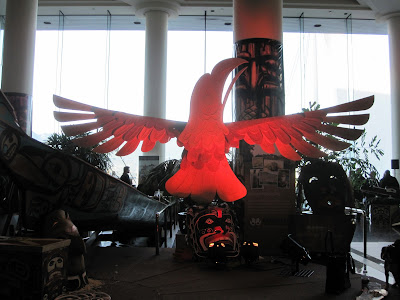 A canoe...carved out of 600-year-old cedar...is the centrepiece of the village called Kla-how-ya...meaning welcome. We strolled through the hotel...and out onto the deck...beneath the signature sails of Canada Place to join the visitors from around the world who were enjoying the incredible views on a clear winter's day. 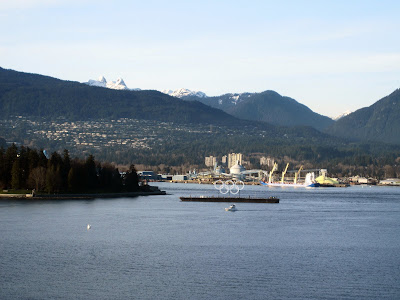 Floating on the water...not far away...are the iconic Olympic rings. 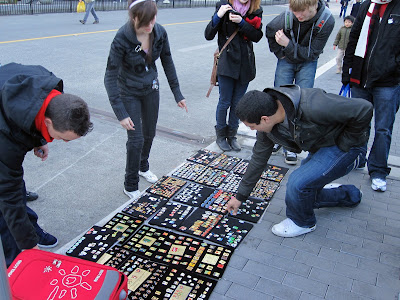 Back on the street...we passed by enthusiastic pin collectors. It's a big thing...apparently...trading Olympic pins.
A small crowd gathered around a dogsled team...which somehow looked out of place on the city streets. 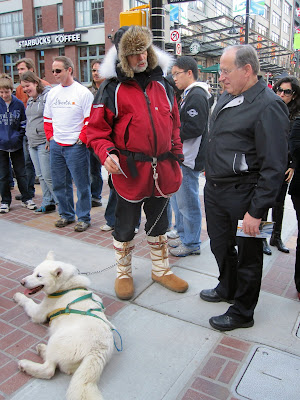 The owner...Olav Falsnes of the Northwest Territories...wearing his fur trimmed parka is chatting it up with passers by. He is in town to promote tourism to Canada's north and to market his sled dog business. 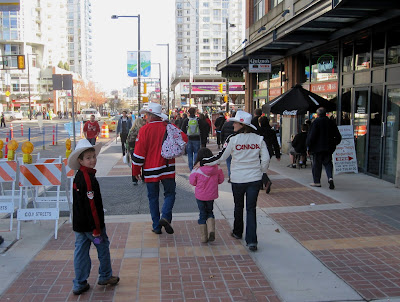 It was Alberta Day at the Olympics...and there were lots of cowboy hats out and about. We met visitors from countries around the globe...all sporting their national clothing. I wish tourists would always dress that way...it's rather nice to identify their native land.
We made our way to B.C. Place Stadium well before the evening ceremony. After all...these are the Olympics...we were advised to go early in order to clear security. Think airport security check! 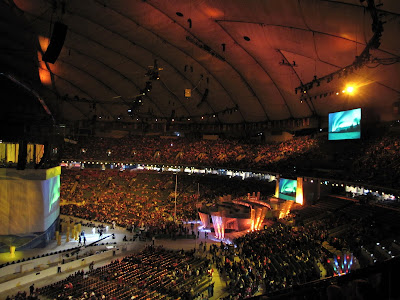 How thrilling to be a part of the medal ceremonies in a packed house...a sea of red. 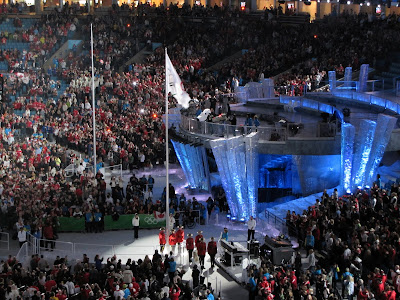 Ben Mulroonery and Tamara Taggert kept us entertained until the Mounties in red serge arrived...bearing the Olympic flag. Then it was on to the medal presentations...the highlight being a gold medal for Canada's first female athlete to receive a gold at home. Maëlle Ricker...entered to thunderous applause and a standing ovation... 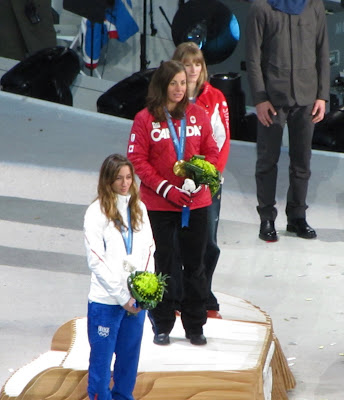 ...and heard 'Oh Canada' sung by a very large and enthusiastic choir. To share in the moment with all of the athletes...and to stand for the national anthem of each of the gold medal countries was awesome!
It was Alberta night...and our tickets included a concert by Paul Brandt following the presentations. You don't have to be from Alberta to like his music...and he's a good guy besides...being heavily involved with organizations such as World Vision and Samariatn's Purse. We stayed to the end...and then joined the throngs on the streets. 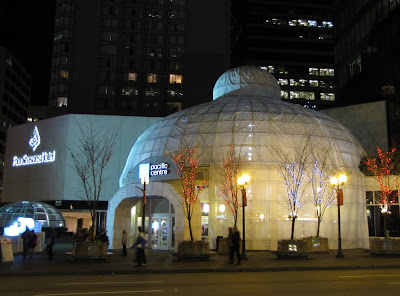 Igloos and ice...we can make it look like winter! 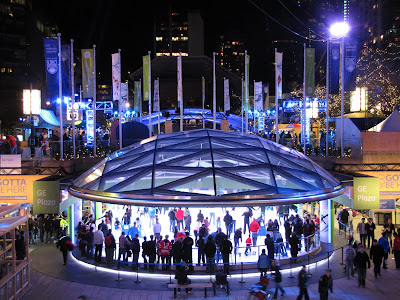 The outdoor ice-rink on Robson was a busy place late at night...as was the official Canadian Olympic store at The Bay. The line-up to get into the store stretched around the block at 11:00 pm...and it has been that way since the games began. It seems Canadian Olympic souvenirs are a hot item.
Before we left for home...we saw the fireworks in the distance... 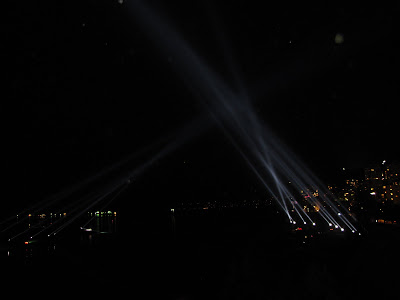 ...and watched the nightly interactive light show over the waters of English Bay. The Olympics will only be here once...and we are enjoying the experience.