a walk in the park

Walking is good! And walking is much better in good company. Last year I walked quite faithfully...and once I found a pedometer that actually stayed put, I even kept track of my steps for a time. This year it's been more about good intentions...than actually putting the soles to pavement. The battery of my pedometer has died...and so no steps have been counted as yet. It's funny how time goes by unnoticed when one walks with friends! And so I look for company on my walks. On Saturday I took two little girls along to the Vedder River Trail. Their idea of walking looks like this... 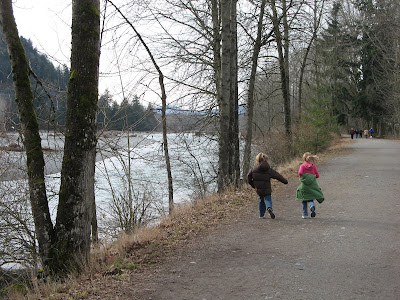 It seems only yesterday that we were pushing them in a stroller along this very trail...and then we pulled them in a wagon...and now they are running full steam ahead.

We had such a fun time! The Vedder Trail is the perfect place to walk the dog...and so it seemed most everyone had a pooch on a leash. The girls decided that all the dogs on the trail fell easily into one of two categories...they were either a frou-frou...or they were a brutus. What about a golden retriever? No hesitation...it was a frou-frou....and then they hastened to add that Uncle Tim had a frou-frou (which they thought was very funny)! As for their dear Bentley...he was a brutus. What fun! 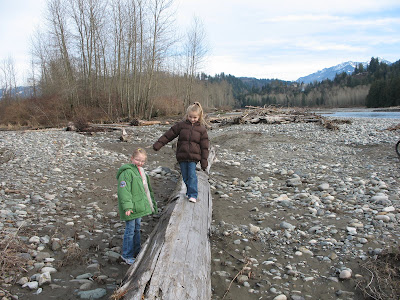 They walked the line... 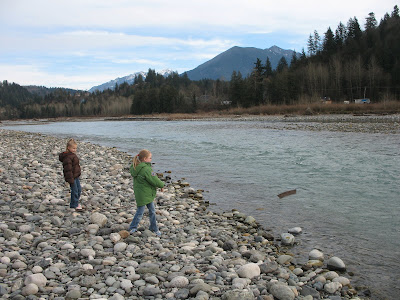 ...and watched driftwood being carried away by the current. 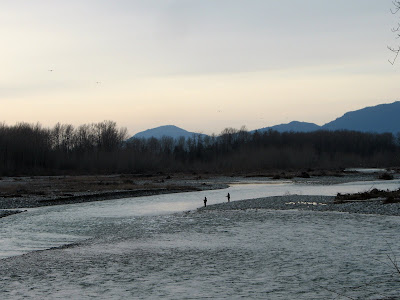 We passed by the fishermen...who stand patiently in the river for hours...almost motionless. We'd sooner be walking! 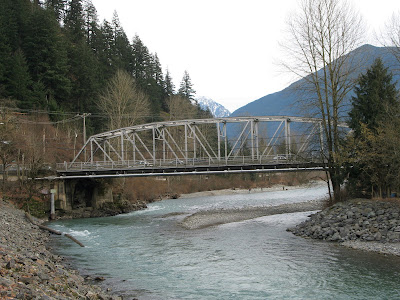 The miles pass by so quickly when one is in good company...and before long we were back at the bridge...where the walk began.

"Happiness consists more in small pleasures that occur every day than in the great pieces of good fortune that happen but seldom to a man in the course of his life." Benjamin Franklin

I'm with Ben...he had it all figured out! Take a walk...it's a small pleasure.