my collection of great canadian literature....

They may have Martha...and Paula...and the Barefoot Contessa...but we have our own favorites here in Canada. Have you ever heard of Jean Parè...an Alberta native who has become a household name in Canadian kitchens over the past few decades? She is the author of an entire library of Company's Coming cookbooks...and I must admit that I have a goodly number of her books on my shelf. 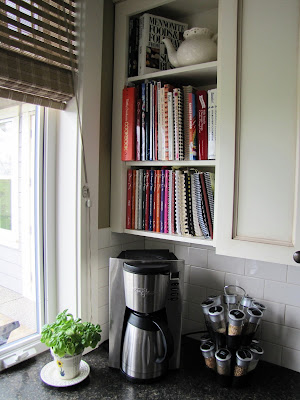 For many years Jean had a catering business in her hometown of Vermillion, Alberta...and with her success came the constant request for recipes. That led to the publishing of her very first Company's Coming cookbook in 1981...and a new one annually for the next six years. Today they are more than eight Company's Coming cookbooks published every year. (Unfortunately my library won't have room for them all!)
Jean's positive attitude, warm personality and her down-home recipes have helped to make her Canada's most popular cookbook author. She has sold over 27 million cookbooks....is the recipient of many awards and was appointed a Member of the Order of Canada...our country's highest lifetime achievement honour.
I still remember the first Company's Coming cookbook that I owned...it was called Muffins and More...and became a fast favorite! Someone must have needed that book more than I did... 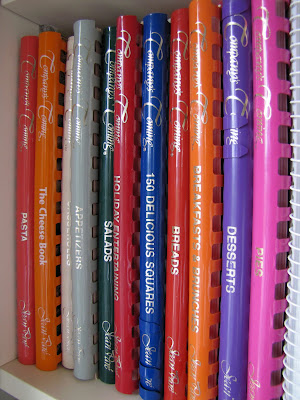 My most recent CC addition is Healthy in a Hurry....which was a gift from a dear friend not so long ago. 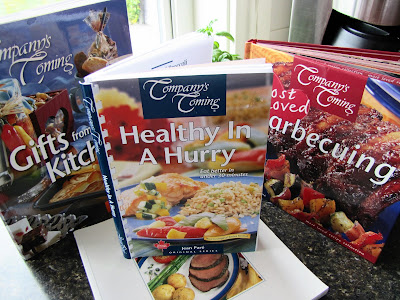 It's a collection of nourishing recipes that can be on the table in 30 minutes or less....I like that kind of fast food. I've tried several of the recipes recently... 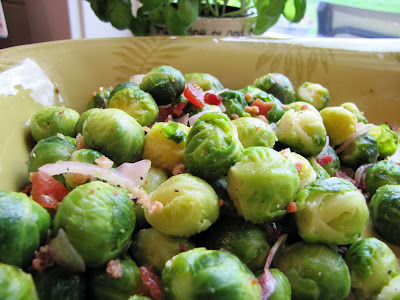 ...including a new way to cook brussels sprouts...a vegetable that finds it's way into my shopping cart only when hubby comes along to the grocery store. Dressed up with bacon, red onions, herbs and olive oil...and broiled for some 20 minutes...they become almost delicious! 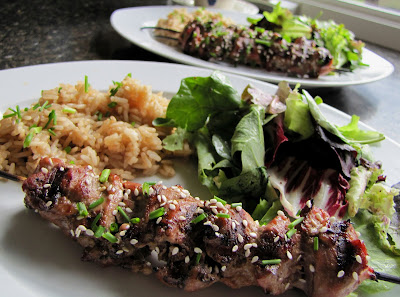 Yesterday we had 'sesame pork skewers' served with 'fragrant rice'...simply special!
If you have need of one more cookbook...I'd recommend one from the Company's Coming family. And if you are just visiting Canada...and need a good souvenir...let me suggest you take home a Company's Coming cookbook. Is it possible to have too many cookbooks?