There is a theory out there that everyone is at most six steps away from any other person on Earth. I am beginning to think that maybe that could be changed to four steps..or even three. Especially after all the connections that I have made with blogging friends this past week. 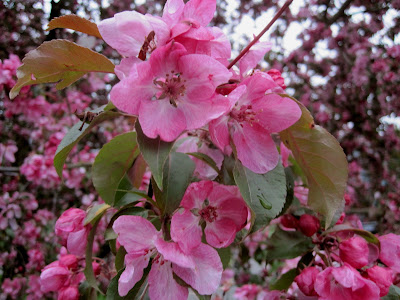 As I went for a walk last night (before the hockey game with the good ending)...I got to thinking about how small the world really is!

I met my blogging friend Pondside for dinner earlier this week...as she happened to be in my neighbourhood on business. We live many hours apart...grew up in different parts of the country...and met for the first time just over a year ago. It wasn't long before we made connections...she knew some of the same people we knew. I think she may even be spending time with a mutual acquaintance as we speak. 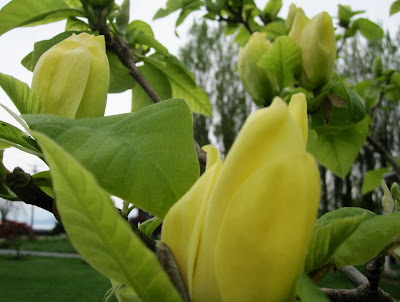 I met another blogger a few months ago...a gal who lives in Pondside's part of the world. Though we have not met in person...we discovered that we know many people in common. I have known her sister for years...taught her nephew in Sunday School...her brother was a pastor at our church some years ago...she knows my uncle and aunt...and my cousin is married to her uncle. Start talking...and you soon discover there aren't many degrees of separation! 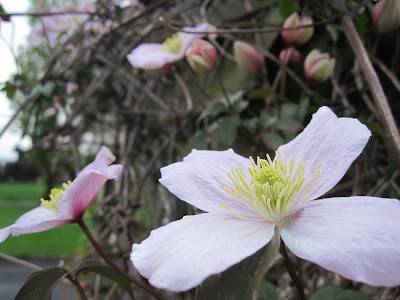 Last week...over at In A Garden's blog...I read all about a newly released book called Toad Cottages and Shooting Stars by Sharon Lovejoy . It is sub-titled Grandma's Bag of Tricks...and is chock-full of fun things to do with the grands. Though Sharon is an American author...and the book is published in the US...it didn't take me too long to find it on-line at Amazon.ca. Two days later...it was in my mailbox. I didn't know anything moved that fast with Canada Post! I am quite enjoying Sharon's great ideas for making fun memories with the grandchildren...many of them related to gardening and nature. Imagine my surprise when I read yesterdays recipe post over at MGCC...and noticed a comment by Sharon Lovejoy. That would be the Sharon who is a delightful author of children's books...who lives on the California coast or at her cottage in Maine...and whose book I hold in my hand. Yes...it is a small world. 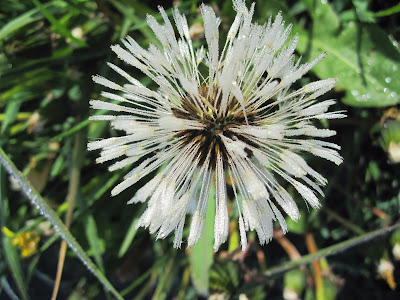 Yesterday I wrote a tribute to Hilda...a wonderful woman in my life who is celebrating her 85th birthday this weekend. No sooner was the post published...than I received an e-mail from Charlotte..my MGCC blogging friend from Winnipeg. She could not believe that I knew Hilda...as she was also a friend of hers. We had never before connected the dots! 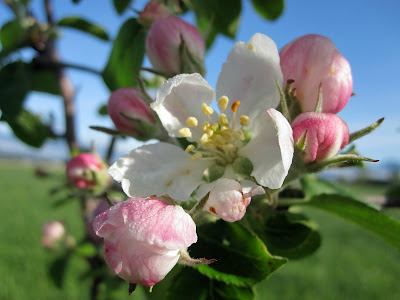 All I'm saying is...start talking to the people around you and you may be surprised what you learn! I'm thinking it is a very small world indeed.

Email ThisBlogThis!Share to TwitterShare to FacebookShare to Pinterest
Labels: minutia of life, stories