rollin' down the river...

The mighty Fraser River...as it is often called...flows through our valley and out to the ocean in Vancouver. 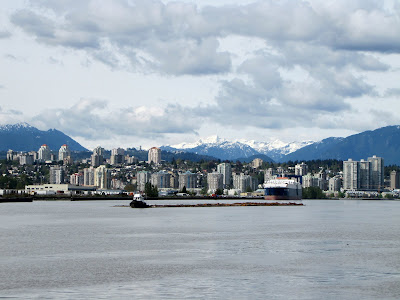 For the most part we look for bridges...in order to cross to the other side. Yesterday we decided to travel on the river...rather than over it! We found an entire busload of friends who were all ready to explore the river...buttonholed another friend into driving the bus...ordered up some sunshine and blue skies especially for the day...and drove out to the pier in New Westminster. There we boarded a paddlewheeler riverboat...and began our excursion. 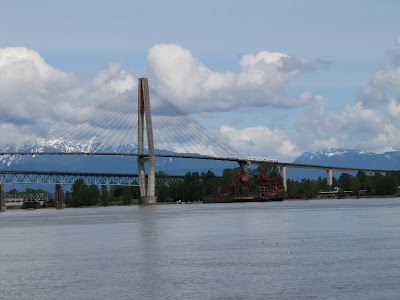 There's nothing like a narrated river tour to learn a little (a lot) about the river we cross over so often. The Fraser River begins as a clear stream some nine hundred miles from here...near Mt. Robson. It is still known as the number one salmon river in the world...though we know salmon stock have been dwindling in recent years. We saw fish jumping...and even a harbour seal as we cruised the river. 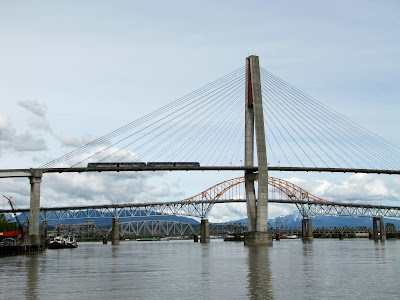 Yesterday we passed beneath the bridges. It was a whole new perspective! 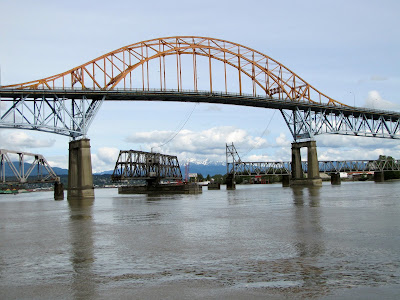 Some even opened up as we approached! 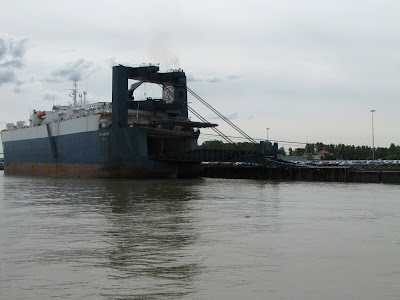 Though the river was not exactly a hub of activity yesterday...we saw freighters being unloaded... 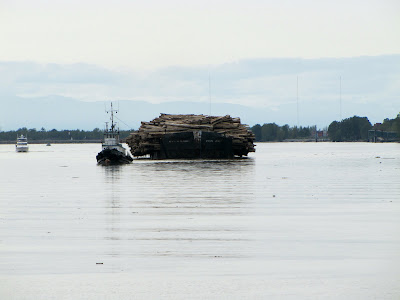 ...and lumber being towed upstream. 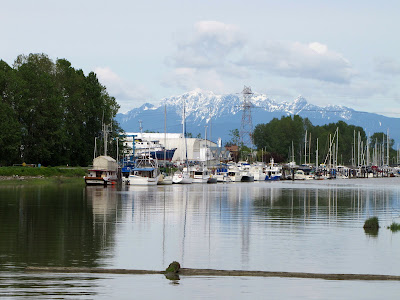 And off on the side channels...we passed by entire villages of houseboats. 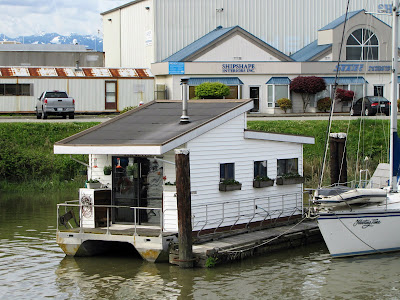 Some came with appropriate names...like 'The White House' pictured above. 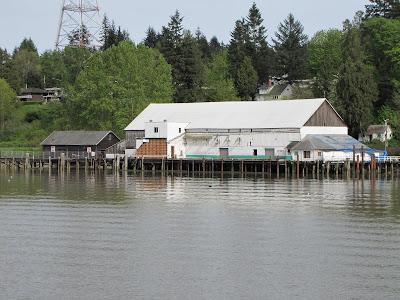 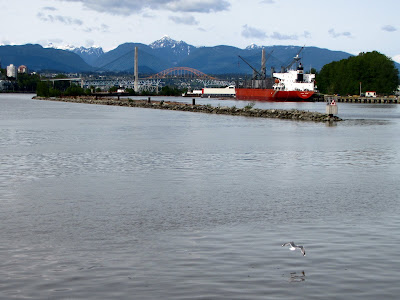 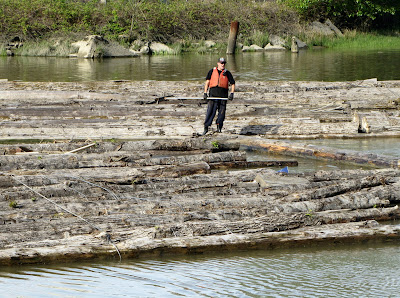 ...and men riding logs...all part of our Fraser River experience. 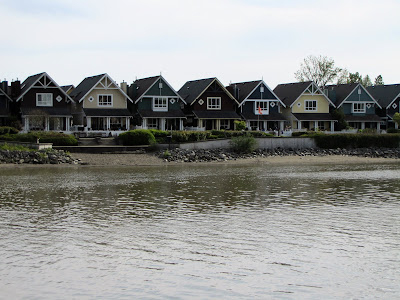 And for those who might be interested in real estate on the banks of the river...a row of quaint homes had some appeal. 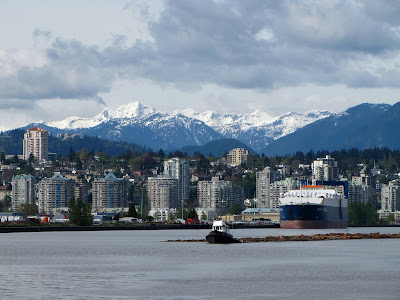 Several hours later we were back in New Westminster...after a most enjoyable afternoon on a paddle wheeler riverboat...and with a much better idea of what actually happens on the Fraser. 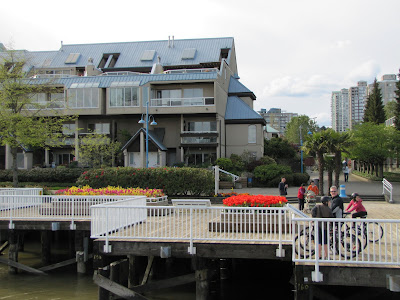 From our vantage point midstream...we also noticed a bike path along the shore. Maybe we'll check that out one day. 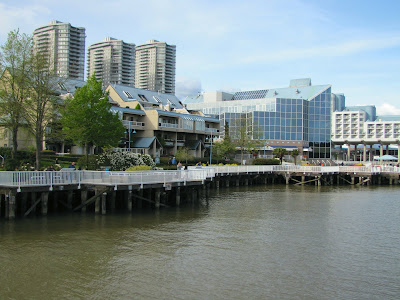 Soon we were back at the pier... 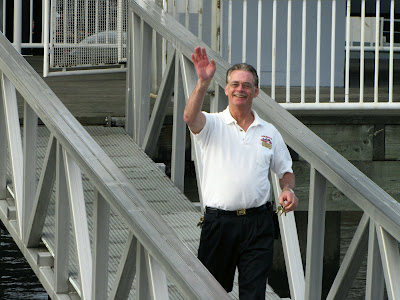 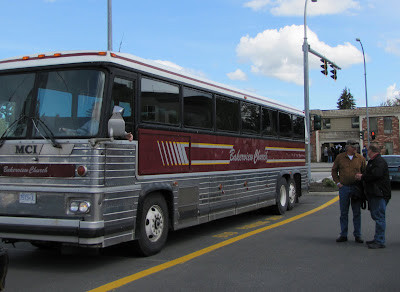 Oh...and our trusty bus driver was also a Frank. Frankly...it was a good Sunday outing. I'd recommend it!