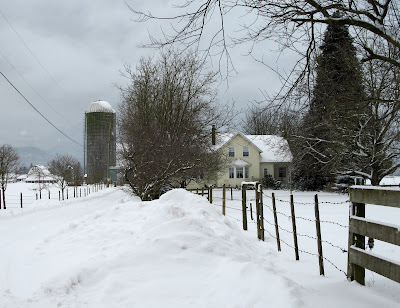 Here is one of my favorite old homes in our neighbourhood...a home that I visited on many occasions in my youth...and still visit every once in awhile. 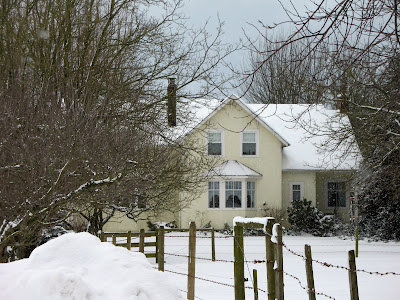 During our last snowfall...we had the privilege of being invited to a New Year's party at this wonderful place by the most hospitable owners. And, since not all the guests had been there before...we enjoyed a tour of the home and learned a little of its history. A most interesting history indeed! 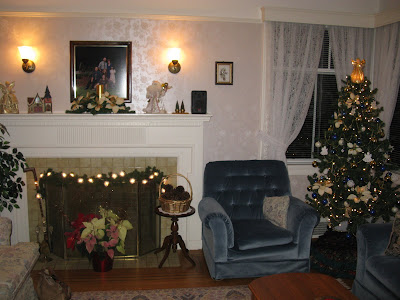 The original farmhouse was built about one-hundred years ago. The farm was purchased by a Montreal debutante who had been disinherited from her wealthy family for marrying the chauffeur. The young couple packed up and moved west to start a new life. Upon arrival at their new premises, Mrs. Allen (quite an eccentric woman) created a suite for the chauffeur in the machine shed...and that is where the husband lived for the rest of their married life. The farm had a herd of jersey cows became well-known in the area.

In 1950, Mrs. Allen sold the well-established farm to an Oscar winning cinematographer, Osmond Borradaile, who wanted the idyllic farm setting as a Utopia to raise his family. In actuality, he mostly left the running of the farm to his wife while he was off chasing his filmmaking career. Mr. Borradaile's connections brought famous friends to our fair town...and it is rumoured that Clark Gable slept in this farmhouse on occasion. His foray into farming lasted only one decade...at which time the farm was sold to the Epp family.

It was during the sixties that I visited the farm...even spending the night in the old farmhouse on one occasion. (Hmmm...maybe even in the same room where Clark Gable once slept.) 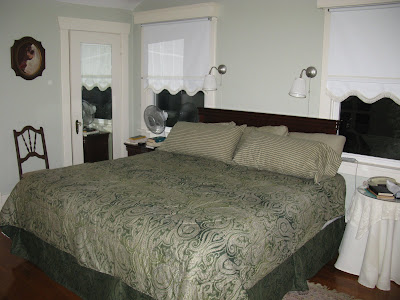 The years slipped by so quickly...and for the past thirty years the next generation of Epps have been farming at the same location. The house has undergone several upgrades, but much is still original....including baseboards, light fixtures and inlaid hardwood floors. 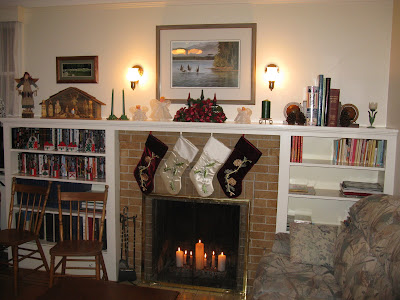 It's a great old house...and comes with more than a few wonderful tales. One of my favorite stories has to be that of the discovery of a room full of movie reels when the Epp family arrived in 1960. They also found a movie projector...and spent countless hours viewing movies clips left behind by the famous Hollywood movie-maker, Borradaille. Unfortunately the bulb on the projector burnt out...and times were tough...so it was replaced by a regular lightbulb rather than the specified one. They continued watching...reel after reel...only to discover that the bulb had burned up the film as they were viewing it. What may have been a national treasure (he was a Canadian)...became lost art.

Every house has it's tales...let's preserve them!

* * * * * * * * *
Many of you are asking about Jeremy. He seemed to show a slight improvement yesterday...so we are hoping he has turned a corner and is on the road to recovery. It sounds like it will be a long road. Thanks again for your continued prayers!