not a favorite hotel 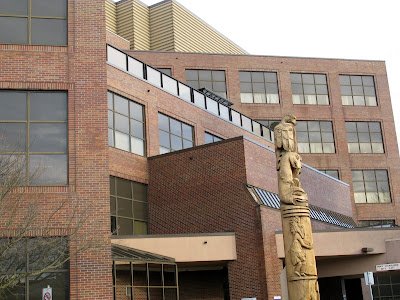 We have photos of an ecstatic Jeremy taken not so many years ago in the hospital. The occasion... 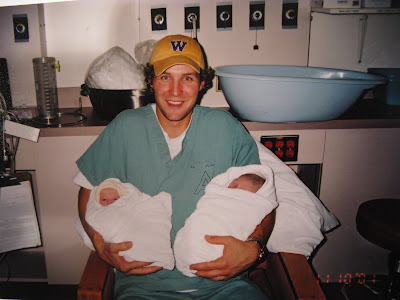 ...was the arrival of two precious little daughters, which marked his promotion to fatherhood. He couldn't have felt better than he did that day.

Not all his hospital stays have been quite such happy occasions, however. 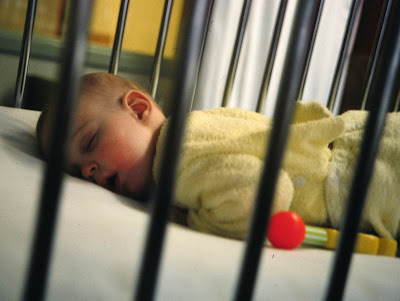 He gave us quite a fright when he was just 8 months old...and was hospitalized for about a week with an undiagnosed illness. 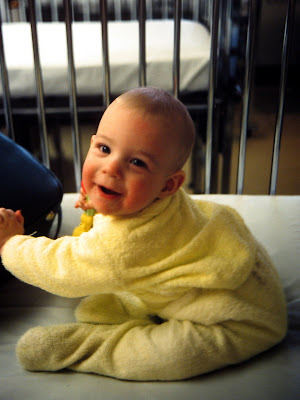 But long before they were ready to release him...he was shaking the bars of his hospital bed and begging for freedom.

Over the years he's been in great health...and would have had little or no use for doctors if it weren't for all the scrapes he got himself into. He knew the emergency room well...had broken bones, concussions and required stitches on many occasions. His visits to the ER were usually at the insistence of someone else...since he was always sure that he would heal quite nicely on his own.

Last Sunday he was hospitalized with pneumonia. Jeremy, who always works hard and plays hard, could work or play no more, and knew he needed help. We were certain that in a day or two he'd be home...nothing ever keeps him down for long! It's been almost a week...and we thought he looked a wee bit better yesterday morning. But the test results showed otherwise...and he is now in the Intensive Care Unit. And all his hopes of coming home soon are on hold for now.

He may have lost his strong voice and be flat on his back...but his sense of humour is still intact. He informed Tim (brother-in-law) that even with an oxygen mask, he could still take him on and win.

He's not in a hotel of his choosing...he misses his family...and he would love to be all better soon. Thanks for keeping my son in your thoughts and prayers this weekend.