still skating along at 86!

We know that no matter what our age my be...we can't take good health for granted. Last week, as my seemingly strong and healthy son lay sick in the hospital...my father drove out from his home 30 miles away to visit his grandson...and I was struck by the irony of it all! It's usually the grandkids who are visiting the grandparents in intensive care units across the country...not the other way around. 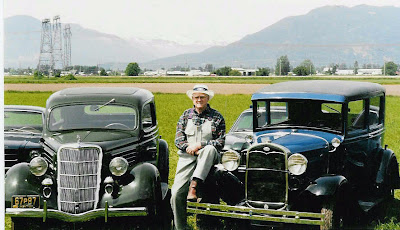 My dad is in his eighty-seventh year and still going strong. Don't ever tell him something can't be done...because he'll find a way to do it! I grew up in a household where there was nothing beyond repair...with a dad who could fix anything and everything. We never needed a repairman, a mechanic, a welder, a plumber, or even an upholsterer...they were all in-house. Since his retirement more than twenty years ago...he has kept busy doing things he loved. For the first dozen years he restored old cars...not just any old cars...but vintage Fords were his passion. He did everything himself...including the painting and upholstery. One of his 'projects' (a 1947 Monarch) now sits in our garage...going for a Sunday drive on occasion. These last few years he has tried his hand at woodworking... 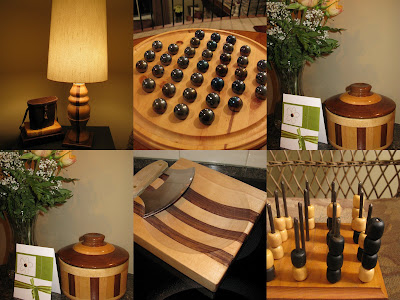 ...making wonderful treasures for us...his children and grandchildren.
When he retired from farming, he kept an old TD6 bulldozer...which stayed on our farm but was technically his. We used it occasionally...but that resulted in the firetrucks showing up in full force more than once. It sent clouds of blue smoke billowing into the sky...and well-intentioned passersby alerted the fire department. It had been parked for the last few years...and last summer dad decided that he would fix it up to sell. Not only did he solve the smoke problem...he spiffed it up quite nicely. Once it was ready for sale...Jeremy decided that we really should buy it, since it was Grandpa's project...it should stay on the farm, where it belongs! 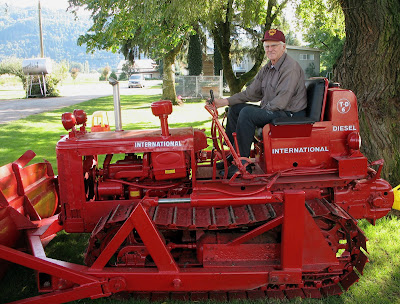 At age 86 he restored this bulldozer...that is quite a feat. But did someone tell him that you don't go ice-skating at that age? It seems they must have...because he decided to prove them wrong. I'm thinking his ice-skating adventure may have been more of a snow-plow experience, judging by the blanket of snow on the ice-rink. We do know, however,that he donned the skates and gave it a whirl...because someone sent me the photo to prove it. 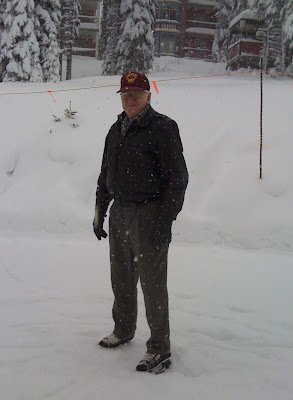 He's always up for a challenge...and I like that about him!
We're planning a family cruise in a few months time...Dad and all us kids...and some of the grandkids. Ten years ago he took us on a cruise...so this time we are taking him. It's a great way to have a family reunion...without any of us doing the cooking! We never know what tomorrow may bring...so let's make memories while we can.
Have a wonderful day...