We have a wonderful used bookstore in our town, called The Bookman...and it is has also been a favorite spot to take the grands since they were wee little. 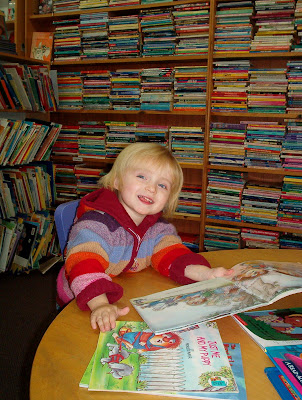 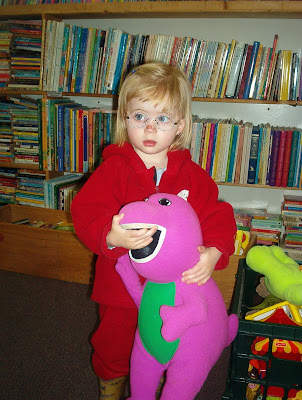 The girls have loved books from early on...and we usually leave with another book or two for Grammy's collection. 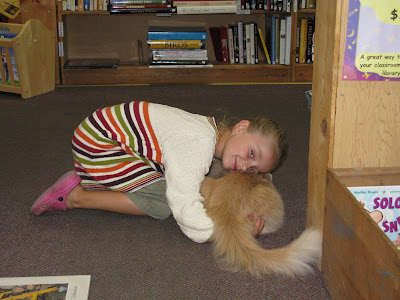 The resident cat is a drawing card as well...and always comes out of his hiding place when the kids arrive!

Last Friday night, while their mommy was with daddy in the hospital...we promised we would take them on an outing to the Bookman. Ryder even ate all his veggies...just to be sure he could join in the outing. Everything is open until late on Friday night...right? How disappointed they were when we arrived to find the door locked...and the sign saying closed. 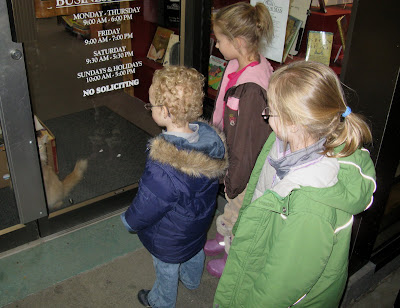 No amount of rattling the door latch would make any difference...although it did bring the cat to the door. What to do now? Hmmm...there is a bowling alley right across the street....and it's open until the wee hours...so why not take them bowling? We found shoes for everyone...and had a wonderful bowling session. 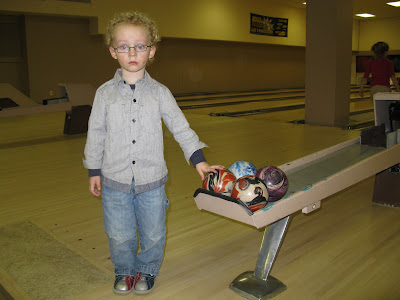 Ryder still wasn't quite sure about this...since he really had wanted to visit the Bookman. But after a little sulking...he warmed up to the idea quite nicely. 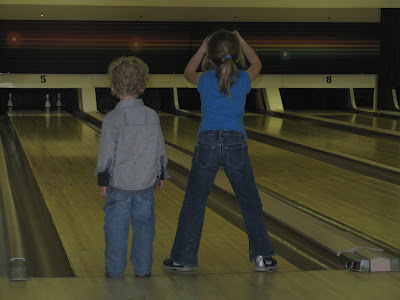 It had been two years since we took the girls bowling... 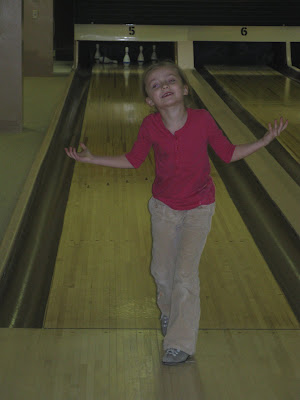 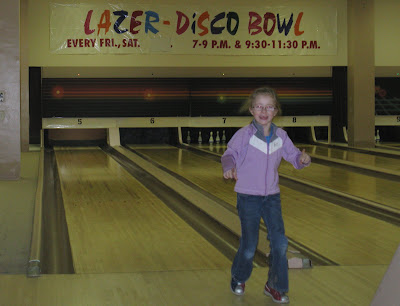 ...and they had improved immensely. It was also two years since Grammy had gone bowling...and her bowling skills had deteriorated greatly. So we made a great bowling team! We let Grandpa win the contest...and we three girls were in a dead heat. I think we'll go again soon...maybe just us girls.
But it's Friday again...and we are going to try visiting the Bookman once more. This time we will go before dinner...just to be sure they let us in!

Have a great weekend...